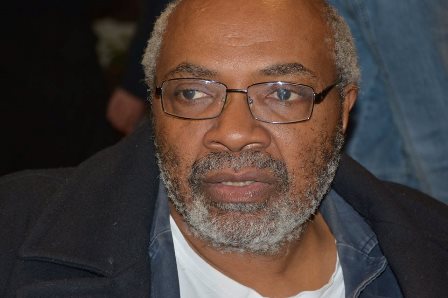 Note: This paper was prepared and delivered in part to a panel at the Union for Democratic Communications (UDC) national conference which was held at Wayne State University in Detroit during the weekend of September 30-October 1, 2016. Other panelists in this roundtable were Zenobia Jeffries of Yes! Magazine; Prof. Charles Simmons, retired from Eastern Michigan University and a former senior correspondent for the Muhammad Speaks newspaper in the 1960s and 1970s; Peter Werbe of the Fifth Estate and radio broadcaster in the city for years; and Reginald Carter, former managing editor of the South End and editor staff member of the Inner City Voice.
———————————————————————————————————–
Introduction: The Social Need for Independent Media

This conference of the Union of Democratic Communicators is well served by holding this gathering in the city of Detroit during this important period.

Detroit for the more than 180 years has been a center in the movements for the abolition of slavery and national oppression as a major conduit within what became known as the Underground Railroad. One of the first urban rebellions in the history of the United States occurred here in 1833 around the threat of sending Lucie, the wife of Thornton Blackburn, back into slavery in the South. After escaping from detention in Detroit they fled to Windsor, Ontario across the River. Their legal case established Canada as a refuge for Africans fleeing from involuntary servitude in the U.S.

Africans in Detroit in 1833 had threatened to burn down the city if this couple was turned over to slave catchers. Even though there was slavery in the formerly French and British territory and the history of Native removal warrants a separate panel to review, events surrounding the Blackburn saga has served to shape a method in which the political outlook of Africans in Detroit can be viewed extending to the modern period.

As it relates to media, the African population during slavery began to create its own communication mechanism through various forms. There were institutions which arose in the religious area that were independent in character and anti-slavery.

Some of the earliest of these institutions being the First African Baptist Church of the Southeast of the U.S. beginning in the late 18th century. Later the more well-known African Methodist Episcopal Church grew out of the African Society of Philadelphia led by Richard Allen, Sarah Allen and Absalom Jones.

In 1827 the Freedom Journal was founded in New York City under the leadership of Samuel Cornish and John Russworm. According to the Black Past website, “Freedom’s Journal was the first African American owned and operated newspaper in the United States. A weekly four column publication printed every Friday. Freedom’s Journal was founded by free born African Americans John Russwurm and Samuel Cornish on March 16, 1827 in New York City, New York. The newspaper contained both foreign and domestic news, editorials, biographies, births and deaths in the local African American community, and advertisements. Editorials deriding slavery, racial discrimination, and other injustices against African Americans were aimed at providing a counterweight to many of the white newspapers of the time period which openly supported slavery and racial bias….”

…. Nonetheless, the new technology does not create conditions for the dismissal of tried and tested technics of organizing and mobilizing. The need for one-on-one contacts, sit-down meetings, and the deliberate physical confrontation with adversaries within the corporate structures and the capitalist state are still required to make effective change and to conduct meaningful political education.

This is why the discipline of organization remains a necessity. In our view the intellectual and ideological methodology of Marxism cannot be severed from the Leninist view of revolutionary organization deriving from a clear understanding as it relates to the role of the capitalist state ….

The executive vice president of the Republic, Delcy Rodríguez, denounced on Tuesday the dispossession of all the assets of Venezuela, specifically Citgo, in the Crystallex case reopened by a court in Delaware (United States).

“We wanted to update the illegal and unlawful situation that continues in the United States as part of a large plot of international organized crime among the criminal chief Juan Guaidó; as a participant of this band, Mr. Carlos Vechio and with a character on which we focus today, Mr. José Ignacio Hernández, the criminal mind that has been behind the dispossession of all the assets of Venezuela abroad and especially in the US,” Rodríguez explained at a press conference in Caracas.

She argued that Hernandez, who called himself “prosecutor” of Venezuela abroad, served as a lawyer for the Canadian company before Guaidó proclaimed himself as “interim president” of Venezuela….

During the opening of the United Nations General Assembly this week, the United States came under fire. “U.S. imperialist economic sanctions are weapons of war and must end now,” declared Viola Plummer, chair of the December 12th Movement International Secretariat, at a march and rally to lift the illegal U.S. sanctions on Zimbabwe, held in Dag Hammarskjold Plaza on Saturday, Sept. 21, 2019.

A counterprotest by the Zimbabwe opposition Movement for Democratic Change got rowdy at one point, but did not take away from the December 12th Movement’s position.

The plaza was filled with protesters condemning U.S. economic sanctions on Zimbabwe and Puerto Rico, which have a devastating impact on the people of both nations.

“We are all here in unity and solidarity to expose the racist foreign policy of the U.S., which is rampant around the globe. In Zimbabwe, basic human needs, including medicine and medical supplies, water purification systems, fuel, agricultural equipment and national infrastructure development, have suffered due to severe illegal sanctions on international trade, loans and currency manipulations,” Plummer explained.

Puerto Rico, a U.S. colony referred to as a “territory,” crippled by the hurricanes and the effects of climate change, has been willfully neglected and denied adequate U.S. emergency management assistance. The island nation is recovering at a snail’s pace. The people resisted en masse and forced the resignation of the corrupt Gov. Ricardo Rosselló in July. New York City protesters vowed to fight on.

“The U.S. imposed economic sanctions on Zimbabwe in 2001, in response to their land reclamation program, which returned the vast lands stolen by a tiny sector of former British colonizers to the indigenous Zimbabweans. Further, the 2019 summit of the 16 heads of state in the Southern African Development Community condemned the illegal economic sanctions that have affected the entire region.

“The summit declared Oct. 25, 2019, as the date on which SADC member states can collectively voice their disapproval of sanctions through various activities and platforms until the sanctions are lifted,” Plummer concluded.

The December 12th Movement has also conducted this campaign in Pan African unity. For more information, call 718-398-1766 or visit http://d12m.com/.

ICE out of MKE

Join us Thursday, October 3 at City Hall to urge the Fire and Police Commission to immediately consider policy changes to include non-collaboration between the Milwaukee Police Department (MPD) and ICE.

The Policy Commission previously postponed their initial vote in face of mounting community pressure. We need to send the message that there can not be further delay.

This is important to all community members because we propose (unless in the case of a judicial warrant) MPD:
* Will not assist in ICE raids.
* Will not use any resources for immigration enforcement.
*Will not report people, share info with, or collaborate with ICE.
* Officers won’t investigate immigration status at any point.
*Officers will not comply with warrantless requests from ICE to detain someone or transfer someone to custody

Contact the Voces office if you need transportation or have questions: 414-643-1620

The latest casualties in the war on the environment in Palestine were 450 olive trees destroyed last week by Israeli army bulldozers. The destruction of the Palestinian-owned trees took place in the villages of Bardala, in the Jordan Valley, and Yatta in the southern West Bank. Dozens more were also destroyed by illegal Jewish settlers.

It is a myth that only Zionist Israel “made the desert bloom.” On the contrary, since its establishment on the ruins of more than five hundred Palestinian villages and cities that it has destroyed and wiped off the map, Israel has done the exact opposite. The land inhabited by Palestinian Muslims, Christians and Jews for thousands of years has been disfigured beyond belief by Israel in the matter of a few decades.

“Palestine contains vast colonisation potential which the Arabs neither need nor are qualified to exploit,” wrote one of Israel’s founding fathers and first Prime Minister, David Ben Gurion, to his son Amos in 1937.

Zionist Israel, however, has done more than just “exploit” that “colonisation potential”; it has also subjected historic Palestine to a relentless and cruel campaign of destruction that is yet to cease. This is likely to continue as long as Zionism prevails as a racist, hegemonic and exploitative ideology.

Since its very early days, in the mid and late 19th century, political Zionism has misled its followers in its depiction of historic Palestine. To encourage Jewish migration to Palestine and by way of providing a semblance of moral justification for Jewish settlements, Zionism constructed myths which remain a central theme to this day. According to early Zionists, for example, Palestine was a “land without a people for a people without a land”. It was also said to be an arid desert, awaiting Jewish colonialists from Europe and elsewhere with the urgent mission to “make it bloom”.

What the Zionists have done to Palestine, though, is rather inconsistent with their intellectual discourse, as racist, colonialist and exclusivist as it always has been. The land of Palestine, around 10,425 square miles from the River Jordan in the east to the Mediterranean Sea, became the subject of a cruel experiment, starting with the ethnic cleansing of the Palestinian people and the destruction of their villages, land and crops in 1948. This exploitation of the land and its people has grown with intense fervour through subsequent generations.

Havana will again serve as a meeting place for those who defend peace, solidarity, and justice, November 1-3, 2019

To discuss the needed articulation of movements, organizations and groups focused on the struggle against imperialism, the Cuban Social Movement Coalition has called an Anti-imperialist Solidarity Conference for Democracy and against Neoliberalism, November 1-3, in Havana’s International Conference Center.

Ulises Guilarte de Nacimiento, member of the Communist Party of Cuba Political Bureau and secretary general of the Federation of Cuban workers, described the event as a broad, massive mobilization of the regional and world left to support our Revolution.

“Cuba is again a meeting place for those who defend peace, solidarity among peoples, justice, and democracy based on the true power of the progressive masses,” the Cuban leader stated, emphasizing that the event will propitiate debate and interaction around a program of concrete action to condemn the brutal economic, commercial, financial blockade imposed unilaterally by the U.S. government.

He said it will be an opportunity to build and reinforce unity among these forces, to continue the struggle for systematic change in the face of a capitalist offensive to impose neocolonialism, racism, and other forms of discrimination.

To be considered is the media war launched by imperialism, along with our own creative communicational strategies to provide accurate information.

Five work groups will meet during the event to gather opinions and initiatives to oppose belligerent U.S. foreign policies, that has led to armed conflicts is all parts of the planet. An open tribunal will be held in a Havana neighborhood, and one group will meet at the Latin American School of Medicine to learn about Cuba’s solidarity in the academic training of youth from around the world.

Some 1,000 delegates are expected, from all continents, along with representatives from the Cuban Social Movement Coalition, which includes the Committees for the Defense of the Revolution, the Federation of Cuban Workers, the National Association of Small Farmers, the Federation of Cuban Women, the Cuban Peace Movement, and the Martin Luther King Center, among others.