Join the Moratorium Now! Coalition, Take Back the Land, the Chicago Anti-Eviction Campaign, Oregon’s Project REconomy, the Bail out the People Movement, North Carolina FIST, Occupy Detroit and other community organizations and activists from across the U.S. at a:

Agenda and registration on line at www.nationalmoratorium.org

In recent months, there has been a tremendous upturn in the movement against foreclosures and evictions. From Detroit to New York to California the Occupy movement, unions and many community organizations have organized direct actions at people’s homes and at the banks to prevent families from being thrown out of their homes by the banksters – and the federal government which bails them out.

However, as important as these actions are, they will be not enough to stop the two million foreclosures that already are being processed and the additional 3.8 million foreclosures projected to take place over the next 2 years. Along with continuing the direct actions it’s time to raise the demand that the government place a Two Year National Moratorium to halt foreclosures and foreclosure-related evictions

In the 1930’s, 25 states enacted moratoriums on foreclosures. These laws were upheld by the U.S. Supreme Court in the case of Home Building & Loan Building Association v Blaisdell, which held that the people’s right to survive during an economic emergency superseded the contract clause of the U.S. constitution. The moratoriums were a direct result of the actions of workers and communities flooding the streets and preventing the foreclosures that were being carried out. The legislatures and courts essentially ratified the moratoriums that were won in the streets.

The demand for a Moratorium on Foreclosures has never been more timely. Today, with the federal government owning or backing 75% of mortgage loans through Fannie Mae, Freddie Mac and HUD, and paying the banks full value for the inflated, fraudulent and predatory loans, the President has the absolute authority to implement a two year moratorium on foreclosures and foreclosure-related evictions through executive order. People have the right to take over and occupy the 250,000 vacant homes owned by the federal government as a result of government-backed foreclosures.

The conference will be an opportunity to share our experiences fighting foreclosures and evictions through direct actions. We will share legal strategies in challenging the banks in federal and state courts. And we will plan a campaign to raise and win the demand for a National Two Year Moratorium on Foreclosures and Foreclosure-Related evictions.

See below for Occupy Riverwest coverage:

Occupy and other labor-community-student and faith-based groups confront Rahm, Barrett and other members of the 1 percent at the Italian Community Center in Milwaukee. 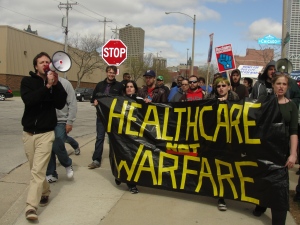 Protesting Rahm, Barrett and other members of the 1 percent at the Italian Community Center in Milwaukee March 28, 2012. 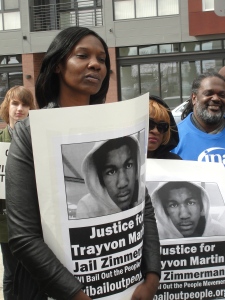 March 28 at the Italian Community Center in Milwaukee.

Civil liberties for the upcoming NATO/G8 protests in Chicago!
Money for healthcare, Not Warfare!
No cuts to mental health clinics!

“Mayor Rahm you are not welcome here!” 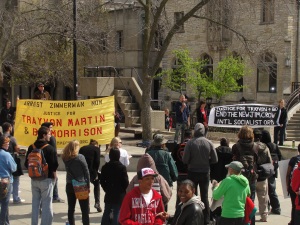 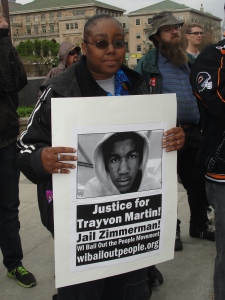