Early this morning (July 28, 2017), a fire started in the Kenosha Education Association office building causing extensive damage. We are thankful no one was in the building at the time of the fire.

At this time, the official cause of the fire is still under investigation. We are not going to speculate why or how it happened. We will continue to provide updates as we have them.

There will be a meeting for Kenosha Education Association members at UAW Local 72. Please check your emails and Facebook for more information regarding this meeting. We thank the UAW for extending their support and space.

As we move forward, it’s important to remember our union is much more than a building. Our work is not lost. This year we have proven that the KEA can rise up out of the ashes and we are going to do it again.

We will continue to grow a more powerful union, working together to protect the rights of public school students and educators. We are confident we can continue to offer our trainings and programs planned for local educators.

We will use this time together to discuss how we can ensure the important work we do as a union every day continues and answer any questions members may have. 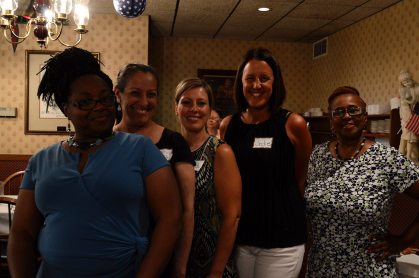 FREE and OPEN TO THE PUBLIC! Come celebrate Labor Day with those who created it: organized workers at the festival built with volunteers and donations. #LABORFESTMKE

Starting with a parade at Carl Zeidler Square Wisconsin Union Memorial in Downtown Milwaukee featuring union affiliates, partners and allies. at 11 am, the festival opens at noon at the Summerfest grounds with free entertainment all day long for the kids and family.

For Local Unions to download paperwork for this event go to https://drive.google.com/open?id=0B46cALakqnsKa1dlVXdaVXphd2M

We hope to see you Monday, September 4 as we celebrate our national DAY OFF together. And, if you think of it, please bring a pair of NEW SOCKS for those in need for our SOCK DRIVE for local charities and MPS schools. 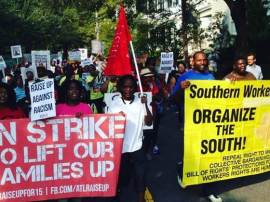 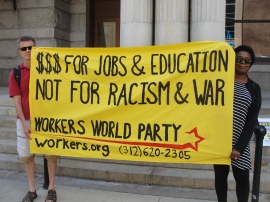 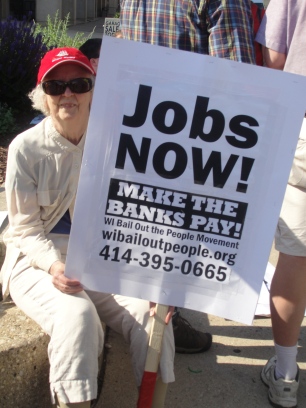 With the Affordable Care Act’s repeal still being debated in a deeply divided Senate, people might be wondering what they can do to protect healthcare. Yes, we have to fight the terrible healthcare bill in Washington, D.C., but we must also work toward quality, affordable healthcare for everyone. This Saturday we will do both.

This weekend is the 52nd birthday of Medicaid and Medicare. At the event, we’ll show you what you can do now to protect Medicaid (and all of the ACA), and how we can move toward a Medicare-for-All system in the future.

Come tomorrow and hear more about Citizen Action’s Healthcare for All Co-Op and voter engagement efforts related to healthcare, including the innovative “Badgercare Public Option” proposal that’s being worked on right now here in Wisconsin.

Celebrate Labor Day with your MTEA sisters and brothers! Wear your MTEA green and meet at Zeidler Park at 10:30am on Monday, Sept. 4. At 11am, we will march to Summerfest grounds for Laborfest 2017.

FREE FOOD AND DRINK TICKETS WILL BE PROVIDED FOR THE FIRST 100 MTEA MEMBERS WHO RSVP. You must be present at Zeidler Park to receive your food and drink tickets.

For more info on Labor Day 2017 in Milwaukee: https://www.facebook.com/mkelabor/

STAND WITH THE BOLIVARIAN

The situation in Venezuela today is urgent.  THere is a growing danger that the United States’ 45th President, Trump, is preparing not only deadly sanctions but also a full-scale military intervention in that country.

What is at stake in Venezuela today is who will win the struggle between the rich and poor, between those who have little and those who want it all.  Will the impoverished masses be able to control their own destinies or will Wall Street and the oil companies prevail?

Progressives and revolutionaries in the U.S. and around the world must come to the defense of Venezuela immediately. This is no time to question the Venezuelan government or impose conditions. Our only task here in the United States is to expose US’ role and demand that U.S. imperialism stops immediately its counterrevolutionary efforts in Venezuela.

Since the advent of the Bolivarian Revolution with the election of President Hugo Chavez in 1998, the U.S. government has worked around the clock to undermine this process.  President Chavez before his tragic death in 2013 lifted the aspirations of the Venezuelan masses and awoke a movement of the poor and marginalized.  This movement, which won access to education and healthcare that had been historically denied to the people, especially benefited Afro-Venezuelans and Indigenous people.

Fast-forward to the present and it is clear that Wall Street, the Pentagon and the rich elite in Venezuela are working to carry out a destabilization campaign that evokes US wars against the revolutionary movements in Central America during the 80’s.

It is a fact that Washington, Trump and the US oil companies want to destroy the Bolivarian Revolution so that they can take control of that country’s vast oil wealth.  For this, they fund right wing terrorist organizations in Venezuela, align neighboring countries like Colombia and Mexico to wage hostile campaigns, launch a worldwide media campaign to defame the Venezuelan government and use international bodies created by the US to attack progressive developments in the Americas, like the infamous Organization of American States. They want to crush any movement that wants to break from the chains of imperialism and fight for their people, not for profits.

More than 40 years ago, a CIA coup expert developed 198-methods to overthrow a government.  Most of these methods, if not all, have been used against the Bolivarian Revolution.

All the news accounts in the New York Times and Washington Post are part of an international campaign to misinform, confuse and derail not only the revolutionary process but its allies.

The right-wing elite, mainly white, in collaboration with Washington has organized economic disruption, stolen and hoarded food, harassed and killed public officials, broken the law, destroyed buildings and structures that were meant to offer services for the masses, boycotted elections and even set fire to pro-government people, many of them Afro Venezuelans. They have hired paramilitaries to do their dirty work, using even children as attackers.

A non-convential war is being waged against Venezuela

The disinformation campaign, trying to install a parallel government against President Maduro’s government and all the terroristic actions, amounts to a war against the people.  And in a war, there can only be two sides.  There is no in between in a war.  At a time when the lives of people are at stake, there can be no room for confusion.

Stand with the Bolivarian Revolution, Stand with Maduro

Those of us in the U.S. or around the world fighting in defense of immigrants and refugees, in the Black Lives Matter movement, against war and climate change, for healthcare, education, union rights and better wages must come forward for Venezuela.

On July 30, President Maduro’s administration will hold elections for representatives to a Constitutional Assembly that will improve the current 1999 Constitution by deepening and preserving the gains of the revolution. Those representatives will be chosen from every sector of the population, including Afro Venezuelans, Indigenous, people with disabilities, etc. The purpose is also to establish the real power of the revolution, the Peoples’ Power.

On July 17th, the US 45th President ominously issued a threatening statement on Venezuela: “The United States will not stand by as Venezuela crumbles” he declared. “If the Maduro regime imposes its Constituent Assembly on July 30, the United States will take strong and swift economic actions”. And in another step towards aggression, on July 26, the US Treasury Department issued sanctions against 13 high officials of the Venezuelan government, military and state oil company PDVSA, adding that any person elected on July 30 to the Constitutional Assembly will also be added to this list.

This is a dangerous call to war because sanctions, it must be remembered, are nothing but a form of war.

ON THE EVE OF THE CONSTITUENT ASSEMBLY IN VENEZUELA, SEND A MESSAGE TO THE US’s 45TH PRESIDENT, THE OAS AND WALL STREET: