Reconstruction, the era immediately following the Civil War and emancipation, is full of stories that help us see the possibility of a future defined by racial equity. Yet the possibilities and achievements of this era are too often overshadowed by the violent white supremacist backlash. Too often the story of this grand experiment in interracial democracy is skipped or rushed through in classrooms across the country. Today—in a moment where activists are struggling to make Black lives matter—every student should probe the relevance of Reconstruction. Our campaign aims to help teachers and schools uncover the hidden, bottom-up history of this era.

We offer lessons for middle and high school, a student campaign to make Reconstruction history visible in their communities, and an annotated list of recommended teaching guides, student friendly books, primary document collections, and films. This campaign is informed by teachers who have used our Reconstruction lessons and a team of Reconstruction scholars.

A sketch by Jas. E. Taylor of a farmer plowing in South Carolina, 1866. Image: Library of Congress.

Based on actual events in the midst of the 1970s Civil Rights Movement, BlacKkKlansman (135 min., rated R) depicts an African American police officer who infiltrates a local chapter of the Ku Klux Klan and convinces his Jewish colleague to go undercover as a white supremacist. This 2018 Spike Lee joint offers a provocative exploration of American race relations.

Watch the film (beginning at 4 pm), then stay for the discussion (from 6:30-7:30 pm), facilitated by Dr. Vince Lowery and Dr. Bryan Carr. All are welcome! Free and open to the public. Light refreshments will be served. Sponsored by MESA and Student Life.

The United States has declared war on Black people—abroad with the military occupation of Africa through AFRICOM and domestically with the transfer of military hardware to police forces who brutally repress Black communities. Our struggle for liberation at home is linked with the struggle of our people abroad. Sign and share our petition calling for U.S. Out of Africa!: Shut Down AFRICOM 👉🏾 tinyurl.com/ShutDownAFRICOM 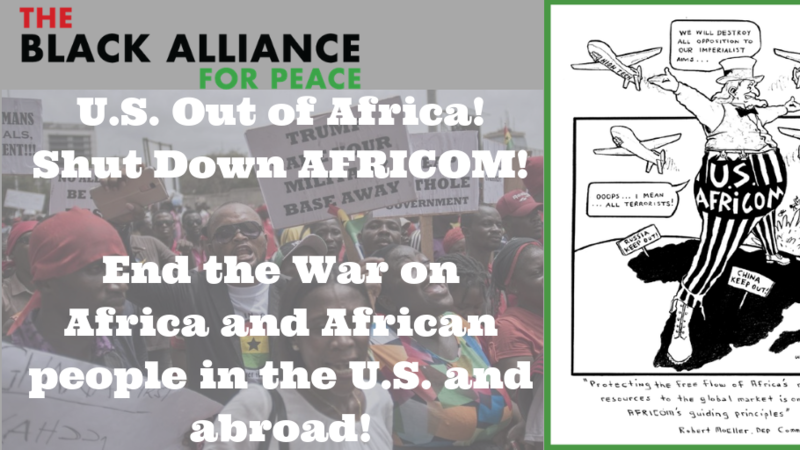 Interview with Foreign Minister Arreaza: The Coup Has Failed & Now the U.S. Is Looking to Wage War

Venezuela: 23 February – the day they did not pass

Steve Ellner: How Much of Venezuela’s Crisis is Really Maduro’s Fault?

More Sanctions to Be Imposed on Venezuela: Pompeo

Nicaragua:Learning the Lessons of Empire and Solidarity: No Contras in Venezuela!

Six Things to Know About Electoral Process of Cuban Referendum

What Do You Need to Know About Sunday’s Cuban Referendum?

March 16 & 30: National Demonstrations against US Intervention

March 30 March on Washington: No to NATO, US Hands off Venezuela

On the eve of another US war for oil, Abby Martin debunks the most repeated myths about Venezuela and uncovers how US sanctions are crimes against humanity with UN Investigator and Human Rights Rapporteur Alfred De Zayas. 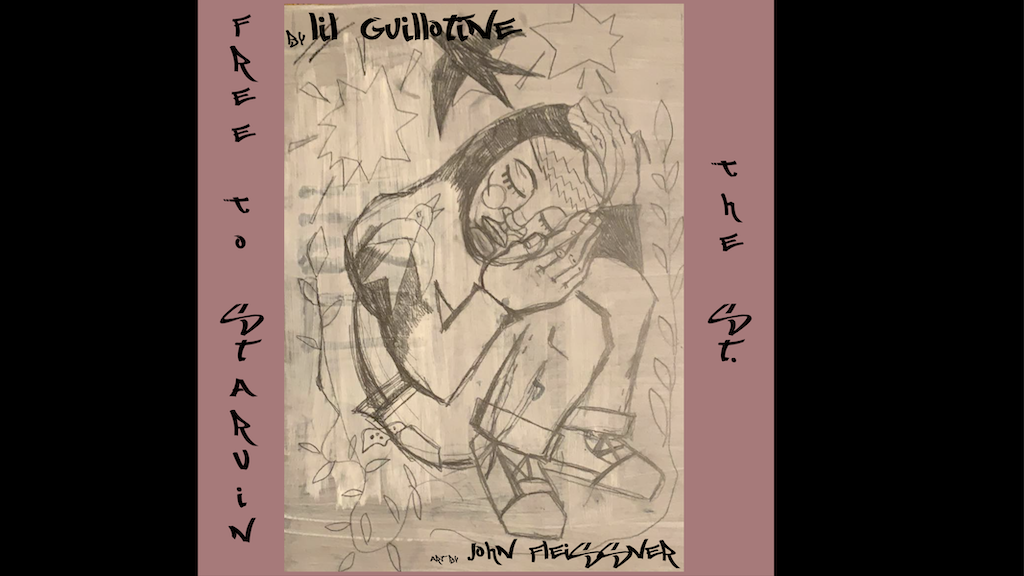 Seeking to merge neo soul inspired trilled out soulful hip hop beats and activism, Lil Guillotine has taken to the stage as a means of spreading the movement to the streets, one ear at a time.

Join the Guillotine Squad and 👉🏼JOIN The Movement👈🏼, one album at a time!

Your donation will help me press up my new album on vinyl and print it on CD and also have cassette tapes made up. 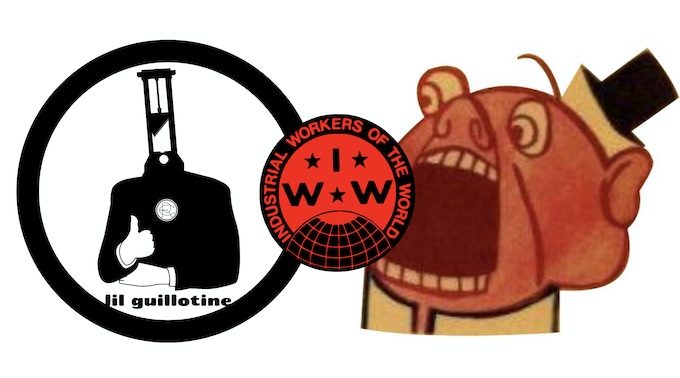 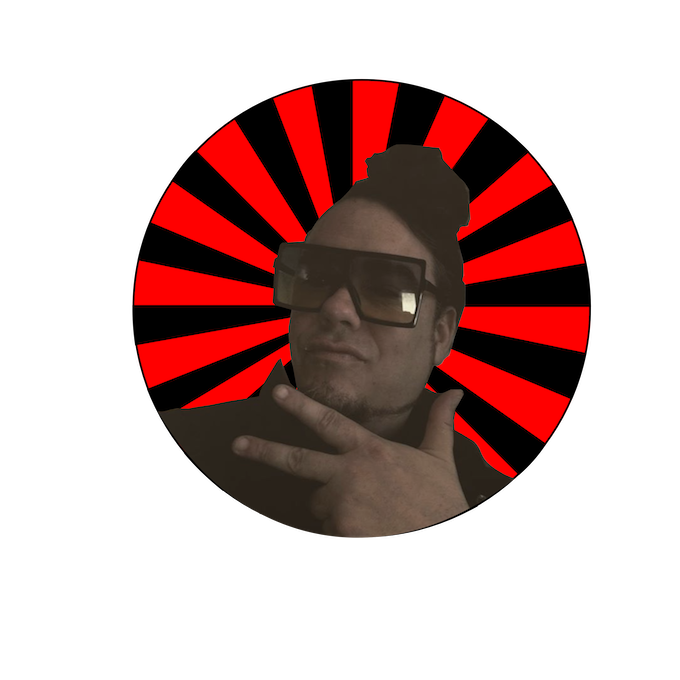 I am shooting for the bare minimum to make this album happen. Hopefully I will far exceed my initial fundraising goals and be able to get creative with promotion and marketing.

Global capitalism could collapse at any minute or global catastrophic climate change could come early.

Learn about accountability on Kickstarter

Questions about this project? Check out the FAQ 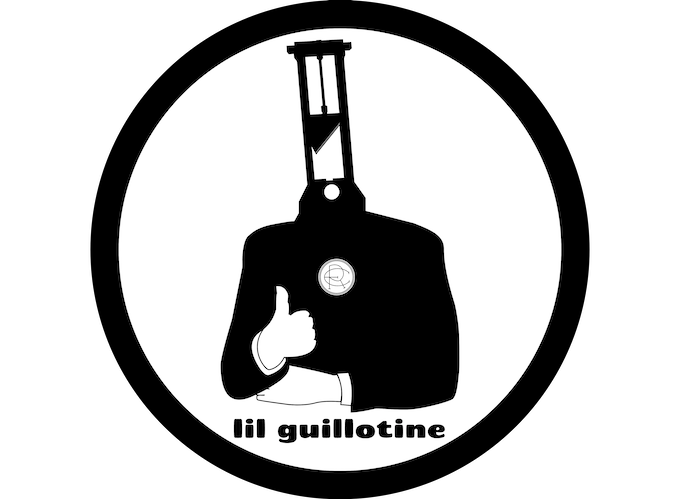 A cursory re-examination of the early years of what became known as the women’s suffrage movement and abolitionism represented the embryonic phases of self-organization and mass struggle politics within United States society.

As we pointed out in an earlier essay, the campaigns aimed at winning the right of women to exercise the franchise emerged directly from the demands for the outlawing of African enslavement.

William Lloyd Garrison as leader of the American Anti-slavery Society (AASS) provided an opportunity for both free African men and women to enhance their avenues of expression in work related to the achievement of ending involuntary servitude. The Philadelphia Female Anti-slavery Society (PFASS) and its national component of the Anti-slavery Convention of American Women during the 1830s attracted people of both African and European descent creating the conditions for the early calls for full equality eventually leading to the demands for universal suffrage.

None of these efforts would have been possible absent of the flight and rebellion taking place among the enslaved African people. By the early 19th century concerns about the untenable nature of the Atlantic Slave Trade and its containment of the impacted populations created the material basis for the stiffening of repressive measures aimed at controlling the African people residing in the U.S…. https://bit.ly/2EjNe9E

Abayomi Azikiwe is the editor of Pan-African News Wire , an international electronic press service designed to foster intelligent discussion on the affairs of African people throughout the continent and the world. The press agency was founded in January of 1998 and has published thousands of articles and dispatches in newspapers, magazines, journals, research reports, blogs and websites throughout the world. The PANW represents the only daily international news source on pan-african and global affairs. “Freedom is never given; it is won.”
—A. Philip Randolph, civil rights and union leader

On Feb. 1, 1960, four African-American college students sat down at the Woolworth’s lunch counter in Greensboro, N.C., and politely asked to be served. When their request was denied, they remained seated. Their defiance and courage drew hundreds of people to Greensboro to join their sit-in. Within weeks, similar sit-ins were staged in cities across the country. After the six-month-long protest in Greensboro, the Woolworth’s lunch counter was serving black patrons. Dining facilities in the South were integrated. The Greensboro sit-in and similar protests led to the passage of the 1964 Civil Rights Act prohibiting racial segregation in public accommodations.

It’s been 55 years since the 1964 Civil Rights Act was signed into law. As we celebrate Black History Month, AFGE wants to honor those who fought and made sacrifices so all of us can live in a better society and challenge ourselves to live up to our own ideals that all people are created equal…. https://bit.ly/2tATDsi

Join us to continue dialogue around racism and white supremacy! This is PART 16.

The Granny Caucus has organized this second annual educational luncheon to ensure that all citizens (women and men) become more educated about the impact of financial issues and voting on local public education.

Local experts will be part of a panel discussion on public school funding formulas and the impact of vouchers. We will then take a break to enjoy a lovely lunch created by Diane Trester of Wild Carrot Cuisine. After lunch The Raging Grannies will entertain us with some humorous and educational songs. To conclude our event Citizen Action of Wisconsin will present some information about Fair Maps and its impact on Sheboygan County.

*Photo is of Janet Ross and her granddaughter Chloe Bohn at last year’s successful luncheon.