We are a part of the national Bail Out The People movement which formed in 2008 to fight against the bailouts to the banks. Since then we have been in numerous fights against poverty, racism and war. We demand that the people be bailed out not the banks, a moratorium on all foreclosures, a federal jobs program now and other demands. We have been participating in the Wisconsin people's uprising, Bloombergville in NYC and numerous other people's actions.

Jericho Walk For Our Dreams

—-
As we know the Supreme Court rejected the Trump administration’s argument against DACA and voted to keep the program in place. For now.

The administration has already stated that they will continue to attack DACA with the intention of removing it.

The department has not released any guidelines and is required to do so by law by Monday, July 13th, which is why we are organizing an action on the evening of Tuesday, July 14th in front of the USCIS offices in Milwaukee at 6:30pm. We will be demanding that they release the guidelines so that new applicants can benefit from the program.

We are still in the middle of a pandemic and are asking folks to wear masks and follow social distancing guidelines.

If you do not feel comfortable walking we invite you to support us from the safety of your vehicles!

On July 19th we will be holding an art build at Riverside Park to make signs and banners for BLM protests, Climate Strikes, and any other social justice movements that need materials. Feel free to come any time between 11:00am and 4:00pm, we will have art supplies but donations would be welcome. We will also have some food for anyone who needs it. Please wear a mask and try to keep your distance from the other people attending! 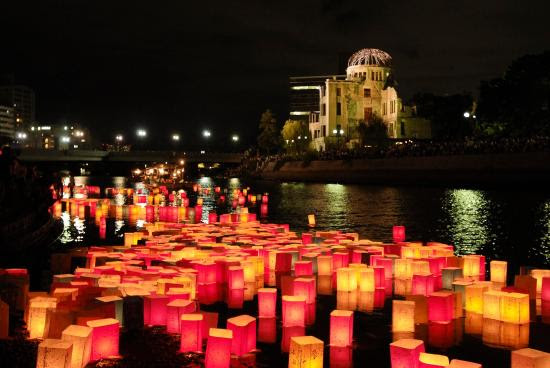 A Candlelight Vigil for Peace and

Please join Peace Action of Wisconsin on Thursday, August 6th for a candlelight vigil along Lincoln Memorial Drive to commemorate the 75th anniversary of the atomic bombings of Hiroshima and Nagasaki, and renew our commitment to a world free from nuclear weapons.

75th Anniversary of the Bombing of Hiroshima & Nagasaki

(Free Parking in the lot across from Bradford Beach and the North Point lot just south of there.

Meet in either one of the two parking lots to pick up lanterns, signs and banners.)

Everyone please wear masks.  Special peace masks will be available for sale.

Co-sponsored and endorsed by a number of other local peace & justice organizations. Join us for our third class discussing Walter Rodney’s Book “ The Russian Revolution”. We will be reviewing chapter 2 of the work.

In his short life, Guyanese intellectual Walter Rodney emerged as one of the foremost thinkers and activists of the anticolonial revolution, leading movements in North America, Africa, and the Caribbean. Wherever he was, Rodney was a lightning rod for working-class Black Power organizing. His deportation sparked Jamaica’s Rodney Riots in 1968, and his scholarship trained a generation how to approach politics on an international scale. In 1980, shortly after founding the Working People’s Alliance in Guyana, the thirty-eight-year-old Rodney was assassinated.

This class is presented by the Communist Workers League – Detroit Branch.

The following overview of the legal cases for the murder of Berta Cáceres, a visionary Indigenous and social movement leader in Honduras, is an excerpt from the report ‘Violence, Corruption & Impunity in the Honduran Energy Industry: A Profile of Roberto David Castillo Mejia.’ Roberto David Castillo is a Honduran businessman and former military intelligence officer who served as the President of the DESA company that was attempting to the build the Agua Zarca Hydroelectric Project which Berta Cáceres opposed. For the full report with footnotes, click here.

Moscow (GPA) – Zionism is as active as ever in their campaigns abroad as they are at home according to Palestinian analyst, writer, and Director of Palestine Today TV’s Gaza office Amer Khalil.

Geopolitics Alert contributor Damir Nazarov recently spoke with Palestinian political analyst Amer Khalil concerning Israel’s most recent activity across the Middle East and Africa. While the Zionists are obviously busy at home working hand in hand with the West to further colonize internationally recognized Palestinian territory, the occupation government is still actively manipulating affairs well beyond within their illegitimate “country”.

Damir Nazarov: In recent years, the Zionists have been especially aggressive towards the Iraqi Popular Mobilization Forces (PMFs). What do you think is behind this Israeli aggression and the antagonization of the Iraqi people and state that comes with it?

Amer Khalil: The Israeli entity sees Iran as the primary threat to its existence, whether with regard to the nuclear issue or the forces rejecting it in the region, including the PMFs in Iraq, which enjoyed a solid relationship with Iran. Remember, it was the PMFs’ leader was targeted three months ago with the commander of the Quds Force, Qassem Soleimani, and which Israel put in the list of assassinations with Imad Ma’niyah and Hassan Nassr Allah, and their photos were published in Israeli newspapers

D.N.: In late 2019 and early 2020, the Zionists carried out an air raid against representatives of the Palestinian Jihad in Syria, which was a new escalation for Israeli operations. Why did the occupiers seemingly make this such a high priority at this specific point in time?

A.K.: Islamic Jihad is a Palestinian movement that resists the Israeli occupation and constitutes one of the major factions in the Palestinian resistance that struggles against the Zionists, having fought multiple battles during 2019. One of these clashes came after the assassination of one of the organization’s military leaders Baha Abu Al-Atta and was planning to strike at the same time the leadership of Islamic Jihad in Syria, where she tried to assassinate the military department in it, Akram Al-Ajuri, but failed to do so, believing that this will affect the effectiveness of the Islamic Jihad military.

D.N.: The Secretary of the Expediency Discernment Council, Major General Mohsen Rezaei suggested that the Palestinian Mujahideen should carry out international renaissance against “Israel”. How do you interpret this statement?

Related: “Axis of Conformity”: The Turkey-Qatar Attempt to Control Hamas

D.N.: According to the Zionists, they have recently made new “friends” in Sudan and South Yemen; what is behind the Zionists seeking out these allies that should seem strange in theory?

A.K.: This is not new. Israel constantly tries to open relations with Arab countries in order to neutralize Arab policies in support of the Palestinian people. Israel often employs a strategy of taking advantage of negative internal conditions in Arab capitals for this. I do not think that succeeds in opening public relations because Israel is rejected by the Arab peoples and even with Egypt and Jordan, which Israel has signed peace agreements with them, the Israeli is still rejected and feared to appear publicly. Once, Sharon said that these agreements are not worth the ink in which they were written because the people do not accept them. 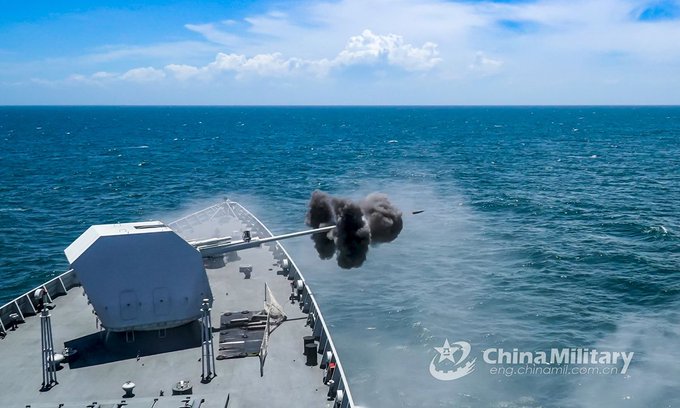 Beijing (TSN) – This military deployment came after Beijing launched out similar maneuvers in the same area.

China’s Foreign Ministry Monday claimed that the U.S deliberately sent ships into the South China Sea to show off its military strength.

“This was a U.S move to showcase its military strength in the area. Washington has ulterior motives behind the operation,” Foreign Ministry spokesman Zhao Lijian said during a press conference.

Related: Forget Discussions About Peace and Stability — Washington’s Policy in the South China Sea Is Confrontational

This military deployment came after Beijing launched out similar maneuvers in the same area.

“By militarizing [the] South China Sea, The U.S. is creating a gap between Beijing and the rest of the Asian nations,” Zhao said.

U.S. Defense Department on Thursday expressed concern over China’s decision to hold military exercises around the Paracel Islands, a territory in dispute.

Beijing’s military exercises at the Paracelsus Islands’ surroundings are within the sovereignty of its territory.

“The U.S. is carrying out large military activities in our region just to flex its muscles. That is the main reason affecting stability in the South China Sea,” Zhao added.

This post was originally written for and published by teleSUR English and appears here with permission. 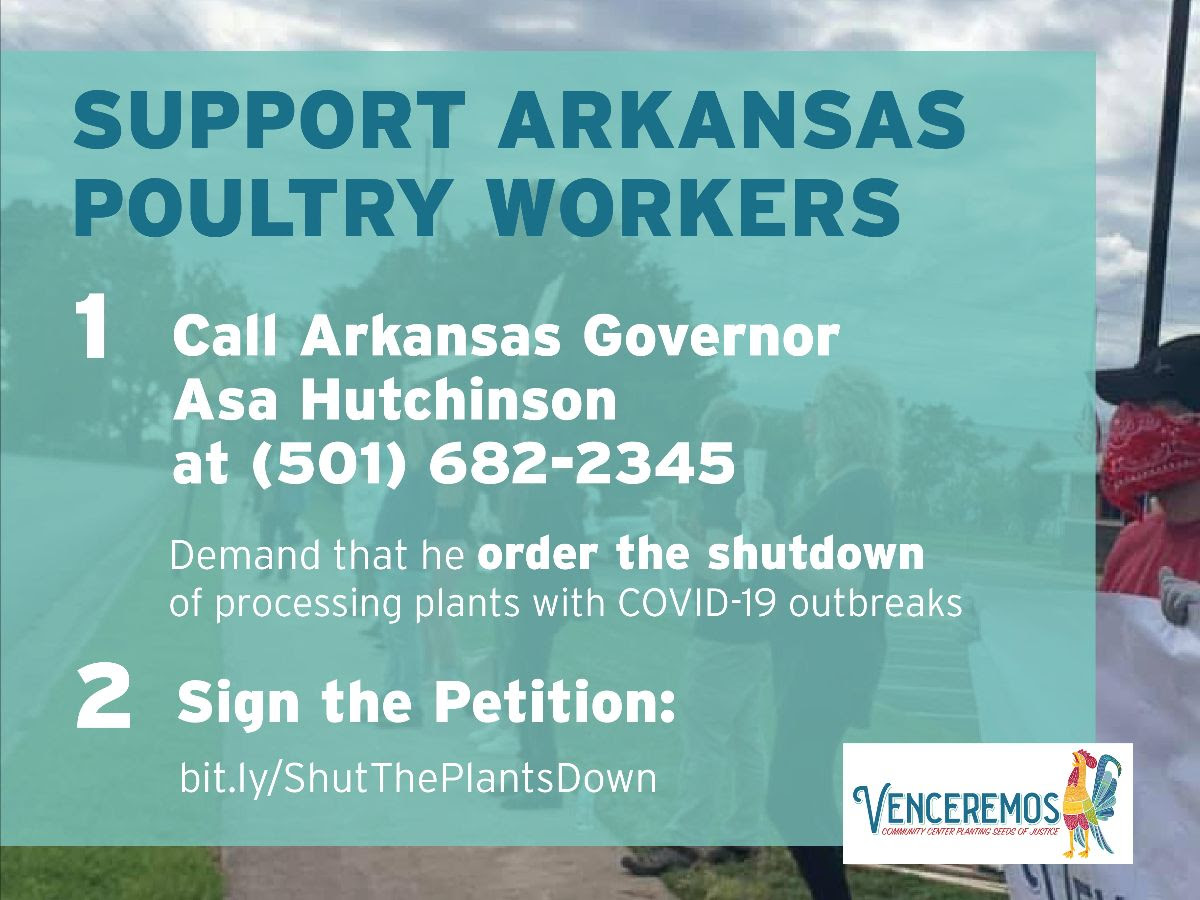 A workers guide to meatpacking 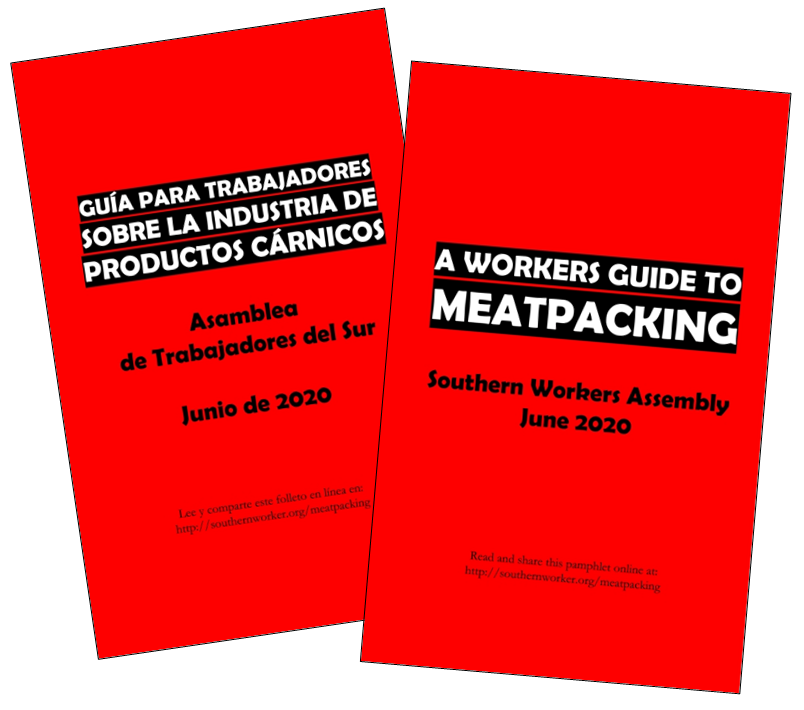