Across the country, activists and defenders of human rights are mobilizing to support Carlos Montes as he appears for a
Preliminary hearing at the LA County Superior Courthouse Dept. 56
210 West Temple St. Los Angeles on
Thursday, September 29 at 8:00 am.
Contact us and let us know how your calls went: info@stopFBI.net

On May 17, under the direction of the FBI, LA Sheriffs brandishing automatic weapons broke down Montes’ door at 5:00am and ransacked his home, seizing meeting notes and writings covering over 40 years of activism in the Chicano, immigrant rights, labor and anti-war movements. Carlos Montes is charged with 6 felony counts for weapons possession, threatening 18 years in prison – essentially a life sentence.

Carlos Montes is directly connected to the Midwest 23 through working to organize the mass protest at the 2008 Republican National Convention. Montes’ name appeared on the FBI search warrant for the Anti-War Committee office in Minneapolis one year ago on September 24 during the raids. While under arrest, the FBI attempted to question Carlos about his political activism and the Freedom Road Socialist Organization. We demand all charges be dropped and the political repression end now.

Sponsored by the Milwaukee Coalition For a Just Peace

By the Cuban Five

*The message below was sent by Ramón Labañino on behalf of the Cuban Five.*

The Cuban Five are political prisoners in the United States, serving four life sentences and 75 years collectively after being falsely convicted of politically motivated criminal charges while monitoring the operations of anti-Cuba terrorist organizations in Miami. To learn more about the Cuban Five and the struggle to win their freedom, visit the website of the National Committee to Free the Cuban Five at www.FreeTheFive.org

*We feel deeply the horrific execution of Troy Davis. It is another terrible injustice and stain on the history of this country. We join in the pain felt by his relatives, friends and brothers across the world. Now we have another cause, another flag, to pursue our struggle for a better world for all, free of the death penalty and barbarism.*

In Troy’s honor, and all the innocents of the world, we must continue, united, until the final victory!

Our most heart-felt condolences!* 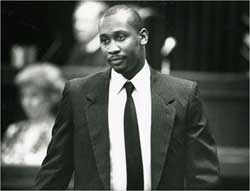 Starting at the corner of N. Water St. and W. Wisconsin Ave., Milwaukee

For more information on the proposed transit cuts and opposition to them:

The United National Anti-War Conference sent out a mass email today with the following updates:

The Wall Street occupation is continuing despite dozens of arrests on Friday.  A number of UNAC supporters have joined the occupation.  You can join the occupation virtually by joining the viewers of the livestream at: http://www.livestream.com/globalrevolution.  Here is another video of the occupation from Stan Heller: http://www.youtube.com/watch?v=8rfuvDr2wJQ

UNAC is supporting the October 6 “Stop the Machine” actions in Washington, DC.  Please join us.  We will assemble at Freedom Plaza on October 6 and many will continue to occupy the area while conducting various protest activity.  For more information: http://october2011.org/.

UNAC calls for protest in local areas on October 15 to protest the 10th anniversary of the war on Afghanistan.  Click here for a partial list of actions.

UNAC, along with other organizations and activists, has formed a coalition to help organize protests in Chicago during the week of May 15 – 22 while NATO and G8 are holding their summit meetings.  The new coalition was formed at a meeting of 163 people representing 73 different organization in Chicago on August 28 and is called Coalition Against NATO/G8 War and Poverty Agenda (CANGATE).  For a report on the Chicago meeting, click here.   To add your email to the new CANGATE listserve, send an email to cangate-subscribe@lists.riseup.net.  To have your organization endorse the NATO/G8 protest, please click here.

Click here to hear audio of the August 28 meeting

Click here for the talk by Marilyn Levin, UNAC co-coordinator at the August 28 meeting.

Click here for Pat Hunts welcome to the meeting and Joe Iosbaker’s remarks.

The United National Antiwar Coalition (UNAC) conference originally scheduled for November, 11-   13, 2011, has been rescheduled for March 23-25, 2012, in order to tie in to organizing efforts for building massive protests at the NATO/G-8 Summits in Chicago, May 15-22, and to have sufficient time to generate an action program for the next stage of building a mass movement for social change.

Organizations are invited to endorse this conference by clicking here. Donations are needed for bringing international speakers and to subsidize attendance of students and low income participants. Contributions will be accepted at www.UNACpeace.org.

Welcome to OCCUPY TOGETHER, a hub for all of the events springing up across the country in solidarity with Occupy Wall St. As we have followed the news on facebook, twitter, and the various live feeds across the internet, we felt compelled to build a site that would help spread the word as more protests organize across the country. We hope to provide people with information about events that are organizing, ongoing, and building across the U.S. as we, the 99%, take action against the greed and corruption of the 1%.

We will try our best to provide you with the most accurate information possible. However, we are just a few volunteers and errors are bound to occur. Please be patient as we get this site off the ground and populated and please contact us if you have any info on new events, corrections, or suggestions for this site. You can contact us at info[at]occupytogether[dot]org.

We will only grow stronger in our solidarity and we will be heard, not just in New York, but in echoes across this nation.