Today, Sept. 30, by over 85 percent, the members of UAW Local 578 rejected a tentative contract offer by the Oshkosh Corp. The tentative agreement contained numerous wage cut proposals including an Oshkosh Crop. proposal that would increase the workers health care family contribution from $70 to $280 a month. If accepted this kind of proposal would be a wage cut for a single worker of thousands of dollars over the proposed 5 year contract. This despite the Oshkosh Corp. making billions of dollars in recent years. The UAW members at Oshkosh Corp. voting down the tentative agreement said they’ve had enough of corporate greed and want a better tentative agreement that respects them, their families and communities. Local 578 and Oshkosh Corp. are discussing next steps including restarting bargaining. Updates will be forthcoming. 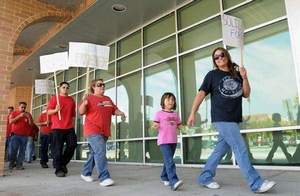 UAW Local 578 members and their supporters participate in an informational picket Sept. 25 in Oshkosh.

Tomorrow, we celebrate the life of Troy Davis.

Thousands of his supporters and loved ones will gather at Jonesville Baptist Church in Savannah, Georgia, to honor the spirit and legacy of a man who has galvanized a global movement for justice.

To accommodate the worldwide demand to mark this moment together, as a global community, Troy’s family has generously allowed his funeral to be broadcast live on www.NAACP.org.

Beginning at 11 a.m. tomorrow, you will be able to share the experience with the Davis family and Troy’s supporters and loved ones around the world.

Even in the face of death Troy understood how his story could change this country forever. In the days and weeks ahead, we will work to ensure that Troy’s mission is carried out, and the brutal practice of the death penalty is abolished in this country once and for all.

Troy’s story has touched each of our lives. Please join us tomorrow as we stand alongside his family in this time of reflection and remembrance.

P.S. Many have asked about contributions to the Davis family. Letters of condolence may be sent to “I am Troy Davis,” P.O. Box 2105, Savannah, GA 31407

P.P.S. If you have not yet already, please sign the petition in Troy’s memory, calling for an end to the death penalty in the United States: http://action.naacp.org/EndTheDP 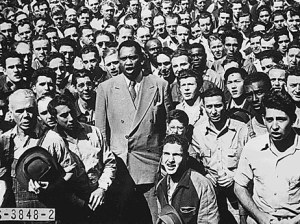 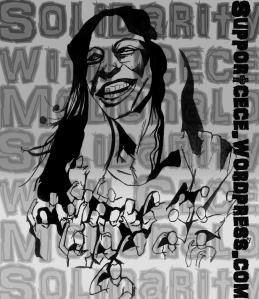 A message from the Wisconsin Bail Out The People Movement:

If you are familiar with this campaign please scroll down to find out how you can help. If you can make a donation please do so by using the Pay Pal option on the upper right hand side of this page. Thank you.

DROP THE CHARGES AGAINST ANDY & BRYAN!

We are appealing to you in an effort to help us get bogus charges dropped against Bryan G. Pfeifer, a WI BOPM organizer and an independent journalist, and Andy Andre (Legal Name: Ljubomir Andrijasevic), a longtime progressive political activist.

Both Bryan and Andy were arrested August 26 while protesting Scott Walker’s appearance at Messmer school in the Riverwest neighborhood in Milwaukee. Both were charged with one municipal citation each of Resisting/Obstructing an Officer.

Unable to keep a group of orderly protesters out of Walker’s view because they were on private property, Milwaukee police officers at the site, created an incident in effort to disperse the group: the police violently shoved several protesters and barged through a closed gate into a homeowner’s back yard despite her clear and loud objections. Andy and several protesters questioned officer’s actions and asked for an explanation. Instead, the police decided to handcuff Andy who then questioned the reason for the arrest, but did not resist. Another officer “assisted” in the handcuffing by violently bending and injuring Andy’s wrist as he screamed in pain. Andy was then marched through the neighborhood to one of police vans, searched and transported to the 5th district police station where he was issued the bogus citation.

Bryan was also in the backyard protesting the illegal invasion of the homeowner’s property by the police and, as a journalist, recording and photographing the events that were transpiring including the arrest and police brutality against Andy. After Andy was placed in the police van and transported out of the area by the Milwaukee police, Bryan, in full view of dozens of police and hundreds of protesters and neighborhood residents, worked with protesters in calling the 5th district police station to inquire about Andy’s status. At the end of the protest, as Bryan was standing and conversing with other protesters about traveling to the police station to inquire about Andy, he was surrounded by multiple police officers, handcuffed and escorted to a police vehicle which transported him to the 5th district station where he was given a citation. While in the back of the police vehicle, Bryan was asked by an officer-who was never given any information by Bryan where he has resided-whether he still lived in Detroit, a city he had previously lived and worked in.

Andy and Bryan are fighting these bogus charges because they are an attempt to put a chill on the entire progressive political movement in Wisconsin and beyond. These charges are also an attempt to stop those fighting police harassment and brutality, union-busting and other austerity measures on poor and working people. We will not be silenced! We will not allow our constitutional rights to be taken away!

The WI BOPM thanks the labor-student-community supporters who are already helping on this campaign. We still need your help and many others. A victory in this campaign will be a victory for everyone in the progressive movement. If you can help with fundraisers or other activities please contact us at: wibailoutpeople@gmail.com and/or: 313-559-7074.

WHAT YOU CAN DO

Pay Pal Donation option at the WI BOPM site. Click on the button to make your donation. Anything you can donate helps. Thank you.

More information on the campaign will be forthcoming. If need be, we will be asking supporters to pack the court. 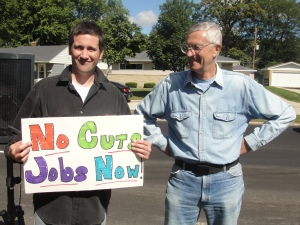