The destruction of Libya by the Pentagon and NATO in 2011 illustrates the mortal dangers of the U.S. Africa Command (AFRICOM). Libya, the most advanced country in Africa under the former martyred leader Col. Muammar Gaddafi, in 2018 is continuing as a major source of instability and reaction where Africans are sold into human bondage, often facing death in the Mediterranean while seeking an elusive “better life” in Europe, further institutionalizing the theft of national sovereign wealth which has rendered the North African state destitute.

Pentagon bombs are being dropped on a weekly basis in the Horn of Africa nation of Somalia while AFRICOM military bases are utilized as spring boards to carry out the genocidal war against neighboring Yemen, a Washington-led war which utilizes Saudi Arabia and the United Arab Emirates (UAE) to carry out the imperialist biddings of Wall Street and the White House.

Pan-Africanism in the 21st century must be built from the ranks of the proletariat and the popular stratums of the continent. The stability and defense of Africa will be secured when the masses take control of the resources and labor of the people, guaranteeing socialism on a regional scale.

Join us for this special event that will include a presentation on Columbia University Justice Lab’s paper on mass supervision in Wisconsin and a panel discussion featuring people who have been directly impacted by Wisconsin’s horrific, racist system of mass supervision.

The community forum will be followed by a state budget advocacy training led by organizers with WISDOM, EXPO, JustLeadershipUSA, and the ACLU of Wisconsin.

Supper will be served after the community forum.

The minimum wage law, the land question and the economics of imperialism are to shape the character of the coming electoral period in South Africa.

In a matter of a few months the ruling African National Congress (ANC) of South Africa will test its political support through national elections. It has been a quarter-century since the national liberation movement turned political party won a substantial majority in the first non-racial democratic poll during April 1994, which overturned the apartheid system setting the stage for the implementation of an inclusive constitutional dispensation that recognised the rights of the majority African population.

Listen to the Mon. Dec. 24, 2018 special edition of the Pan-African Journal: Worldwide Radio Broadcast hosted by Abayomi Azikiwe, editor of the Pan-African News Wire. The program features our regular PANW report with dispatches on the foreign policy priorities of the Republic of South Africa; the United States stock market has fallen again raising fears of another recession; Indonesia is searching for victims of a tsunami which has killed hundreds and dislocated many more; and the Republic of Zimbabwe has suspended junior doctors conducting a work stoppage over pay. In the second hour we listen to part four of the historic Massey Lectures delivered by Dr. Martin Luther King, Jr. in the run-up to the commemorations of his 90th birthday. The final hour will focus on highlights of the year where we listen to several addresses delivered at the United National General Assembly 73rd Session in September.

Africans on the Move and the Pan-African Revolutionary Socialist Party invite you to our Kwanzaa celebration on Friday, December 28th, at the Wisconsin African-American Women’s Center, 3020 W. Vliet in Milwaukee, Wisconsin, 6-8 p.m.  Free, Fun and Food–Bring the entire family and help us to celebrate Ujima:  Collective Work and Responsibility.

https://www.blackagendareport.com/
Glen Ford, BAR executive editor
The Americans wager that they can exercise veto power over African political alignments by force of arms, through AFRICOM’s massive military infiltration of the region.

“The ‘West’s’ political economies are spent forces, incapable of either keeping up with China’s phenomenal domestic growth or of competing with China in what used to be called the Third World.”

Donald Trump last week trotted out his war dog, National Security Advisor John Bolton, to growl and snarl  over China’s attempts to “gain a competitive advantage” in Africa through “predatory” practices that supposed include “bribes, opaque agreements, and the strategic use of debt to hold states in Africa captive” to Beijing’s global schemes.

Bolton gave his speech at the right-wing Heritage Foundation, a place that specializes in crafting social policies that appeal to white supremacist majorities within the U.S. domestic order. He could be confident that the Heritage audience knows little about the actual state of the world, holds facts in low regard, and gives less than a damn about Africa. There was no need for Bolton, the man with the comic mustache, to make sense with this crowd, so he didn’t even try.

The net effect of China’s investments in Africa, said the nonsensical Bolton, has been to “stunt” Africa’s economic growth. Only blocks away from the Heritage Foundation, in Washington, the staff and officers of the International Monetary Fund — the guys that actually do hold much of Africa and the developing world “captive” with loan structures and political conditions that stunt the ability of governments to serve their people — had quite a different assessment of China’s impact on the African continent, whose dramatic growth coincides with Beijing’s rise to number one investor.

Free and open to the public

On November 30, the City Council of Oakland, California, voted to approve a raise of 12.5 percent for the officers of the Oakland Police Department. They did this quickly and without soliciting feedback from the public, in advance of a turnover in city government that will soon swear in more progressive candidates elected in November. Tellingly, this also happened seven months before the expiration of a current Memorandum of Understanding (MOU) that set the wages of this heavily militarized force. The councilmembers attempted to accomplish this in secret, but the vigilance of community members and organizations such as the Anti Police-Terror Project (APTP) got the word out. The community mobilized at the eleventh hour, rallying community members to protest.

The Oakland Police Department has until now been awarded a staggering 41 percent of the city budget, the highest percentage tracked in a report created in collaboration between The Center for Popular Democracy, Law for Black Lives and the Black Youth Project 100. This study examined 10 major metropolitan areas in the U.S., including New York City, Los Angeles and Detroit. It concluded that investment in mental health, housing, youth programs and living wages are more effective in establishing thriving communities than police funding. Notably, this raise was approved the same week the Oakland PD broke up the Housing And Dignity Village camp for homeless women. A United Nations report condemned Oakland and San Francisco for committing human rights violations against their homeless populations. While police continue to leech these cities’ financial resources, there have been no meaningful attempts to correct the U.N.’s damning findings… https://fighting-words.net/ 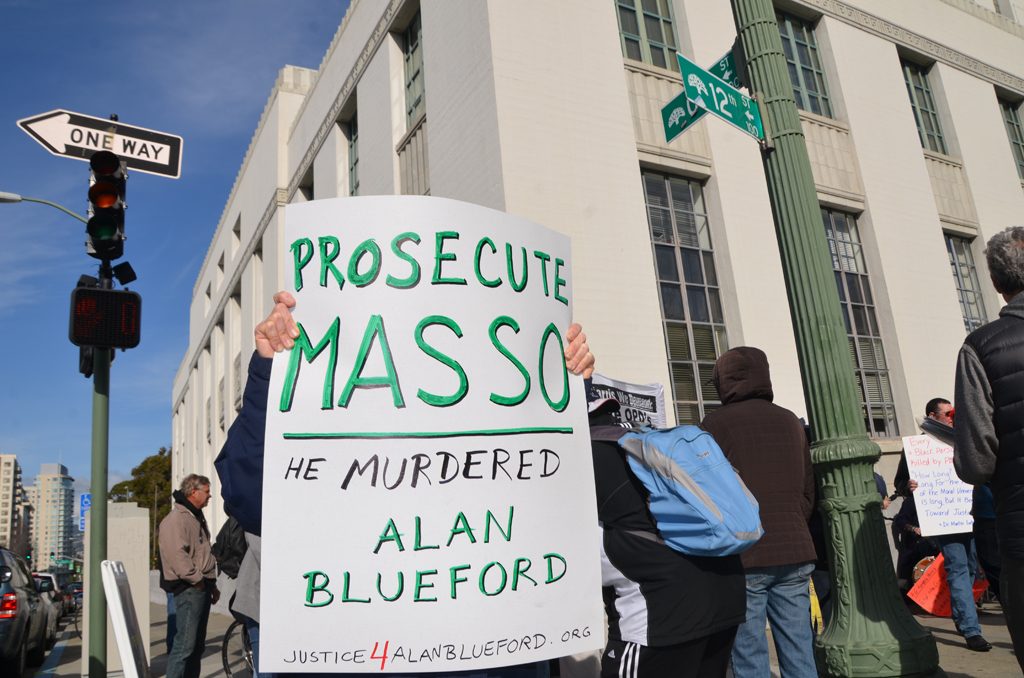