Listen to the Thurs. June 28, 2018 special edition of the Pan-African Journal: Worldwide Radio Broadcast hosted by Abayomi Azikiwe, editor of the Pan-African News Wire. The program features our regular PANW report with dispatches on the aftermath of the grenade attack at a Zimbabwe ruling party rally in Bulawayo on June 23; Ethiopian authorities have detained 30 people in connection with an investigation of the grenade attack during a rally called by newly-appointed Prime Minister Abiy Ahmed; the United Nations has released a report on the humanitarian situation in the Democratic Republic of Congo (DRC); and Turkey is housing the largest number of refugees of any other nation in the world. In the second hour we examine the security breaches and apparent assassination attempts in both Ethiopia and Zimbabwe. Finally we pay tribute to Black Music Month with a focus on Aretha Franklin. 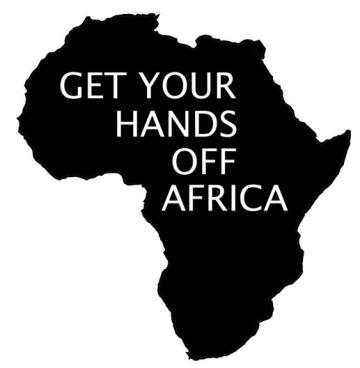 The Korean people in the north and south have struggled against US domination since 1945. Washington has a long history of seeking to overthrow North Korea, even before their murderous war on DPRK (1950-53) that killed one fifth of the population, according to US Generals. This was the US Empire’s first defeat in war.

She will discuss the gross disinformation about North Korea in the US, the country’s tenacity in maintaining its independence despite constant US military threats, and the prospects now with the new agreement signed.

Deirdre Griswold first traveled to North Korea in 1990, and attended a meeting with Kim Il Sung. Since then she has been to both the north and the south several times to report on the situation in those countries.. She is an editor of Workers World newspaper and has written several books on international issues. She will discuss US corporate media disinformation about North Korea, how the country has been able to defend its people, has maintained itself in spite of continuous US war threats and sanctions, and has built a society their citizens are proud of.

Two IWW members will be at Milwaukee Central Library, 814 W. Wisconsin, meeting room 2A, on Monday, July 2, 5:00-6:30 PM. They will be working on some of the activity they regularly do for the Incarcerated Workers Organizing Committee, supporting the campaign against arbitrary regulations at Columbia Correctional, coalition efforts to shutdown the Milwaukee Secure Detention Facility, and connecting different networks inside prison walls. Our work includes research, writing letters, data entry, and developing ideas for disrupting the horror that is the Wisconsin prison system. Come by if you want to see what’s involved with this organizing, ask questions, and maybe get involved in this. Free coffee and snacks are provided. Let us know if you need a ride to be able to attend. This gathering will be followed by our strategy meeting at 6:30, visitors are welcome to attend this as well.

On June 30th, there will be rallies across the country to highlight the cruel, inhumane and illegal acts of the Trump administration which is separating children from their parents. Details at: www.familiesbelongtogether.org

This lawless administration has sought to demonize lawful asylum seekers and other immigrants. Senior administration officials have used ICE agents to kidnap children, holding them hostage to achieve political objectives.

This is a Families Belong Together action, part of call for a national day of action on Sat., June 30. Rallies like this one are planned in cities all over Wisconsin and all across the country.

Let’s make it clear that the Trump administration’s family separation and “zero tolerance” policies are immoral, inhumane, and illegal. They cannot be allowed to continue.

Join us on the Capitol’s State St. steps and lawn. (ADA access on Wisconsin Ave. You’ll find ADA accommodations at the top of the State St. stairs.)