The Internet as we know it is at risk.

The International Telecommunications Union (or ITU), a United Nations agency, is considering new rules that could clamp down on the fundamental freedoms of citizens online. These proposed regulatory changes are being put forward by a group of giant internet corporations and countries including China, Egypt and Saudi Arabia—countries that already impose heavy restrictions on internet freedoms.

Under their proposals, governments and companies all over the world would be able to restrict internet access and monitor what we do online. 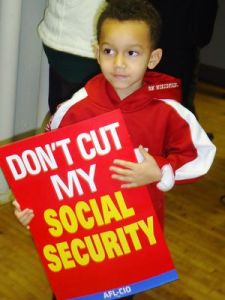 On December 8 residents and activists from Connecticut and the region will meet in New Britain to learn about each others struggles and make connections necessary to mount a serious response to this many-sided offensive.  December 8 can be a critical step in building a movement capable of defending our brothers and sisters when they are targeted for their speech, their political activity, race, religion, or nation of origin; that can prevent deportations; that can expose and challenge racial profiling and the mass-incarceration of generations; that can defend workers organizing in their work-places; that can overturn reactionary laws that restrict our basic civil freedoms.

We are now a week and a half from the conference. This is an ideal time to get the word out far and wide.  Please contact us if you can contribute financially or in any other way.

To endorse, contribute, help out, or for more information contact Dan at 860-985-4576 or daniel.adam.piper@gmail.com

Send advanced registration fee, lit table fees, indication that you would like to reserve an $8 box lunch or will bring your own, and contributions to:

Paramount Homeowners to Put Alternatives for Saving Their Homes Before the Police and Fire Pension Board, Thursday, Nov. 29, 11 a.m.

What: Paramount Homeowners Will Propose Settlement to the Police and Fire Pension Board
When: Thursday, Nov. 29, 11 a.m.
Where: Coleman A. Young Center, Detroit, 2 Woodward Ave., 9th floor of Office Tower
Who: Paramount homeowners and community supporters

Homeowners swindled in a scheme financed by the Detroit Police and Fire Retirement System will put alternative proposals for saving their homes before the Pension Board this Thursday, November 29. The Pension Board agreed to place the Paramount homeowners on the agenda after homeowners and their supporters crowded the last Pension Board meeting on November 15.

The homeowners will propose alternative settlements to the scandal that threatens to nullify their ownership of homes purchased from Paramount Land Holdings. The Pension Board gave a $10 million loan to Paramount in 2009, which used the funds to buy up foreclosed properties for as little as $10, then sell them at a huge mark-up to buyers who were assured that Paramount had paid all back taxes. Homeowners learned otherwise when Wayne County began tax foreclosure proceedings for unpaid taxes amounting to as much as $15,000 per property.

Paramount took down-payments and monthly charges from buyers, but the land contracts did not include legal descriptions of the properties, so buyers could not record their land contracts. Paramount is now bankrupt and the Pension Board has filed suit for exclusive title to the homes, victimizing the homeowners once again. If they are evicted, the homes will be stripped and taxpayers left with nothing.

Homeowners will propose two alternative settlements. Under the first, the Pension Board would pay the back taxes, removing the threat of tax foreclosure. The homeowners would then negotiate a settlement with the Pension Board that provides them with legal title for their homes, in return for payments based on fair market value and the sweat equity and cash payments already made to Paramount.

Under the alternative proposal, the Pension Board would quitclaim the properties to the homeowners at no cost to either party, and the homeowners would then arrange with the County for a payment plan on the back taxes Paramount failed to pay.

The Pension Board made a deal with crooks who profited from the foreclosure crisis.  Paramount homeowners are fighting back with assistance from the United Community Housing Coalition, Legal Aid and Defender, and UDM Law School’s Foreclosure Defense Clinic. They are demanding that the Pension Board negotiate a settlement that will transfer legal title to the buyers who are living in the homes, improving the properties, and helping to stabilize Detroit’s neighborhoods.

Jerome Jackson, a paraplegic since the age of 14, is facing eviction from a specially modified, wheelchair-accessible home that he has lived in since 2004.  CLS, funded by Wayne County, urged Jerome to move into the home, with a promise to pay the bulk of the mortgage payment, since he was on a fixed income.  Then in 2009, CLS reneged on their agreement, causing the foreclosure and threatened eviction.

PNC Bank, and now Fannie Mae (which insured the loan and bought the home at Sheriff’s auction), have refused to work with Mr. Jackson.  Join us in demanding that PNC Bank reduce the principal to current market value and keep Jerome in his home at a monthly payment that he can afford.

PNC Bank received bailout money in 2008 and other forms of public assistance from the Federal government. Fannie Mae, taken over by the US government in 2008, is owned by the taxpayers and voters.  President Obama has the power to issue an executive order to stop all Fannie Mae and Freddie Mac foreclosures and evictions!  He does it for “natural” disasters – he can surely do it for this economic disaster caused by the banks, and keep millions of families in their homes.

From the United Steelworkers:

In today’s corporate-controlled world, you know how important it is to have workers’ voices, views and issues covered in the media. That’s why we are asking you to take a moment to demand that progressive talk show host John “Sly” Sylvester gets back on the air.

Sly, and the entire staff at Madison, Wisconsin-based WTDY, was fired over the Thanksgiving holiday with no notice.  You can help by calling 92.1 The Mic at 608-274-5450 and tell them that you want Sly in the Morning back on the air.

Finally, give Sly some support on his Facebook page here, and pass the word.

Thanks for all you do.