“This year there has been an alarming spike in demolitions. So far in 2019 the Israeli military carried out 196 demolitions, destroying 411 structures – 41 of which were donor-funded. The onslaught of demolitions – ranging from a widespread attack on Palestinian water infrastructure, agricultural equipment and homes impacted some 49,477 Palestinians. In 2018, during this same time frame, the Israeli military carried out 143 raids on Palestinian property, resulting in the destruction of 305 structures – 32 of which were donor-funded, impacting 5,822 people.

The dramatic increase of people affected by the demolitions – a jump from 5,822 to 49,477 – is a result of the Israeli military carrying out what appears to be a targeted campaign against the water infrastructure and agricultural facilities.”

Make sure to go https://goodshepherdcollective.org to sign-up for our email updates. 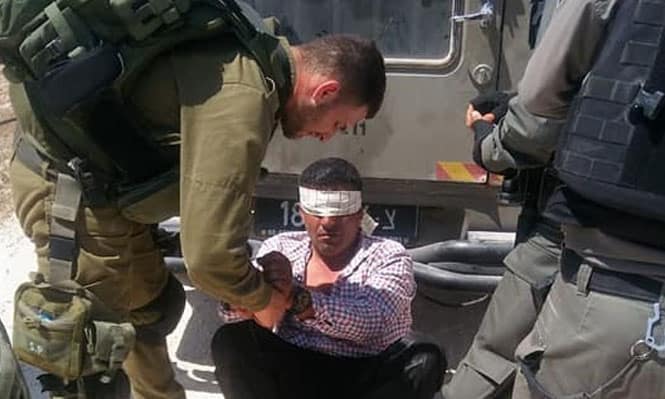 Revolutionaries destroyed police headquarters, attacked residences of government officials, and burned a jail and courts to the ground in different parts of Haiti on Friday.

Insurgents are fighting to overthrow the corrupt right-wing regime of Jovenel Moise, who is backed by the US. Four people died in clashes in recent days, with many reports of injuries.

In June, judges of Haiti’s High Court of Auditors said in a report that Moise was at the center of an “embezzlement scheme” that had siphoned off Venezuelan aid money intended for road repairs, laying out a litany of examples of corruption and mismanagement.

The aid money came through Venezuela’s PetroCaribe program, which had allowed Haiti to buy petroleum products at discount and on credit.

However, the program has now been suspended for more than a year because of the interests of US imperialism, which backs the Haitian regime and has supported coup attempts to install a right-wing regime in Venezuela.

The suspension has meant that Haiti’s long-suffering people have been faced with an extra burden: an ever-worsening fuel shortage that has resulted in closed service stations, rising prices and long lines to buy petrol.

Protesters successfully drove the police out of Cité Soleil, Port-au-Prince’s poorest neighborhood. Revolutionaries completely destroyed the UDMO/police headquarters. Heavily armed units of police abandoned it after hours of attacks by residents with molotov cocktails and showers of rocks.

The UDMO (Departmental Unit for the Maintenance of Order), who have murdered many Haitian people to protect the corrupt Moise regime in power, have been trained by the US state in Austin, Texas where an “Executive Leadership” training course was set up for Haitian security forces…. 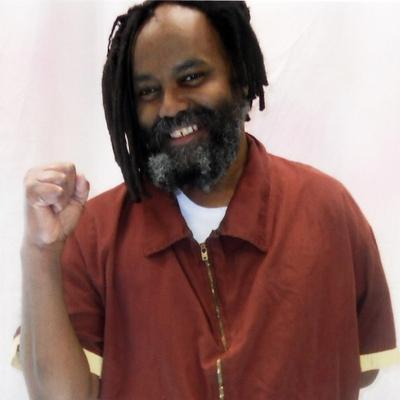 Hear from Felicia Mijango president of UCRES-CRIPDES
(the Association of Unity of Rural Community of El Salvador ) &
Zulma Tobar of the El Salvador staff of US-El Salvador Sister Cities.

Restoring people’s eyesight is one of the benefits of Cuba-Venezuela economic solidarity. Photo: Operation Milagro

Isn’t that what Cuba is facing today? On Sept. 24, the U.S. Department of the Treasury doubled down on its economic war against the Republic of Cuba by blocking four shipping companies based in Cyprus and Panama–countries outside of the United States–and four tanker ships that deliver fuel to Cuba.

On the same day, at the United Nations, the U.S. representative again and again lauded defense of sovereignty as a supreme goal while shamelessly undermining and assaulting Cuba’s sovereign right to trade without extraterritorial interference.

Why Cuba buys oil from Venezuela

Cuba and Venezuela initiated the Bolivarian Alliance for the People of Our America-Trade Treaty of the People (ALBA-TCP) in 2004 as a “political, economic, and social alliance in defense of independence, self-determination and the identity of peoples comprising it.”

An offshoot of the ALBA-TCP cooperative association is PetroCaribe, a program to “provide low-interest oil sales to nearby countries facing expensive imports” from imperialist-dominated oil monopolies.

Can Cuba buy oil from the United States? No, by U.S. law, Cuba can only buy food and medicine from the U.S. Even those purchases are often impossible because international banks are fearful of being fined for conducting legal financial transactions.

What about other Western Hemisphere oil producers? Mexico, Brazil and Colombia all depend on business relationships with the U.S. Even if they had the will to sell oil to Cuba, their partnership with U.S. multinational corporations prevents it.

Cuba’s oil deliveries will continue to arrive. Because of the unilateral U.S. economic, financial and commercial blockade, the fuel will cost more, taking resources from other needs of the Cuban people.

Big Oil wants to keep prices high and seeks to control Venezuela’s oil and other natural resources to keep it that way. But for Venezuela, promoting a solidarity economy by providing low-cost oil to small neighbors, and giving voices and inclusion to the Indigenous, Afro-descendents, workers, women and poor farmers, is important.

By building and providing 2.8 million homes so the poorest Venezuelan families have dignity, while in the U.S. developers gentrify cities and force working families to live on the street, Venezuela shows another world is possible.

Working with Cuba’s advanced medical capabilities and development brings Cuban doctors to Venezuelans who had never had health care, and builds medical schools to train more doctors. It includes partnering with Cuba to restore sight to nearly 50,000 people through Operation Milagro surgeries.

It means teaching everyone to read. Illiteracy was eliminated in 2005, as certified by UNESCO.

The corporate press uses code words like “dictator,” “corruption” and “tyrant” to hide these truths that can be very appealing to workers and oppressed nations inside the U.S., where, for many, life is not so great, and getting worse.

The union adage “an injury to one is an injury to all” and “solidarity” live in Cuba and Venezuela. But in the U.S., schools teach self-marketing and individual achievement, plus the false wonders of a “free market” where wealth and benefits go to the already wealthy.

The climate catastrophe threatening all life on earth moved hundreds of thousands of youth into the streets on Sept. 20. Many already understand that the profit-before-people capitalist system perpetuates climate deniers and blocks changes that are needed now, not later. International cooperation and socialism, where humanity is the priority, are becoming a realistic and necessary alternative in the eyes and hearts of many.

Solidarity and unity are Cuba’s secret weapons. Solidarity is Venezuela’s shield against the multiple U.S.-inspired coup attempts this year alone. Both of these sovereign and independent countries are resisting the economic war waged by the huge U.S. economic bully that is cruelly attempting to starve people into embracing capitalism. We have only to look at Haiti and Puerto Rico to see the real “wonders” promised by capitalist exploitation.

On Nov. 6 and 7, Cuba’s resolution to end the U.S. blockade will come before the United Nations General Assembly. The people of the world will vote to #UnblockCuba as they have annually since 1992.

It is up to us in the U.S. to #UnblockCuba. Plan now to come to New York or organize in your community. Together we can do it.

Sana’a (GPA) – Two weeks after announcing its attack on Saudi Aramco, Yemen’s Sana’a government revealed the results of a month’s long operation behind enemy lines in Najran province. The largest of its kind since the beginning of the war, Yemeni forces captured thousands of Saudi troops — including several high-ranking officers — and hundreds of kilometers of land beyond the Saudi border.

Speaking to press on Saturday, Brigadier-General Yahya Saree announced the success of an operation dubbed “Victory from God” carried out in Najran province by Yemen’s Army and Popular Committees. Revealing only minimal details at the time, Saree said Yemeni forces managed to lay siege to three Saudi-backed military brigades as well as an entire platoon — all during the first 72 hours of the operation.

“Only 72 hours after the start of the operation, our forces applied the siege on three deceived brigades and a whole faction of the Saudi army,” he said.

Yemeni forces captured 2,000 Saudi troops during the operation, including many children and high-ranking officials.

Yemeni forces seized 350 km (217 miles) of land beyond the Saudi border in the Najran region.

WFP MIidwest has a fall speaking tour titled, “Eradicating Peace: the Other Side of the Colombian War on Drugs,” featuring Leider Valencia, Colombian National Coordinator of the Growers of Coca, Poppy, and Marijuana (COCCAM). Leider Valencia will be on tour in the Midwest from September 30-October 18, 2019 visiting universities, community spaces, farms and Indigenous communities exchanging stories and building solidarity. Through Leider’s perspective as a campesino organizer, he will discuss forces threatening the Colombian peace process in rural areas and how movements in the U.S may contribute to solidarity in action. There is a 20 minute documentary, called The Coca Trap,  just released about alternative campesino growers in rural Colombia and the impacts of the peace accord which features Leider. This will be included in the conversation.

International Day of Solidarity with the Palestinian People

A vigil to Demand that Congress STOP Funding Israel’s Bombing, Invading, and
Destruction of Palestine
~~~~~~
With Bombs, Snipers, Settlers, and Walls Israel Carries out a Brutal Colonization of Palestine