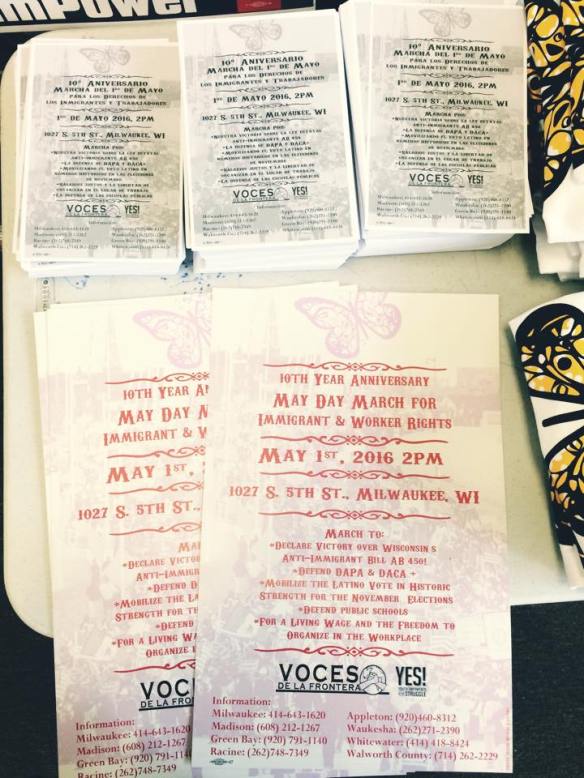 The Grass is Greener-2016-04-30 Mr. Abayomi Azikiwe
Detroit-based radio journalist Mr. Abayomi Azikiwe talks to us about Libya, Yemen, refugees, the election, gives us an update on Reverend Pinkney’s legal case, the Flint water crisis, city boondoggles, and more. Babette has an update on the case of Dontre Hamilton, killed by Milwaukee police two years ago today. http://bit.ly/1NKSSDA

This book has it ALL–and anyone who reads is changed forever toward a better world for all of us. ‪#‎Solidarity‬ ‪#‎TransLiberation‬ ‪#‎MayDay‬

Here’s the schedule for the day:

Audio clip played.
This Literally Made Me Question Everything

Praise Dance by in the Dance Cafe

Blessing of the Food

We will also do a balloon release at some point of the day.

We look forward to seeing you all tomorrow!!!

THERE WILL BE A BUS TO TAKE FOLKS BACK TO THEIR VEHICLES AFTER THE MARCH. 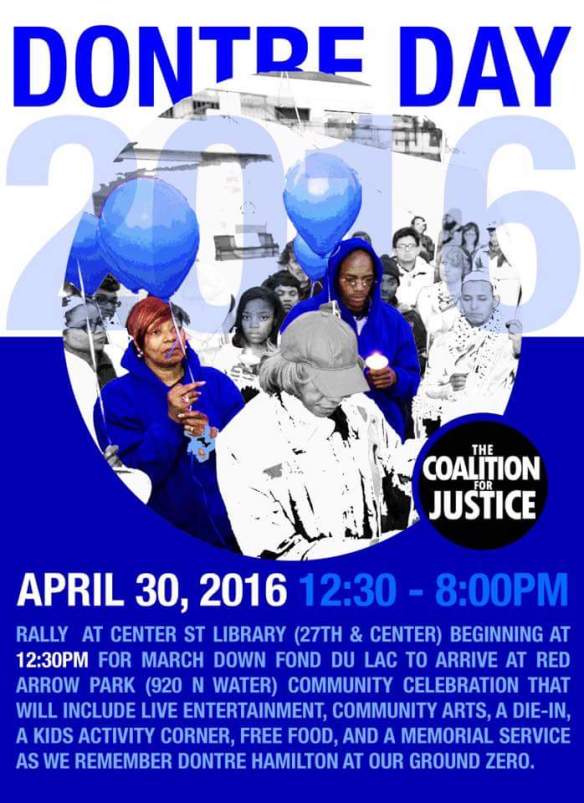 No to Wall Street’s Fiscal Control Board in Puerto Rico!

Given the emergency events in Puerto Rico regarding the possible imposition by the US government of a Fiscal Control Board that will administer the island, forcing payments to bondholders at the expense of the people, whose representatives will lose the little control they had on any aspect of the nation, a group of trade unions has initiated a call for a demonstration on May Day in PR to reject the FCB.

The situation in Puerto Rico is tremendously dire and the people are subject to daily attacks from all sides, government, private companies and above all, Wall Street. Without jobs, the young generation has been forced to leave the island and emigrate to the United States, depriving PR of future generations and productivity.

The basis for a social convulsion is developing. Even a pro-statehood advocate, federal judge Juan Torruella, of the Federal Court of Appeals for the 1st circuit in Boston, warned that “to eliminate the little space of self government that he island has, can “unleash not only simple civil disobedience or resistance, but radicalization or direct violence, such as the one that happened in Puerto Rico in the 1930, 1940 and 1950”.

Those who have bravely defended the possibility of real sovereignty in PR have been the pro-independence fighters and activists. There is ample evidence of this in Puerto Rican history since the 1898 US invasion. That is precisely the reason the independentistas have always been persecuted and repressed.

That is why it is not a coincidence that last week the FBI began a new campaign of harassment against separatists there. Three patriots and former political prisoners, Juan Segarra Palmer, Orlando González Claudio, and Norberto Cintrón Fiallo were arrested to force them to give a DNA sample to the FBI. There is a list of 16 people in total. Obviously this has all the markings of a setup being prepared.

We cannot forget that this is the same FBI that cruelly and coldly killed Filiberto Ojeda Ríos on September 23, 2005; shooting him and leaving him to bleed to death without allowing any assistance by a doctor. And the FBI choose the Grito de Lares Day, a sacred date for the independence movement, to deliver the message: The US will not allow any resistance to its colonial domination of Puerto Rico.

This is also the same FBI accused in the article titled FBI Admits manipulated evidence in death penalty cases!

These two facts make urgent a response of solidarity by the Diaspora Boricua and all their supporters. Against repression of independentistas and against the Fiscal Contro.

This week, the Grass is Greener will have Mr. Abayomi Azikiwe, editor of the Pan-African News Wire http://panafricannews.blogspot.com/ and the co-founder of the Moratorium Now Coalition http://moratorium-mi.org/ as our guest. He will be focusing on May Day in Detroit, the appeal hearing of Rev. Pinkney on May 11, and the PGA protest in Benton Harbor on May 28th. So listen in on Riverwestradio.com online or over the airwaves on 104.1FMlp, WXRW at 8pm CST.