No Justice No Peace!!! Anti-Trump/ BLM March and Rally

This is a anti-Trump/BLM protest. Stand with us as we stand for justice for Jacob Blake.

The family of Jacob Blake and organizers of Saturday’s Justice for Jacob Rally will host a community gathering at the site of Jacob’s shooting. The event aims to support and celebrate the Kenosha community and all of our amazing work to support one another this week. It will include a community clean-up, healing circle, voter registration booth as well as food, music, free haircuts and other services provided by local businesses.

Following Donald Trump’s announcement that he will appear in Kenosha on Tuesday, the family of Jacob Blake encourages supporters to come together to celebrate, support and strengthen the Kenosha community. This community celebration will highlight the contrast between President Trump’s divisive and inflammatory statements and the nonviolent demonstrations held by the Blake family. The event will be a follow-up to Saturday’s #JusticeForJacob march and rally, where thousands of people convened to demand an end to police violence and systemic racism.

The official program will be from 11am-1pm with a press conference at 12pm. However, the activities of the day will continue until 4pm.

Trump will be in Kenosha. We won’t give him the satisfaction of making an example of us. We will be having a peaceful sit in and candle light vigil for the lives lost in Kenosha because of this extreme division fueled by Trump.

We will have megaphones for those who feel called to speak (black folx get the mic first) we will end with candle lighting and moment of silence for Kenosha. For Jacob, and the victims whose lives were lost. Bring your PEACE. We aren’t here to play into the narrative of hate created by Trump. We are here to empower each other to keep going.

For those who cannot come out or don’t have an event locally to attend a member of BLA, Shawn posed this idea:

“What if all of use posted a picture of ourselves in front of our rural and urban and everything in between places with us holding lit candles
We could list our particular area to show that this movement is spreading far and wide to all corners of Wisconsin.”

Funds are being raised to rent two billboards along 8 Mile Rd with a message challenging racial profiling in metro Detroit, and requesting stories from victims of such abuse.

On Saturday, June 27, a march against racial profiling was held on the westbound side of 8 Mile Rd, between Dequindre and Woodward. Organizers wanted to do more after hearing of stories of “Driving While Black” along the 8 Mile corridor. When the group Livonia Citizens Caring about Black Lives placed a billboard at Telegraph and I-96 calling out racial profiling in Livonia, we decided to rent billboards and gather stories of DWB.

We need to raise $6,000 for two billboards with the following message: 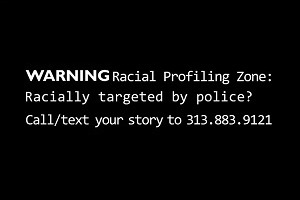 Sadie Dean was home alone when a man posing as maintenance personnel knocked on the door. When she answered, nine tactical officers, barged into her apartment and arrested her. They yelled at her and created such a scene that her neighbors came out and witnessed the violent arrest. The abuse continued as she was transported to jail – the officers drove violently, inexplicably transferred her into two additional transportation vehicles, all the while verbally harassing her throughout.

And while she was released on bail, and home with her family, Sadie still faces criminal charges and emotional and psychological trauma from the ordeal of being arrested. All of this because Sadie attempted to cut off harmful contact — by closing a door — to prevent an escalation in physical violence with counter-protesters who were determined to get into a physical altercation with Black Lives Matter protesters more than two months ago.

This clear violation of Sadie’s home and her person is part of a systematic effort to intimidate and stop Black people from demanding justice. Throughout the month of August, several protesters have been targeted, harassed, and arrested by Tampa police officers. At least 3 other protesters have been unjustifiably arrested for the same confrontation that led to Sadie’s charges. Jae Passmore is an activist in Tampa who was hospitalized after being hit by a truck whose driver had yelled anti-Black messages at protesters. The driver faces no charges but Jae was targeted by police for arrest in another clear indicator that protest leaders are being ruthlessly targeted by law enforcement.

Worst of all Police Chief Dugan is encouraging this violence against activists and organizers. Several protesters have witnessed Dugan’s racism first hand, Jae Passmore even stated that because of Dugan’s comments, counter-protesters feel emboldened to, “start stepping up,” and express, “white supremacist vigilante violence.” And the reaction from Mayor Jane Castor? She’s been quick to come to the defense of Dugan and the entire corrupt Tampa Police Department, making it very clear that she has every intention to invest in the police, not our people who are being brutalized day in and day out. Dugan poses a real threat to Black people in Tampa, and for that, he must go.

To be clear, this isn’t just about Sadie and Jae. This is about all Black organizers who exercise their constitutional right to protest state violence. Tampa police officers are clearly trying to make an example of these courageous fighters. If successful, the Tampa police department will undoubtedly send a chilling effect throughout all activist communities in Tampa.

Enough is enough. The police need a clear signal that this harassment and targeting will not be tolerated. That’s why we’re calling on Hillsborough County State Attorney Andrew Warren drop these ridiculous charges against these Black Lives Matter activists and Mayor Jane Castor fire Police Chief Brian Dugan. Only State Attorney Warren, who played no part in these cases so far, has the power to ensure that these unjustified arrests don’t turn into real charges or convictions. But the police report to Mayor Castor and only she can cut this retaliation off at the source by firing the police chief and replacing him with a leader who will not respond to critiques with harassment and intimidation.

Sign the petition. Demand justice for our people in Tampa.

Here is the Petition:

For the last three months, the Tampa Police Department have launched a systematic effort to intimidate, harass and arrest Black Lives Matter activists in Tampa.  This is state repression and the criminalization of dissent.

Police Chief Brian Dugan is clearly corrupt and must be reined in. The targeting and harassment of local activists by law enforcement cannot be allowed to continue. It’s time for your office step up and intervene in this crisis. 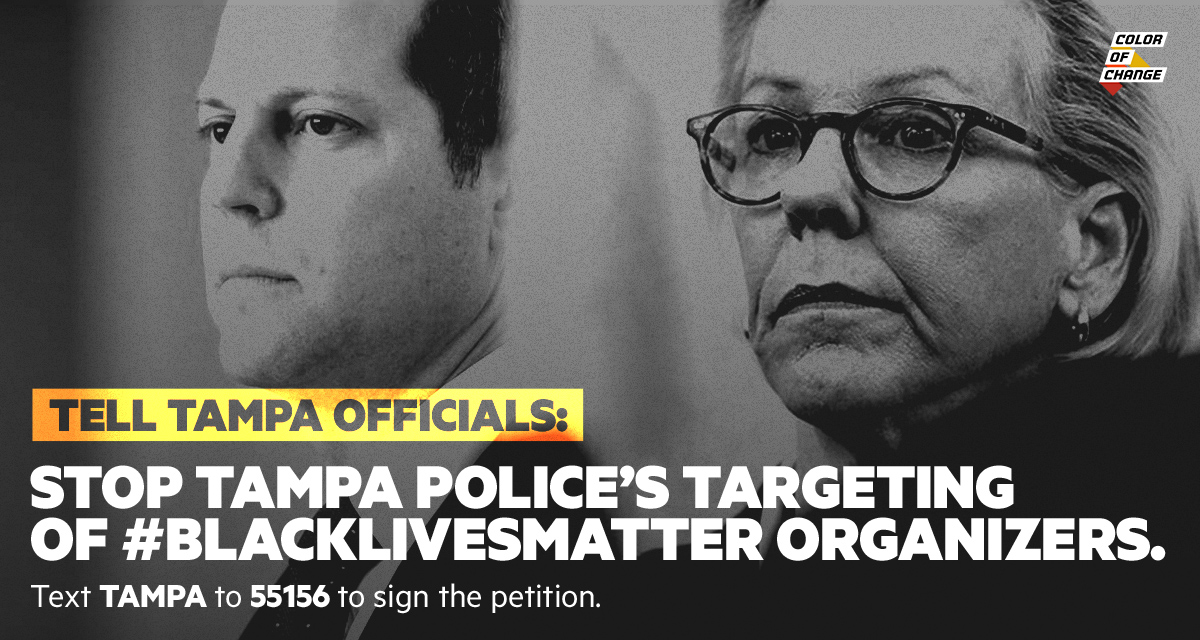 Listen to the Sun. Aug. 30, 2020 special edition of the Pan-African Journal: Worldwide Radio Broadcast hosted by Abayomi Azikiwe, editor of the Pan-African News Wire. The program features our regular PANW report with dispatches on the threats posed to the natural gas resources in northern Mozambique by the Islamist insurgency operating in the region; the Namibian government has announced that the country will re-open for international travel beginning in September; there have been demonstrations in Eldorado Park in South Africa over the police shooting of a disabled youth; and in the United States unrest continues in Portland, Kenosha, Minneapolis and other cities surrounding the institutional racist violence meted out against African Americans. In the second hour we conclude our month-long focus on Black August with a tribute to Black Liberation Army (BLA) veteran Assata Shakur. Finally, we listen to a briefing by World Health Organization (WHO) Director General Dr. Tedros Adhanom Ghebreyesus from Geneva on the COVID-19 pandemic and other global medical issues.