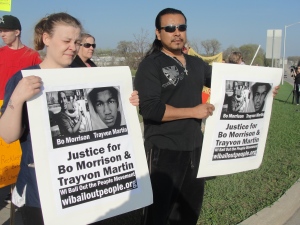 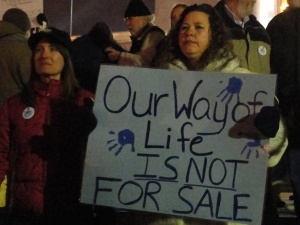 We will provide some candles, but may run out, so please bring your own and 1 or 2 extra if you can!

A Senate vote on the open pit iron mining bill, AB/SB1, could come as early as Tuesday. Bring signs to tell the Senate not to support G-Tac’s destruction of the Penokee Hills, Bad River, and Lake Superior.

Overpass Light Brigade, Idle No More, and the Solidarity Singers may be present. Stay tuned.

ALSO: From Paul DeMain: “Night of a Thousand Drums at the State Capital this Tuesday. Tribes and drummers from all over WI will be there to protest the mining bill and keep mining corps out of the Bad River watershed.” Join us. Don’t sit back and let The Plunderers have their way without a fight. 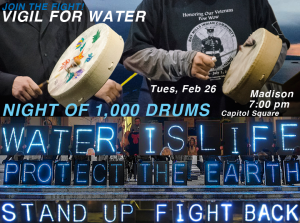 Israel has TORTURED and KILLED another Palestinian in prison!  Do Palestinian lives have any value to the U.S.  government?

Maan News Agency reports that political prisoner Arafat Jaradat was beaten and hanged for many hours on end in Israeli custody, this according to his lawyer, Kameel Sabbagh. And an autopsy conducted in Israel in the presence of Palestinian officials revealed that the 30-year-old Jaradat had six broken bones in his neck, spine, arms and legs.

As we call for the release of Samer Issawi and the other Palestinian hunger strikers and prisoners, and protest yet another representative of the Israeli Occupation Forces and criminal government INVITED to the U of C, this news demands that we respond like the thousands of Palestinians already demonstrating back home.

Join us Monday, February 25, as we Protest Former Israel Defense Forces officer at the University of Chicago

Please wear black, bring a flashlight or candle, and come prepared to raise your voices in chants.  We will have signs, or you can make your own.

We again call on all activists, especially those in the U.S., to call President Obama and the State Department on Monday, February 25th, from 9 AM to 5 PM EST, to take action.

“My name is _____ from __________ and I demand that the US administration intervene for the immediate release of Samer Issawi, the other hungers strikers, and all the Palestinian administrative detainees and political prisoners held by Israel.”

There will also be a campaign on Twitter, as there has been for multiple days, at 2 PM CST, to demand the release of Samer Issawi. Check @samerissawi1 for the hashtag to use.

Issawi had been detained by Israeli authorities without any charge whatsoever. He had been released from prison in October 2011 as a part of the Shalit prisoner swap, but was detained again without charge on 7 July 2012 and has been refusing food since August 2012 to protest his detention. He is still in critical condition. He is losing his vision, vomiting blood and lapsing in and out of consciousness. 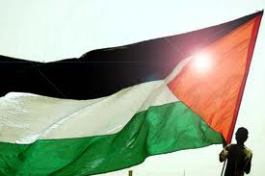 The Peace Thru Justice Foundation is promoting three events you can participate in: 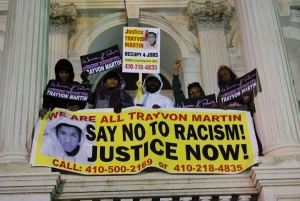 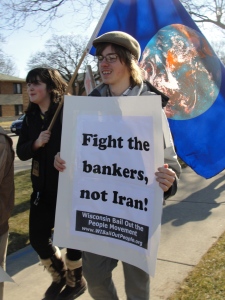 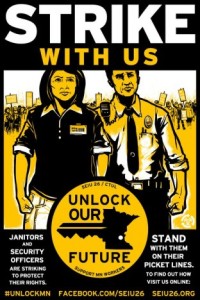 This weekend, more than 70 cities worldwide are marking PFC Bradley Manning’s 1,000th day in jail without a trial. Supporters are holding rallies, marches, live performances, art installations, and other creative events to raise awareness about the young Army private. The coordinated actions span five continents, with events planned throughout the U.S., across Europe, and as far as South Korea, Portugal, Uganda, and Australia. For example, hundreds in New York City will see a theater production based on Bradley’s own words, followed by a rally at Times Square.

“While criminal bankers enjoy immunity because they are ‘too big to fail,’ and now even to jail, a heroic young man faces life in prison for exposing the truth. This global outpouring of concern in protest of Bradley’s 1,000th jail of imprisonment is inspiring,” noted Jeff Paterson, Courage to Resist Project Director and Bradley Manning Support Network Steering Committee member. 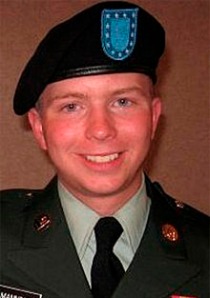 Demand Congress invest in people, not the Pentagon!

We’ll gather at 3rd and Wisconsin and march to Sen. Ron Johnson’s office.

Funding for our communities and vital programs are on the chopping block – if Congress doesn’t act quickly, it’ll be working families who pay most dearly.

Join Peace Action and allies to defend our communities and demand the reduction of the wasteful, bloated Pentagon budget — pull the pork!

This event is held as part of a national day of action to Pull the Pork from the Pentagon budget. Let your voice be heard! 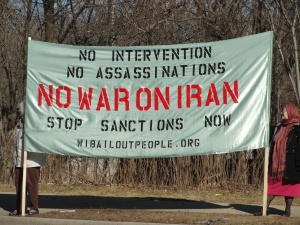