With the recent death of Hugo Chavez, UWM Students for a Democratic Society will be having a movie and open discussion in his honor.

A documentary about Hugo Chávez and the U.S.-orchestrated coup attempt of April 2002. It was filmed by a crew from the Irish national television broadcaster RTE, who were in Venezuela to do a feature on Chávez and, fortuitously, were able to record a full-length video documentary of the coup. The images of the events presented in this video contradict explanations given by Chávez’s opposition, the mass media, and the US State Department, and the White House. 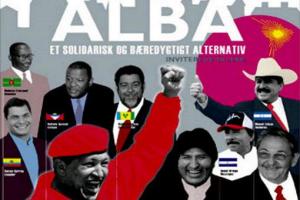 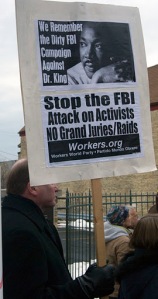 •    New Models for Public Unions: How the Chicago Teachers Won in 2012
•    Legal Update on Litigation Related to Act 10
•    Where Are We? State, Regional and Local Union Leadership Strategic Discussions
•    New Models of Unions from the Private Sector: Organizing Walmart
•    Internal and External Organizing: Workers, Communities and Coalitions 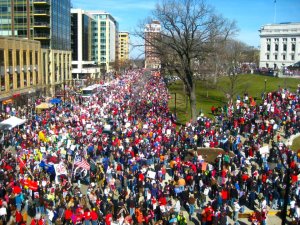 No U.S. Intervention in Venezuela Elections

TELL WASHINGTON & THE VENEZUELAN ELITE: NO TO DESTABILIZATION EFFORTS IN VENEZUELA,

A day of Solidarity with the Bolivarian Revolution: Thursday APRIL 11, 2013

After the tragic death of our beloved president Chavez, the imperialist nations of the world are preparing to attack the Bolivarian Revolution. Venezuela is getting prepared for a new presidential election and the imperialists are intent to intervene and sabotage the election.

The solidarity movement in the United States right now faces a critical challenge with regards to Venezuela as well as the revolutionary process in Latin America. The tragic death of our comrade President Hugo Chavez has many believing that the important process for progress in Venezuela, Latin America and the world, has been dealt a crippling blow but we know that the Venezuelan people and the region will never go backward. And our solidarity will continue as they move forward in their struggles for self-determination, sovereignty, integration and social justice.

The people of Venezuela will honor the last will of President Chavez by overwhelmingly voting this coming April 14 for Nicolas Maduro for President. The Venezuelan people clearly remain committed to the process of fundamental change in their country, no matter what. We are confident that the roots of the Bolivarian Revolution will remain strong and grow.

But the death of our dear President Hugo Chavez will be used by US imperialism and the elite oligarchy in Venezuela to carry out aggressive plans to destabilize the revolutionary process in Venezuela. We must send a strong message to Washington right away: we are organizing our voices of solidarity with the Venezuelan people and demand no intervention during this coming election in Venezuela.

Why April 11? The Venezuelan coup attempt of 2002 was a failed coup d’état on 11 April 2002, that saw late President Hugo Chavez ousted from office for 47 hours, being restored by a combination of military loyalists and massive public support for his government. Chavez was initially detained by members of the military and of pro-business elites represented by Venezuelan Federation of Chambers of Commerce (Fedecámaras) president Pedro Carmona, who was declared as the interim president. Carmona’s brief rule saw the Venezuelan National Assembly and the Supreme Court both dissolved, and the country’s 1999 Constitution declared void.

In New York City, we will gather at Times Square to express our love and solidarity with the legacy of the Venezuelan President Hugo Chavez and then we will march to the U.S. Mission to tell President Barack Obama: We do not want U.S. intervention in Venezuela.

If you are in a city where no action is taking place, call, fax, email the White House and voice your opposition to intervention. Or better yet, organize a local action! 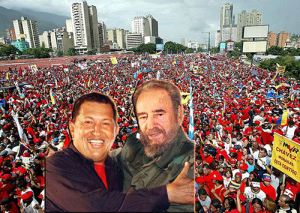 The 8th Annual Workers’ Celebration Brat Fry is called for Saturday, April 13, 2013 at Emil Mazey Hall, 5425 Superior Ave., Sheboygan, WI, from 10:30 am to 6:00 pm. Any and all are encouraged to attend this event, sponsored by the Women’s and Veterans’ Committees of UAW Local 833 and the Sheboygan County Labor Council, AFL-CIO.

The 8th Annual Workers’ Celebration is a celebration of workers, retirees and their contributions; recognizing that workers built this country and labor did much building a middle class now and again under attack by conservatives.

With workers in general and organized labor in particular under pressure and assault not seen in over three decades, the hope is to provide a day filled with music, celebration, food and fellowship.

All  proceeds  from  the  event  go  to  local  area  charities and  Wisconsin state  veteran  charities.

The 8th Annual Workers’ Celebration Brat Fry is open to the public, and all workers and their families are warmly invited! 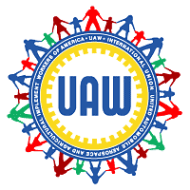 Gregorio Martinez is 69 years old. He has lived in his house in Southwest Detroit for the past 15 years.  He is well respected in his community and neighborhood. Gregorio is a 30-year Ford retiree, UAW Local 3000, Ford Flat Rock. His son is a member of UAW Local 600.

Gregorio is conscientious, never missing a full day of work at Ford. However, after retirement he temporarily fell behind on his mortgage due to the extraordinary financial needs of family members. His house is one of the last in his neighborhood that has not been abandoned and destroyed, but Gregorio now faces eviction after April 1 by Chase Bank unless we organize to prevent it.  Mr. Martinez does not read or write English; he didn’t understand the foreclosure process, the right to be reviewed for a loan modification, the sheriff’s sale, or the redemption period that allowed him to buy back his home.  Chase Bank bought Mr. Martinez’ home for $2,800 at the sheriff’s sale— in other words with $2,800 Mr. Martinez could have redeemed his home.

Contact Chase Bank CEO Jamie Dimon. Tell him to stop eviction and foreclosure of Gregorio Martinez and allow him to redeem his property. We don’t need another empty home trashed out by the bank!