“…The forces that want to destroy Venezuela, remove it from the international oil markets, and force it back into dependency and poverty, are in a position to exacerbate this crisis.

As Wall Street pushes for an explosion of violence in South America, all Venezuelans, regardless of their feelings about the PSUV and its policies, will soon be facing great challenges. They must try to hold their country together and hold on to the political structures and economic gains that have been created since the birth of Chavismo in 1999. With the election results as an opening, Wall Street is ready to intensify its efforts to tear down the Bolivarian movement. As has been demonstrated in Iraq, Libya, Afghanistan, and Syria, the goal is not simply to destroy the country’s independent and defiant leaders. The imperialists’ aim is to destroy Venezuela.”

Caleb Maupin (http://calebmaupin.info) is a political analyst and activist based in New York. He studied political science at Baldwin-Wallace College and was inspired and involved in the Occupy Wall Street movement, especially for the online magazine “New Eastern Outlook”.
First appeared: http://journal-neo.org/2015/12/19/will-south-america-explode/

And from TeleSur: “A Revolution That Will Not Die:” http://www.telesurtv.net/english/opinion/Venezuela-A-Revolution-That-Will-Not-Die-20151217-0023.html 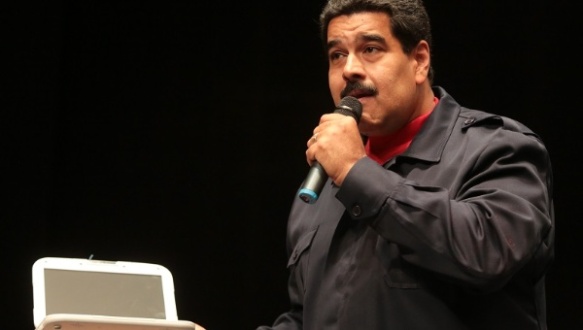