The Black Workers for Justice is outraged and saddened by the brutal attack on the patrons of the Pulse nightclub in Orlando, Florida. We extend our condolences to the families of those killed, and hope for healing and a speedy recovery of the wounded. We stand in strong solidarity with the LGBTQ community. While we don’t know why the shooter picked Saturday night for his heinous crime, it was a Latin Night and as such many in the club were Latino. We extend our solidarity to that community as well.

This outrageous homophobic attack did not happen in a vacuum. The creation of hateful and anti-democratic legislation like North Carolina’s HB2 and similar laws passed or proposed in other states and the poisonous rhetoric used by its proponents is the toxic environment in which this reprehensible act took place.

As one of our members has said, we are living in the intersection of homophobia, religious extremism and Islamophobia. The attacks on the LGBTQ community are both physical and policy based. Extremism masked by religion is subjecting millions of true believers to unimaginable horrors of violence. It is anti-democratic, patriarchal, racist and fascist. However, this unspeakable violence cannot be separated from the continuous violence caused by the US direct and supported violence of wars and military invasions throughout the Middle East and Africa to dismantle governments and for regime change. All of this, at the end of the day is in the service of US and European Imperialism. To be clear, this extremism is not restricted to Islam.

Islamophobia is an irrational hatred of Muslims based on the actions of religious extremists and is racialized to target Brown and Black people from the Middle East, South Asia, the US and Africa.

Capitalism and white supremacy undergirds these ideologies. Capitalism in crisis and decline uses them to try to maintain the status quo while its benefactors continue to enrich themselves creating even more destitution for workers with austerity budgets, privatization and a reduction in wages. They continue to trample on Black workers and other workers of color with scandalous levels of structural unemployment, mass incarceration, including the school to prison pipeline, and rampant and unpunished brutality and murder of Black people by the police and other state sanctioned actors.

Fighting back is the only answer as demonstrated by Verizon workers who waged a courageous strike and won. Similarly, public employees in Durham with the aid of the community and progressive elected officials conducted an extended campaign for a Living Wage and won. The workplace struggles and the struggles against homophobia and Islamophobia have to be linked and joined with the Movement for Black Lives, and the various Moral Monday type efforts across the country.

We all must become hyper vigilant as we have argued before and protect each other with security measures designed to defend against a variety of attacks.  The relative comfort and safety of our churches, mosques and gay clubs cannot be taken for granted in this environment. From Stonewall to Pulse, from the 16 Street Baptist Church to Emmanuel AME Church we must defend ourselves and openly and vigorously oppose the hatred that drives these attacks.

The Black liberation movement is critical to the larger fightback against working class exploitation, national, women’s and LGBTQ oppression. A Manifesto for Black liberation can help to unite our many battlefronts and mobilize mass based and transformative power against these conditions. 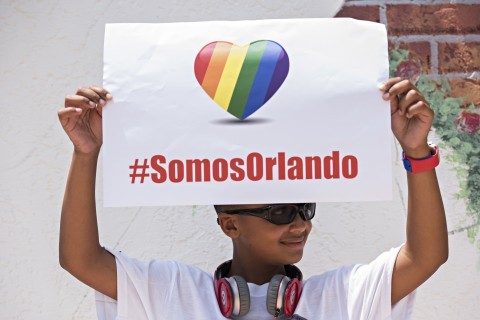