On September 30, 2017 a multi-community movement led by a coalition united demands for racial justice will host a March for Racial Justice in Washington, DC. to stand for racial justice. Within this march Black Women’s Blueprint will host a March for Black Women also in Washington, DC. We are living in a time where it’s either now or never we take a stand for and with one another. Many from all over the world will join them in D.C, but there are many of us who are unable to attend and Black Women’s Blueprint is asking folks who are unable to attend to organize a march in their own cities. We have reached out to women here in Milwaukee and there is great interest to stand in solidarity with those in D.C. So we are planning a local March for Black Women in Milwaukee also on Saturday, September 30th. We will not end our work the day of the march, but will continue to stand in solidarity and work within our own communities and pushing back against the system in our city, across the country, and world. In this highly political moment of the twentieth year anniversary of the Million Women March, we amplify UNITY among us, LOVE, and EMPOWERMENT. After the march we plan to continue the work and form an agenda around the work we need to do in regards to the struggles of Black women and girls that needs to be done here in Milwaukee.

Background and information from March for Racial Justice:
We will march because as long as U.S. laws, policies, and practices remain steeped in racism and white supremacy, basic human rights and civil rights for all our universal and constitutional rights will never be fully realized. Why September 30? It marks the anniversary of The Elaine Massacre in Elaine, Arkansas. The Massacre was part of a series of racist massacres and lynching during the Red Summer of 1919. Black soldiers returning from fighting in WWI would no longer tolerate the inhumane treatment, racism and terrorism that greeted their return to the U.S. They resisted the treatment and demanded their civil rights to be honored and upheld by their country. Instead of having their rights respected, they were met by murderous white mobs, many of whom were sanctioned by a white supremacist state. These brave African Americans fought, against all odds, for the protection of their families, communities and liberty. Their deaths and imprisonment highlighted the foundation of white supremacy in our justice system as not one person from the white lynching mobs was ever imprisoned for committing these criminal acts. On September 30, we mourn their lives and honor their resistance. The courage of their resistance reverberates through the generations and inspires our struggle today.

March for Racial Justice’s vision is to create a just and equitable future for communities of color. 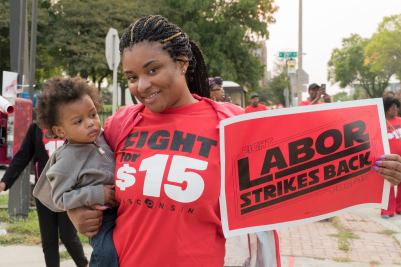