“Two recent major decisions by United States President Donald Trump and his advisors have rendered the 45th head-of-state much weaker in the opinion of the majority of the American people. The visit to Jackson, Mississippi for the inauguration of a museum honoring African American leaders and the president’s endorsement of Judge Roy Moore in his senate bid, have both been disastrous.

Moore, an ultra-conservative was facing allegations of sexual misconduct with minors while he was in his 30s. So confident that he would prevail in the hotly-contested race against Democrat Doug Jones, upon losing Moore refused to concede defeat.

Trump’s visit to the opening of a Civil Rights Museum in Jackson, Mississippi on December 9 was met with broad rejection by the African American people of the state and the throughout the country. Many viewed the effort as a cynical and hypocritical attempt to shed the stain of racism which has permeated his electoral campaign and administrative policies. Several African American elected officials refused to attend the event including Congressman John Lewis of Georgia, the former Chairman of the Student Nonviolent Coordinating Committee (SNCC) in mid-1960s…

At any rate, Trump is being revealed as a failed president. Even the conservative USA Today newspaper in an editorial published on December 14 said that he is unfit for office.

Moreover, as it relates to the overall status of the African American people, bloc voting, direct action and mass mobilizations as tactics have been used effectively since the middle 20th century to achieve short term goals both on a symbolic and substantive level. However, the strategic objectives aimed at total freedom require a far deeper institution building methodology. The necessity for fundamental transformation of the economy and political superstructure can only be achieved through independent revolutionary organization designed to create a new social order based on the acquisition of a genuinely egalitarian society.” 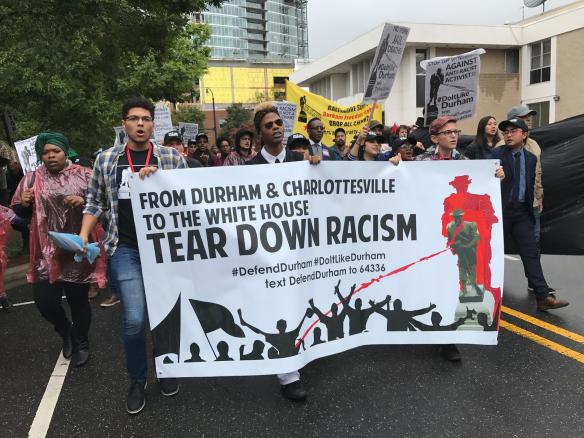