A friend from the U.S. visiting the island recently as part of the “In the footsteps of Che International Brigade” commented: Cuba is an inspiration, because it teaches us that a revolution is possible.

“For us,” he said, “Cuba is an inspiration, because it teaches us that a revolution is possible. It shows us the possibility of uniting and building a powerful force to confront capitalism.” Peters denounced Donald Trump’s position on Cuba, saying, “The alleged sonic attacks on U.S. diplomats in Havana are a big lie, a pretext to damage the Revolution’s reputation. They want to scare off tourists, so they don’t have the opportunity to learn about the significant social advances made here.

“Cuba is my inspiration. I feel at home when I’m visiting because this is a society based on solidarity, far removed from capitalism.”

US President Donald Trump’s support for white supremacists and other far-right groups is “insulting” to racial minorities and risks harming the civil rights movement, says an analyst in Detroit.

Abayomi Azikiwe, an editor at the Pan-African News Wire, made the remarks in an interview with Press TV about the controversies surrounding the opening of a civil rights museum in the state of Mississippi.

The event, attended by Trump, had been boycotted by several African-American leaders in protest of the president’s policies and record on race relations.

Black congressman John Lewis, a civil rights icon who marched with Martin Luther King Jr. in the 1960s, said on Thursday that he would not go to the museum opening because of Trump’s presence.

The Democratic lawmaker from Georgia had also skipped Trump’s presidential inauguration in January.

Calling Trump’s attendance a “stain” on the event, Azikiwe said the president had done “everything in his power to destroy the legacy and the gains of the civil rights movement.”

“…the support for the war being waged in Yemen must be halted in order for genuine stability to occur in the nation. Nonetheless, this goal is unlikely to be realized as long as the status-quo related to U.S. foreign policy in the Middle East remains intact.

Trump’s visit earlier this year to Saudi Arabia was largely centered-around a major multi-billion dollar arms deal. Additional indications were that increased hostility towards the Islamic Republic of Iran would continue to characterize Washington’s foreign policy in the region.

The situation in Yemen is often framed as a proxy war between Riyadh and Tehran due to the political support provided to the Ansurallah by the Islamic Republic. Yet the Trump administration is stoking the crisis by providing military technology and diplomatic cover to Saudi Arabia at the expense of the Yemeni people.” 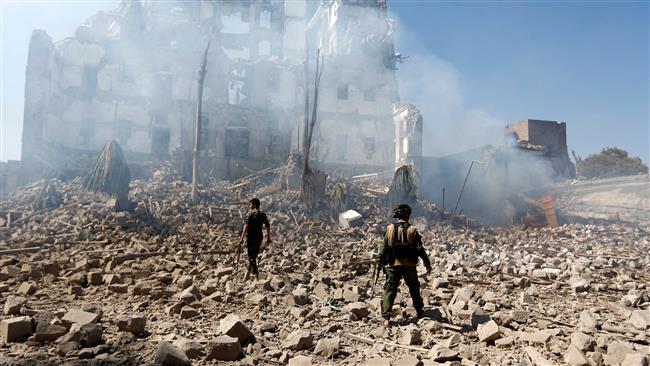 Nurses around the world in 17 countries, organized through Global Nurses United, stand by our sister and brother nurses in Honduras in denouncing violent repression being carried out against the Honduran population by the Honduran armed forces and military police in the context of the unresolved November 26th presidential election. The election has been characterized by multiple irregularities including vote buying, a lack of transparency in the vote counting process, mysterious ballot transmission outages followed by a statistically impossible reversal in the results, and a week-long delay in the results being reported. At least 14 have been shot and killed by state security forces under the command of current president (and candidate for re-election) Juan Orlando Hernández, and over 50 more have been hospitalized for bullet wounds. The current state of emergency and military-imposed curfew during an electoral process is not just harmful for the victims of repression; it also prevents patients from accessing necessary care and treatment.

As nurses, we understand that the threat to Honduran democracy is also a threat to Honduran health and well-being. Hondurans have already suffered deeply the health impacts of the Hernández administration’s illegal defunding of the Honduran Institute for Social Security (IHSS), and privatization of public hospitals and clinics despite widespread public protest led by nurses and other healthcare workers. In addition, the administration has abolished hard-won labor rights of public sector nurses with the intention of limiting their ability to care and advocate for their patients. Since the 2009 military coup, Hernández’s support for land grabs and mining and other extractive projects with dire environmental consequences have had deleterious impacts on the health of Hondurans. Dozens of human rights defenders—including nurses—protesting these threats to Honduran health and democracy have been killed in targeted assassinations.

Given the current crisis, we join Honduran nurses in calling upon the international community and our respective governments to demand:

FIND NEWS IN YOUR STATE:

Sign up for the latest news, updates, and information from NNU.

National Nurses United and the Registered Nurse Response Network (RNRN) work to send nurses to disaster stricken areas both inside the U.S. and internationally. Please visit the secure donation form and share it with friends to ensure that RNs are there to help when needed most. St. John’s Episcopal Church is located north of the parking lot that is next to the Central United Methodist Church.

This year’s 15th Annual Dr. Martin Luther King, Jr. Day Rally & March comes at a time of rising hatred, bigotry and military conflict both inside the United States and around the world. The Detroit MLK Day Committee is once again requesting your financial support to continue this tradition which mobilizes the largest social justice gathering in the whole of southeastern Michigan.

On Monday, January 15, 2018, the Detroit MLK Day Program/Rally and March will commemorate the 50th Anniversary of the assassination of Dr. King. This year’s program will feature keynote speaker Rev. Dr. Bernard Lafayette of Emory University, who served as a special assistant to Dr. King for several years.

Just one year prior to his assassination, Dr. King had come out solidly against military intervention in Vietnam. The speech which was delivered on April 4, 1967 by Dr. King linked the struggle against racism, war and poverty in the United States. Dr. King had been under pressure to do so by the Student Nonviolent Coordinating Committee (SNCC) which had taken a firm position against the war in early January 1966.

In addition, 2018 represents the 50th anniversary of the Memphis sanitation workers’ strike as well as the Poor Peoples’ Campaign. These events prefigured the ongoing struggle on behalf of low-wage workers and the imperative of eliminating poverty in this country. The Civil Rights and Peace advocate visited the city of Detroit just three weeks prior to his death, speaking at Grosse Pointe High School and Central United Methodist Church on March 14-15.

Dr. King, who remained a proponent of nonviolence until his death, did not condemn the rebellions which struck over 160 cities during 1967-68. He stated that the “riots were the voices of the unheard.” Noting that the federal government needed to heed the calls of African Americans and other oppressed masses for social justice in order to avoid a much more profound social calamity. Today, some five decades later, the problems of institutional racism, police brutality, poverty and the Pentagon budget remain impediments to the U.S. becoming a genuinely democratic society.

You are cordially invited to attend this 15th Annual Detroit MLK Day event at Central United Methodist Church, 23 E. Adams (at Woodward Ave.) in Detroit. The program begins at 12 noon in the sanctuary and will include music and brief messages from cultural workers and activists from throughout the region.

At about 1:30 p.m., the Detroit MLK Day March for Jobs, Peace and Justice will begin. At 3:00 p.m., a special cultural program of poetry and music will take place at the neighboring St. John’s Episcopal Church located on Woodward at the Fisher I-75 service drive, just one block north of Central. A light meal will be served.

The Detroit MLK Day Committee is comprised of a small, dedicated group of volunteers. Due to the significance of the January 15, 2018, Detroit MLK Day Program & March, we are seeking contributions now to assure a successful event.

Organized labor groups will gather Monday to condemn the contractor working for American Sewer Service who displayed the KKK logo on 25th and Wells on Friday while working on a project for the City of Milwaukee.

No worker can be both a unionist and a fascist, white supremacists are the enemy of organized labor and the entire multinational working class. The KKK is a white supremacist terrorist group responsible for killing African Americans, LBGTQ people, trade unionists, and others.

Unions stand for economic and social justice, and we condemn and actively fight against white supremacy and fascism in the workplace and society.

We call on the City of Milwaukee to demand accountability from American Sewer Service for the actions of their employees, and if standards are not met to cancel City contracts with the company. And we call on union brothers and sisters to build the trade union movement to smash bigotry, fascism, and economic and racial oppression.

Further, the Front considered that Trump also launched a “bullet of mercy” on the so-called two-state solution, the settlement project and the delusions of the peace process. It called upon the Palestinian leadership to learn the necessary lessons from the devastating experience of reliance on negotiations and U.S. domination and announce the immediate withdrawal from the Oslo agreement and all subsequent and attendant obligations.

The PFLP called on the Palestinian masses and their organizations to unite their efforts and respond collectively, practically and forcefully to this decision through action and escalation of the momentum of the popular movement.

The battle for Jerusalem is one for all of Palestine. For us, Jerusalem is Haifa, Safad, Yafa, Gaza, Ramallah and every village and city in Palestine.

Further, the Front emphasized the need to confront the triangle of conspiracy against Jerusalem and Palestine and the rights of the Palestinian and Arab people, that of imperialism, Zionism and Arab reactionary regimes, and to open the door to appropriate options to resist these schemes.

The Arab masses also clearly reject this decision, which clarifies further the nature of U.S. imperialism as the primary sponsor of Zionist terror in the region that constantly seeks to ignite the region in order to maintain its hegemony.

Jerusalem will always remain the capital of the Palestinian people and the State of Palestine and the imperialist-Zionist alliance will not succeed in its attempts to obliterate the city’s Arab identity and its status in the Arab and Islamic world.

Popular Front for the Liberation of Palestine, http://pflp.ps/english/
December 6, 2017