Emergency Women’s Rally to #FreeAhedTamimi and All Palestinian Child Prisoners!

On December 6th Donald Trump announced his reckless decision to declare Jerusalem, a city with great significance to Muslims, Christians and Jews, as the capital of the occupying power, the state of Israel.

Since then 14 Palestinians have been killed to date, by the Israeli military, thousands have been injured and detained, including hundreds of children, for protesting.

One of these children is 16-year-old girl named Ahed Tamimi. Ahed was filmed slapping an Israeli soldier after they had invaded her home and shot her 15-year-old cousin, Mohammad Tamimi, in the face. Ahed, her mother and another cousin have been detained without any charges. 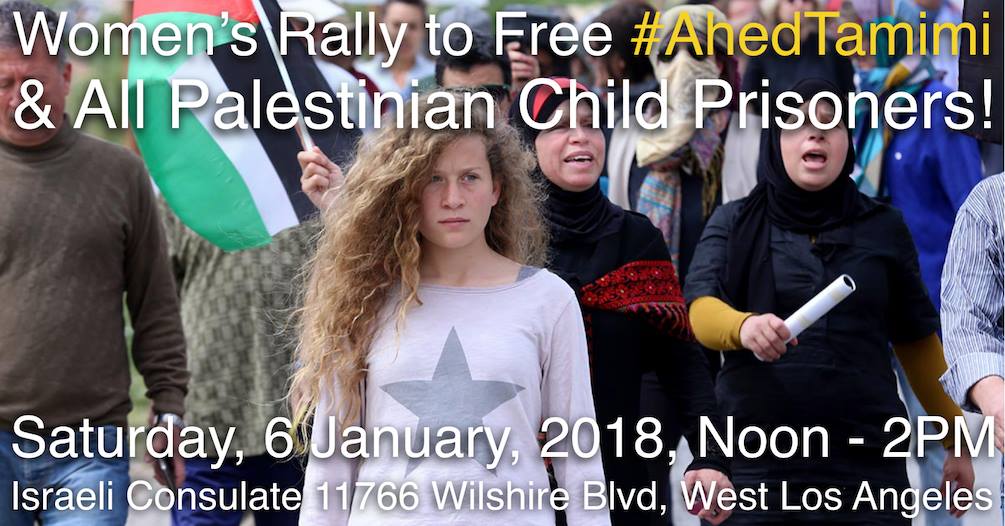