From 2000 until 2010, the U.S. Palestinian Community Network (USPCN) and its precursor organizations sent almost 100 people—Arab American and solidarity activists, organizers, students, artists, nurses, lawyers, and more—on educational trips to Palestine, and today, we proudly announce that we have officially relaunched our delegation project!

The current delegates are all leading members of USPCN, and we hope to publish a daily report of their journey in their own words. This is the first.

The morning began with a visit to one of the Palestinian villages destroyed in 1948 by the white European settler-colonialists who later called themselves Israelis. We took on off-road drive to get there, through forest trails on the periphery of a kibbutz built on stolen land. With the help of the iNakba app and a tour guide friend of the delegates who lives in the area, we found indications of the village we were looking for, as well as others that had also been destroyed. 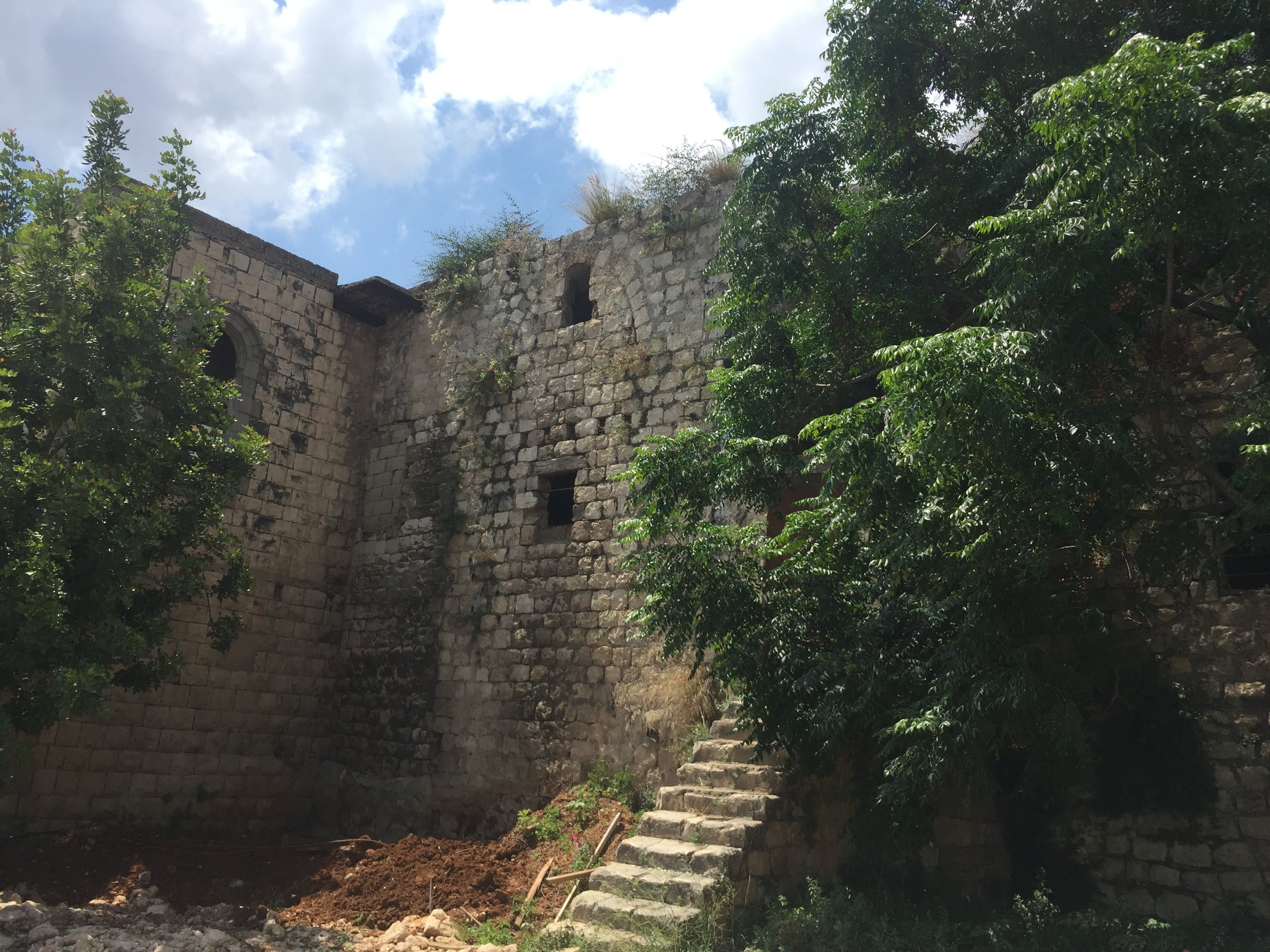 We found olive groves, bunches of sabar (cactus) plants, and eventually, the remains of buildings destroyed by zionist gangs during the ethnic cleansing of Palestine. This visit set the stage for our delegation, to ground us in the history of the Nakba, and also to remind us that we are bearing witness that the true owners of this land are the Palestinian people, our people.

Next was Haifa, where we were met by Urweh, a local activist and PhD candidate in urban planning. He took us through the history of Haifa from the Ottoman era through the present day, explaining more of the story of the Nakba, plus the ongoing drive by Israel to push as many of the remaining Palestinians as possible out of the city.  Our tour looped through Wadi-Nisnasand Wadi-Saleeb, the two remaining major Palestinian neighborhoods that are facing immense pressure from the state’s attempts to displace its residents.

Urweh contextualized the history of zionist colonization in Haifa by describing three major phases: the ethnic cleansing of the city; the seizure of all Palestinian assets (property, land, physical documents, etc.) through Israel’s Absentees’ Property Law; and the current privatization, which includes the state’s wholesale selling off—to real estate developers—of hundreds of property units that have laid empty since 1948.

We then continued to Mada al-Carmel, the Arab Center for Applied Social Research in Haifa, where we met with representatives from Mada, Irfud (a Druze anti-recruitment organization), the Association for the Defense of the Rights of the Internally Displaced, and Aswat – Palestinian Feminist Queer Movement for Sexual and Gender Freedoms. Through a lively discussion, we learned about the important work happening today on the ground in many sectors, including fighting against pinkwashing (which is Israel’s attempt to “exaggerate its record on LGBT+ rights…to fend off international condemnation of its violations of the rights of the Palestinians,” according to Columbia professor Joseph Massad), and organizing to ensure the Right of Return and encourage and support Druze community members’ refusal to serve in the Israeli armed forces, respectively.

Lastly, we ended the day with a tour of the old city of Yaffa, led by our guide Rami, a member of the Arab Theatre of Jaffa (Israelis call it Jaff 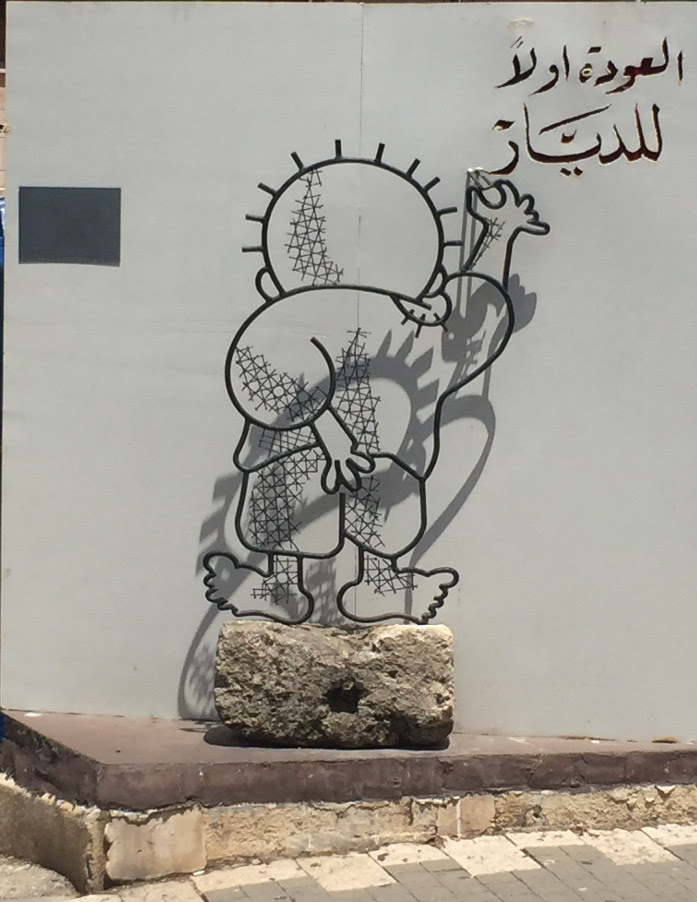 a, Palestinians Yaffa). We learned the thousands of years of history of Yaffa, as well as the more recent historical importance of the city and its role as the political and cultural center of the Palestinian revolt of 1936. The old city of Yaffa has many parallels to Haifa, from the seizure of Palestinian assets under the aforementioned Absentees’ Property Law to the ongoing Nakba and displacement of the remaining Palestinians in the city.

We are indebted to our gracious hosts and guides, who not only took time out of their days to enrich us with knowledge, but who also continue the struggle for Palestinian rights on so many fronts inside of historical Palestine.

These incredible compatriots in Haifa, Yaffa, and other parts of 1948 Palestine specifically asked us to send much love and warmth to USPCN members, friends, and supporters in the U.S.