n solidarity with the Chicago Alliance Against Racist and Political Repression, United Action Oshkosh and others in the Fox Valley are holding a rally in front of the Public Safety Building on Jackson Street in Oshkosh. The rally will be held at 5:30 pm on September 5, 2018.

The Chicago Alliance Against Racist and Political Repression in coordination with the National Committee Against Police Crimes is calling upon its allies, friends and all the various strands of the peoples’ movements to stand up to demand justice for Laquan McDonald, who was brutally shot 16 times execution style by Chicago Police Department officer Jason Van Dyke on the night of October 20, 2014. In solidarity with them, we will rally to support of the people’s efforts in Chicago to hold Officer Jason Van Dyke accountable for the murder of LaQuan McDonald.

The efforts in Chicago highlight the issues of police violence that has pervaded our nation and even our home of Oshkosh, WI. It is up to the people to hold these officers accountable for the murder of innocent people, particularly those of the black and brown community who are killed at a higher rate across the country. Isaiah Tucker was murdered by officers in our city, and they have not been held accountable for his killing to this day. We must take up to the fight for police accountability to ensure safety for all citizens.

Join us on September 5 in solidarity with justice! 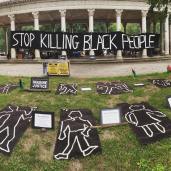 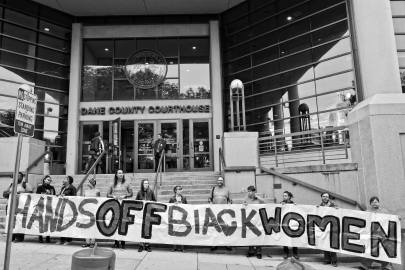