Listen to the Sat. Nov. 24, 2018 edition of the Pan-African Journal: Worldwide Radio Broadcast hosted by Abayomi Azikiwe, editor of the Pan-African News Wire. The program features our regular PANW report with dispatches on the announcement that the Republic of South Africa is poised to invest over one billion dollars into to the oil industry in the Republic of South Sudan; France has been hit by demonstrations over the rise in fuel prices and other commodities; the Demcratic Republic of Congo (DRC) according to the United States is a possible target for a terrorist attack; and a runoff Republican candidate for Senator in Mississippi has been exposed for attending an all-white segregationist academy during the 1970s. In the second hour we continue our focus on the 55th anniversary of the assassination of former President John F. Kennedy and the conspiracy surrounding his murder on Nov. 22, 1963. We will present a rare arhived audio file of an interview with Sylvia Meagher aired in 1967 over a Los Angeles radio station.

Listen to the Thurs. Nov. 22, 2018 special edition of the Pan-African Journal: Worldwide Radio Broadcast hosted by Abayomi Azikiwe, editor of the Pan-African News Wire. The program features our regular PANW report with dispatches on the announced reduction in salaries for top governmental officials in the Republic of Zimbabwe; a miners strike in South Africa has resulted in the death of one person; Angolan former President Jose Eduardo Dos Santos has denied he left the state coffers without funds; and one thousand African women have gathered for a conference in the Republic of South Africa to discuss their role in the fourth industrial revolution. In the second hour we review the conspiracy surrounding the assassination of former United States President John F. Kennedy in 1963 some 55 years ago. Finally we rebroadcast an interview with host Abayomi Azikiwe on the Detroit socio-economic and political crisis.

Come out on Sat. Dec. 8, 2018 beginning at 5 pm to help us celebrate a year of accomplishments in the struggle for freedom, social justice and self-determination.

This Annual Holiday Dinner is sponsored by the Moratorium NOW! Coalition, Michigan Emergency Committee Against War & Injustice (MECAWI), Detroit Active and Retired Employees Association (DAREA), the Communist Workers League (CWL), and all other organizations which meet at 5920 Second Avenue.

We will have food dishes, desserts, non-alcoholic beverages, cultural music, poetry, great conversations and a few proclamations for the upcoming new year. All members, supporters, friends and allies are welcome.

Please bring a dish if you wish. We appreciate all vegan and non-vegan foods.

All of the organizers at 5920 Second want to express our deep gratitude for the overwhelming support we have received from the people of Detroit and the state of Michigan during 2018.

You can also pick up palm cards and posters for the upcoming 16th Annual Dr. Martin Luther King, Jr. Rally and March at this event. Tickets will be available as well for our next night out at the Detroit Repertory Theater on Thurs. Feb. 28, 2019.

In Defense of Our Lives

On Sunday the 25th of November, the caravan of refugees that has left Central America for the United States to request political asylum, will attempt to cross the border. It is important that we stand in solidarity with these refugees as they are participating in a form of anti-imperialist protest, knocking on the door of the country that has destabilized their homelands and caused death and destruction across central and South America. We will rally and hear a few speakers talk about why the caravan formed and why me must stand up and support them.

November 6 was a day in which people across the United States, and indeed the world, were watching for some indications of the future political prospects for the leading capitalist state.

It had been predicted that the House of Representatives would be lost by the Republicans to the Democrats. This was the outcome of the elections where Democrats could pick up approximately 40 seats, outperforming the party of President Donald Trump.

Trump played down the loss of the House and emphasized that the Senate would remain under Republican control. Nonetheless, there is a major shake-up in the cabinet of the Trump administration with the immediate departure of Attorney General Jeff Sessions and more ousters being imminent.

A large number of women, national oppressed people and younger politicians ran for public office while a significant number were elected. The results of the elections were in part due to the higher than normal turnout of voters for a midterm poll.

With these new faces in Congress and the Senate, it still remains to be seen what actual impact this will have on the overall political atmosphere prevailing in the U.S. Trump, whose 2016 campaign is still under investigation by a special counsel, continues his right-wing, neo-fascist posture and agenda aimed at stoking fears of African Americans, Latinx people, Middle Easterners, immigrants, LGBTQ communities and anyone who does not agree with the policies of the current administration.

A series of high-profile racial and political incidents occurred leading up to the midterms. Fourteen packages containing what appeared to be pipe bombs were addressed to two former Democratic presidents, a previous Secretary of State, a famous actor, the Manhattan building of Cable News Network (CNN), among others, with a return address containing the name of Debbie Wasserman Schultz, the former Chair of the Democratic National Committee (DNC).

On October 24, a white racist shot to death two African-American seniors at a Kroger supermarket in a suburb of Louisville, Kentucky. Just minutes before, this same assailant unsuccessfully attempted to gain entry into an African-American church. Some three days later,
another domestic terrorist entered the Tree of Life synagogue in the Squirrel Hill district of Pittsburgh and killed 11 Jewish worshippers… 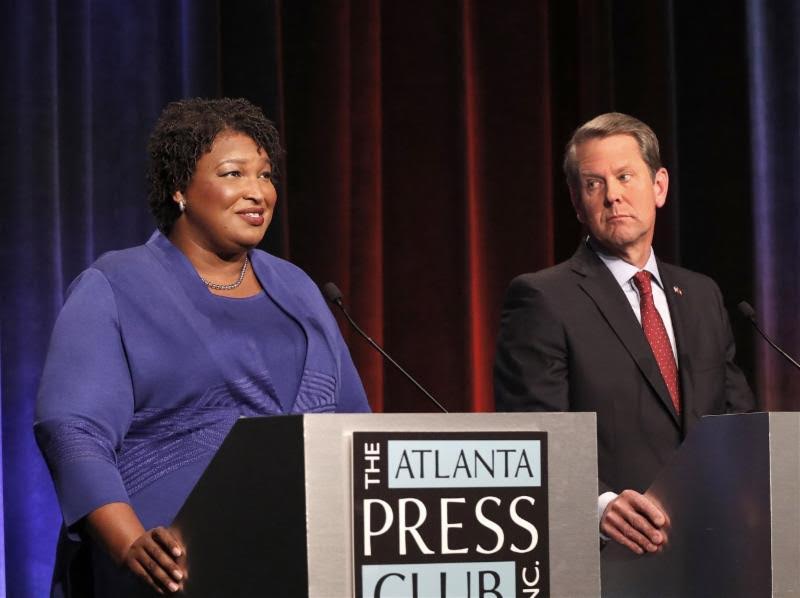 The Board of Education plays such a critical role in how our Madison Metropolitan School District functions. Currently, our district is investing hundreds and thousands of money into the police instead of the wellbeing, creativity and leadership development of students.

Join the Freedom Youth Squad, parents, family members and community people on Monday, November 26, 2018 at the Doyle Building at 6pm to tell the school board members to invest in youth of color instead of the police.

We need to make sure our schools are a caring, loving and healthy atmosphere for Black and Brown people. That is why the Freedom Youth Squad and the Safe School Coalition is demanding:

1) The complete removal of police from schools
2) The investment of resources in education that promotes leadership, wellness, learning and creativity for youth of color
3) The control of school safety be given to the community. Students, families and community need real decision making power in our schools. Build transformative justice models instead of punishing youth.

Two IWW members will be at Milwaukee Central Library, 814 W. Wisconsin, meeting room 2A, on Monday, December 3, 5:00-6:30 PM. They will be working on some of the activity they regularly do for the Incarcerated Workers Organizing Committee, supporting the campaign against arbitrary regulations at Columbia Correctional, coalition efforts to shutdown the Milwaukee Secure Detention Facility, and connecting different networks inside prison walls. Our work includes research, writing letters, data entry, and developing ideas for disrupting the horror that is the Wisconsin prison system. Come by if you want to see what’s involved with this organizing, ask questions, and maybe get involved in this. Free coffee and snacks are provided. Let us know if you need a ride to be able to attend. This gathering will be followed by our strategy meeting at 6:30, visitors are welcome to attend this as well.

If you are interested in this event and can’t make this time or location, please post in this event, message us or send an email at iwoc.milwaukee@gmail.com We will schedule the next event to work for your schedule, or followup one-on-one. Also contact us if you would need childcare, translation or other accommodations to be able to attend this event. You can also fill out this online survey to volunteer for specific tasks: https://bit.ly/2vyZam9 You can get more information on Wisconsin prison conditions and resistance to them at our website: https://wisconsinprisonvoices.org/
———————————————
What is the IWW?
The Industrial Workers of the World (IWW) is a rank-and-file-run, international union for all workers, dedicated to organizing both on and off the job, in our industries and our communities. Founded in 1905, we stand by the principles written in our Preamble, that the working class and the employing class have nothing in common, and that “an injury to one is an injury to all.” We are not affiliated with any political party. We recognize that unionism is not about government certification or employer recognition, but about rank-and-file workers coming together around common interests. The IWW organizes workers without limits. Low wage, high turnover, precarious, and non traditional workers and industries which have largely been ignored by mainstream unions have often been the focus of IWW organizing. Migrant and seasonal workers, domestic workers, sex workers, students, and unemployed workers have organized, and won, under the banner of the IWW. In 2014, the IWW established the Incarcerated Workers’ Organizing Committee (IWOC) which aims to move beyond providing solidarity and to actively organize workers behind bars for higher wages, safer conditions, necessary amenities, and a world without prisons. The IWW holds that there can be no end to injustice and want until the profit system itself is abolished. In striving to unite labor as a class in one big union the IWW also seeks to build the structure of a new and better social order within the shell of the old system which fails to provide for the needs of all.
Local website: http://talkin.mkegmb.org/about
Website for continental IWW: https://iww.org/