Join in the discussion about “Direct Actions,” such as mass general strikes, mass rallies and other innovative tactics have helped workers win better working conditions in past history AND whether such tactics can be effective in the future.

Opening speaker: Dan Kaufman, author of “The Fall of Wisconsin: The Conservative Conquest of a Progressive Bastion and the Future of American Politics.” A Wisconsin native, Kaufman is a contributor to the New York Times and has written extensively about the state’s political history and occurrences since the 2011 Wisconsin Uprising.

Union activists and labor historians will also discuss recent actions taken in Wisconsin that have been winners; the conference will end with a discussion as to what will work in the future.

There will be time for open discussion.

Lunch served. If you desire either a vegatarian or gluten free lunch, please email your desires to info@wisconsinlaborhistory.org and put “Lunch” in your subject line.

The Milwaukee Muslim Film Festival is committed to discovering and sharing some of the most exciting and thought provoking films from around the world. Our aim is to use film as a means for presenting topics and issues that are timely, relevant and generate meaningful discussion about Muslims and the Muslim world.

Our dedicated team carefully selects films from across the globe that transcend countries, languages and cultures while highlighting the common humanity among people of all races, ethnicities and religious beliefs.

The Milwaukee Muslim Film Festival aims to pave the way for award-winning films to be discovered and for creative filmmakers to receive the attention they deserve.

To restore driver’s licenses for all in Wisconsin, we need to show our collective economic power. Join us to plan the May 1st Day without Latinx and Immigrants for driver licenses, which will be at the Capitol in Madison.

We will hold forums like this throughout the state. If you live outside of Milwaukee, stay alert to see when the community meeting in your area will be.

FREE and open to the public!

On the Fifth of May, 1886, thousands of Milwaukee workers marched peacefully on the huge Bay View Rolling Mills as part of a nationwide effort to bring about the 8-hour day. When the marchers were 200 yards away, the State Militia fired, killing seven. This was the bloodiest labor disturbance in Wisconsin’s history and began a new struggle for a more humane workplace and just society. Join us now, 133 years later, as a diverse group of Milwaukeeans commemorates this historic event. The commemoration will include a dramatic reenactment, remarks from UW-Green Bay professor Jon Shelton, music, and reading of the names of the honored dead.

For more information about the Bay View tragedy, visit http://www.wisconsinlaborhistory.org/resources/bay-view/.

Join the pre-event march to the ceremony: assemble at 1:30 PM Sunday, May 5th, at S. Bay St. and E. Lincoln Ave. March steps off at 2:00 PM. Musicians encouraged.

Special thanks to the Bay View Historical Society, Wisconsin State AFL-CIO, and the Milwaukee Area Labor Council for their support of this event. 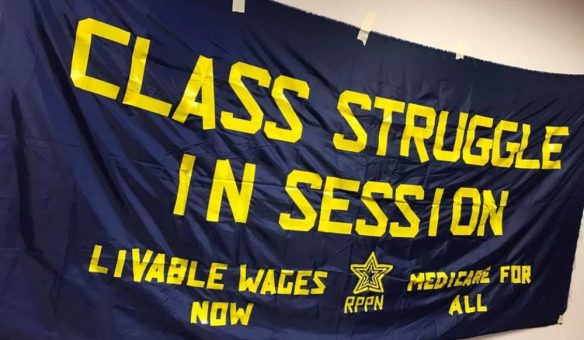 Our melting pot rally for peace and community is about building community and showing Milwaukee we are proud of our multicultural campus. All who attend our melting pot event are asked to bring something culturally significant to them to share with other attendees like food, music, art, stories, etc. All are welcome.

AIPAC’s on the ropes – but this weekend it could get a big boost from an unlikely source.

House Speaker Nancy Pelosi is going to be speaking at their annual conference.

That’s right, at a time when AIPAC’s power is clearly waning and we are watching change happen in real time – with groups like MoveOn coming out strongly in favor for Democrats to skip AIPAC – Nancy Pelosi is lending her legitimacy to them.

Add your name to call on Speaker Pelosi to #skipAIPAC.

Amongst AIPAC’s all-star line-up of anti-Muslim, anti-Palestinian speakers, one of the country’s most powerful politicians will be speaking. This is appalling.

Anyone who values justice, equality and freedom for Israel/Palestine should not be endorsing AIPAC.

AIPAC’s morally bankrupt decisions have never been more clear. First they condemned Netanyahu’s partnership with the far-right Kahanist “Jewish Power” party and then flip-flopped and invited him to speak at their conference.

Instead of speaking at their conference Nancy Pelosi should be publicly condemning the far-right shift in Israel and AIPAC’s dangerous political behavior. Giving AIPAC cover right when progressives are finally responding to their constituents and turning away from AIPAC is simply the wrong thing to do.

Will you join us and add your name to call on Speaker Pelosi to #skipAIPAC?

We’ve been able to sway Pelosi before when she was piling on an attack of Rep. Ilhan Omar’s critique of AIPAC, and we can do it again. 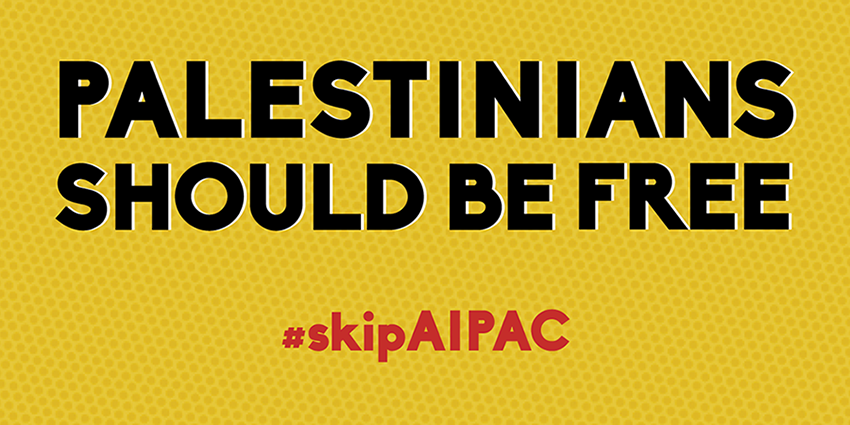