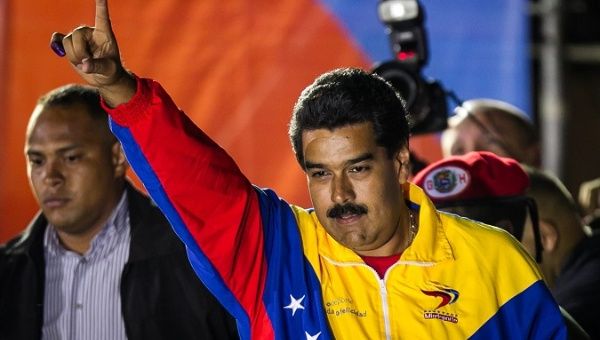 Venezuelan President Nicolas Maduro said that millions of men and women are willing to defend the Bolivarian Revolution.

The United States government is keeping the “military option” open in its bid to overthrow President Nicolas Maduro, the Venezuelan government stated through an official statement.

“As Venezuela has been denouncing since January, the U.S. instigates, promotes, organizes and finances an irresponsible campaign aimed at change of government by force, which demonstrates its contempt for sovereignty, peace and democracy.”

This assessment seemed to have been confirmed Saturday when U.S. Southern Command head, Craig Faller, expressed that “we are ready!” to talk with Venezuelan opposition politician Juan Guaido about ways of supporting his actions.

“The shift is not from war to diplomacy but rather it is from a direct conflict to a war between Colombia and Venezuela,” Moncada said and explained that “they are now joining the economic suffocation with provocations at the border in order to light that spark capable of setting the prairie on fire.”

On Saturday, the opposition politician Juan Guaido, who proclaimed himself “president” and led an attempted coup d’etat on April 30, asked Carlos Vecchio, his U.S.-based spokesman, to meet with U.S. Southern Command to coordinate “cooperation” in the Venezuelan case.

“We have instructed our ambassador Carlos Vecchio to meet with Southern Command in order to establish cooperation relations”, he said through Twitter.

Guaido also maintains that he has spoken with China to find a solution to the political impasse through the intervention of International Contact Group (GIC) foreign ministers.

In response to the Venezuelan far-right’s aggressions, President Maduro indicated that millions of Venezuelans are willing to defend their revolution.