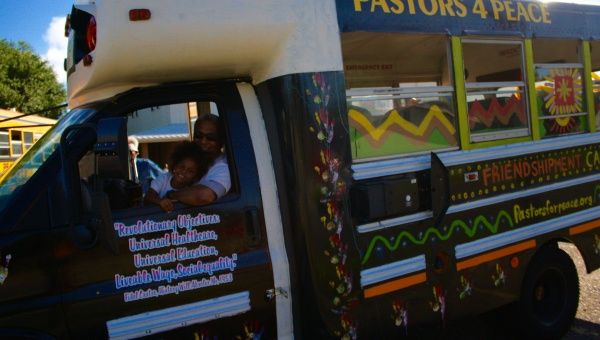 ‘Our caravans extend solidarity to the Cuban people’, say the Pastors for Peace organization that annually visits the blockaded island in protest of U.S. policy.

The Pastors for Peace Caravan is preparing for their annual visit to Cuba Saturday, a visit the government is celebrating this year in particular as it comes amid new travel restrictions by the US government.

Ana Silvia Rodriguez, Cuba’s ambassador at the United Nations says the upcoming ‘Pastors for Peace Caravan’ to the island by United States religious figures sends a clear message of difiance to the current U.S. administration that Cuba and religious protesters won’t accept its hostile policies.

Pastors for Peace have been visiting the island since 1992, often delivering medical and other supplies that have been able to enter the island due to the nearly 60-year U.S. blockade. This year, the pastors say: “Our caravans extend solidarity to the Cuban people.” Starting Saturday, participants will visit Havana and the Cienfuegos region where they will “explore how the Cuban people are moving forward in healthcare, organic farming, sustainable tourism, the diversity of religious expression in Cuba, and Cuba’s efforts to tackle legacies of racism, sexism, homophobia, and more.”

Since the religious caravan began nearly 30 years ago, the visit has been an act of ‘civil disobedience’, according to organizers who protest who are against U.S. policy that has long-prohibited its citizens from traveling to the island nation.

Participants in the tour that has now helped thousands of U.S. citizens see first-hand the daily life of Cubans, will, this year, be able to see how increased santions on Cuba by the President Donald Trump administration are affecting average people there.

The new restrictions include a ban on cruise tour ships moving between the U.S. and Cuba, which is affecting the island’s travel and tourism that it is economically depends on. The restrictions also include cracking down on ‘educational trips,’ like the pastors caravan.

Minister Rodriguez criticized the administration’s newest restrictions, suggesting Trump and his cabinet “are afraid that people from the U.S. will learn the true reality of my country.”