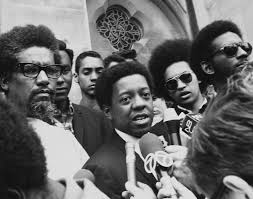 Note: These following remarks were made by Abayomi Azikiwe at a public meeting held at the Cass Commons in Midtown on June 19 to celebrate the annual Cuba Caravan which arrived in the city at the invitation of the Moratorium NOW! Coalition. Rev. Dr. Luis Barrios of the Inter-religious Foundation for Community Organizations (IFCO) and a faculty member at John Jay College of the City University of New York (CUNY), was the featured speaker.

154 years ago today in the state of Texas, Africans in this area of the United States were formally notified of their release from chattel enslavement, more than two years after the issuing of the Emancipation Proclamation by the-then President Abraham Lincoln on January 1, 1863.

Africans were enslaved for 250 years in the areas now known as the United States of America.

The 13th Amendment to the Constitution was introduced in Congress in January 1865 and ratified by the end of that year. The Civil War between the Confederate States of America (CSA) and the U.S. ended during the early days of April 1865.

The economic system of slavery connects Africans in the U.S. with Cuba, where involuntary servitude flourished for a period beyond what existed in the U.S. Slavery did not end in Cuba until October 1886. Slavery in Cuba had begun under the Spanish Crown in the 16th century even prior to the advent of British colonization of Virginia beginning in the first decade of the 17th century.

African people in Cuba and their counterparts in the U.S. have very much in common: a centuries-long struggle against slavery, colonialism, racism and imperialism.

Juneteenth and the Debate over Reparations…. https://bit.ly/2IPmPE6 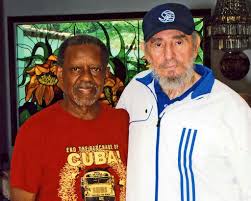