The American Federation of Government Employees is echoing calls from 218 lawmakers, led by Rep. Jamie Raskin of Maryland, for Congress to take immediate action to prevent the White House from undermining the collective bargaining rights of federal employees. In a letter sent yesterday to House Speaker Nancy Pelosi and House appropriations leaders, the lawmakers say that agency budgets being finalized this month by Senate and House appropriators must include House-passed language that would prevent President Trump’s political appointees from unilaterally stripping federal employees of their collective bargaining rights and protections against whistleblower retaliation and other mismanagement. “Without this provision, the Trump administration will likely succeed in crushing the federal employee unions, making a mockery of the collective bargaining guarantee and rendering the task of effectively representing union members all but impossible,” lawmakers state in the letter, which was initiated by AFGE members and organized with help from nearly a dozen other federal labor unions.
Read more here 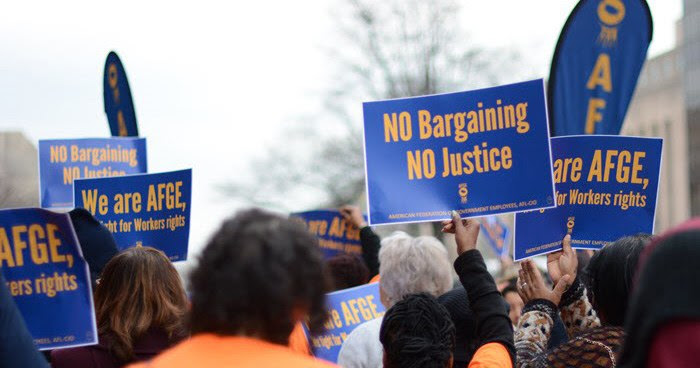