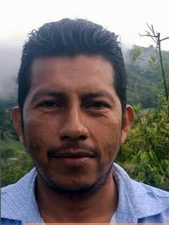 Free and open to the public

Leider Valencia is Colombian National Coordinator of the Growers of Coca, Poppy, and Marijuana (COCCAM), which is trying to find alternative crops to grow that will give them a living wage to support their families. Through his perspective as a campesino organizer, Leider will discuss forces threatening the Colombian peace process in rural areas and how movements in the U.S may contribute to solidarity in action. COCCAM emerged with the objective of promoting the implementation of point 4 (Solution to the problem of illicit drugs) of the peace accords in Havana. Paramilitaries have assassinated at lease 38 leaders participating in this movement.

Valencia is speaking in Milwaukee as a part of the Witness for Peace speaker tour which touches on the grassroots efforts by Afro-Colombians, Campesinos and Indigenous peoples working towards alternative sustainable development in areas hard-hit by the internal armed conflict as well as fumigations and forced eradication/militarization. The speaker will discuss the various forces threatening the Colombian peace process and how movements in the U.S may contribute in defending it.