You don’t need me to tell you that times are tough. Not only is the cliché about living one paycheck away from disaster absolutely true; for many who have jobs, the crisis is already here, and it never ends.

You’ve probably heard about at least one of the many studies in the last few years showing how precariously workers are living. A recent example says that almost half of U.S. residents can’t afford even a $400 emergency, such as an unexpected medical bill or car repair.

Millions are working more hours for fewer wages than before the Great Recession a decade ago. Others are desperate for more work. Many of us are supplementing low-wage, no-benefit jobs with gig work (Uber, Lyft, etc.). Others are working in inhuman conditions at Amazon.com fulfillment centers, where every step and bathroom break is timed to the second.

Families are doubling up, tripling up, living in garages and cars as rents climb through the roof. Nowhere in the U.S. can a person earning the minimum wage afford to rent a two-bedroom apartment. In May, the median cost for a month’s rent on a one-bedroom apartment in New York City was $2,980.

Profits have soared since the government bailed out big banks and companies with workers’ tax dollars during the Great Recession. But wages have not. Even as the official unemployment rate fell in September — while leaving millions of underemployed and permanently unemployed workers uncounted — average wages actually fell.

The gap between the rich and the rest of us continues to grow, aggravated by President Donald Trump’s tax cuts for the wealthy (who barely paid taxes to begin with). A Federal Reserve report showed that the top 1 percent gained $21 trillion in wealth since 1989, while the bottom 50 percent lost $900 billion. New data from the U.S. Census Bureau show income inequality is at the highest level in more than 50 years.

But these general trends, stark as they are, don’t tell the whole story. For Black, Latinx, Indigenous, Arab and Asian workers, for women and lesbian, gay, bisexual, transgender, queer and two-spirit workers, for migrants and refugees, young and disabled workers, there is discrimination in hiring, wages are lower, jobs more precarious, and there is the constant danger of repression, sexual assault or deportation.

As if all this wasn’t bad enough, now we’re bombarded with warnings that a new recession is starting…. 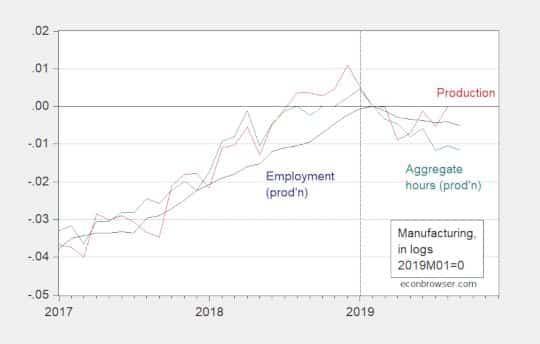