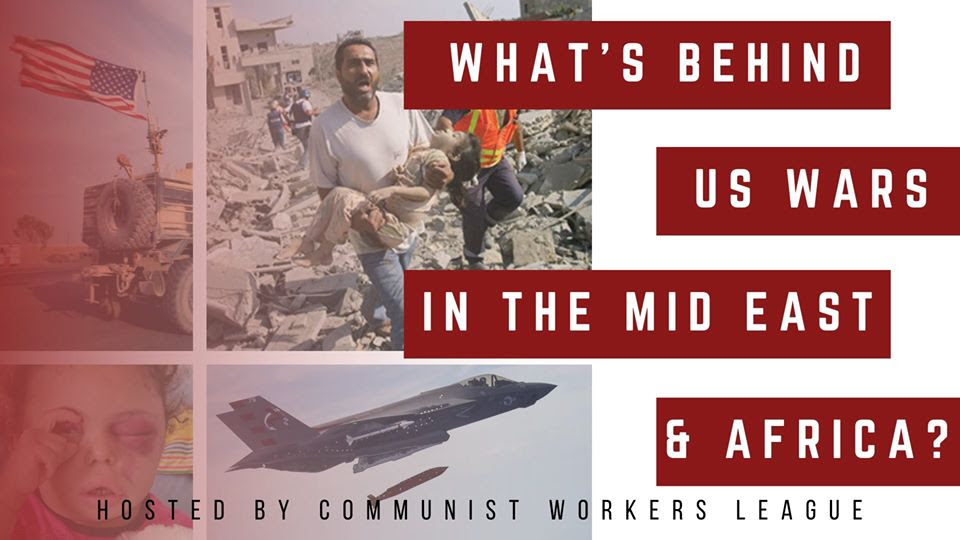 Join us on Saturday November 16 at 5pm at 5920 Second Ave., Detroit 48202 to learn about and discuss the endless US imperialist wars in the Middle East and North Africa region.

You’ll hear from speakers such as…

Despite false claims to pull out American troops from Syria and scale down involvement abroad, the Trump regime has continued down the same disastrous path as his imperialist predecessors.

For five years, the Yemeni people have suffered the brunt of the most advanced weapons in the world on a daily basis in an aggression that’s killed or injured over 100k civilians.

The regimes in Washington, Riyadh, and Abu Dhabi continue wielding famine and disease as weapons, triggering a humanitarian catastrophe, while infringing on Yemen’s right to self-determination.

Libya, which once enjoyed the highest standard of living on the African continent, has descended into a failed state and dystopian nightmare at the hands of the Obama regime and Washington’s NATO allies.

Meanwhile, Algeria, Tunisia, and Egypt all face political uncertainty and sit in the crosshairs of US military expansion.

Syria, which successfully battled US/Saudi/UAE/Qatari/Israeli/Turkish-sponsored mercenaries for the better half of a decade, now faces a new front along its northern border.

Learn about all of this and more on Saturday November 16th at this important discussion.