…. The freedom of the Cuban 5 was an integral key in the steps made by Obama towards normalization of relations with Cuba that he carried out through negotiations with the Cuban government.

Since Trump came to office he has reversed most of Obama’s gestures towards the Island by that odd illusory and transitory privilege, the Executive Order. But Trump didn’t stop there. He has used one Executive Order after another to tighten the blockade that has gone now for over 60 years. It seems like every morning the Cuban people wake to find yet another bolt of punishment, based on unfounded pretext, coming their way from the oval office.

While the Cubans constantly express their willingness to dialogue with the US in an atmosphere of mutual respect they will not bend to the threats and arrogant behavior.

And one thing is for sure, no Executive Order can be issued that would reverse the return of the Five Cuban Heroes to their homeland.

Featured image: Celebration upon the release of the Cuban 5 in Washington DC. Photo: Bill Hackwell 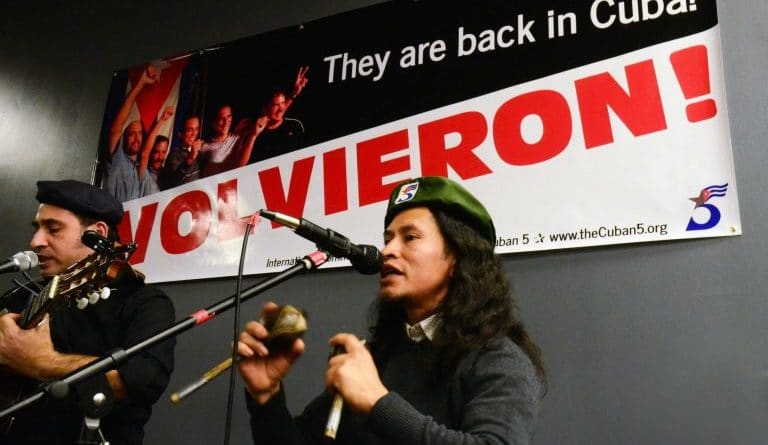