Visiting over 70 communities across Wisconsin, we will listen, learn, share, and help each other to vote. Most legs of our tour will be completed in one day. It’s time to vote our values and face our global and local challenges – together.

May 1st – Milwaukee – May Day with Voce de la Frontera! Employees of the Environmental Protection Agency (EPA) are mobilizing across the country to garner support from members of Congress and the public to protect the EPA from Trump’s ongoing attacks on its workers and mission.

Not only did the Trump administration roll back more than 90 environment and human health protection rules and regulations, the administration also trashed EPA employees’ union contract and unilaterally imposed its own anti-worker rules. AFGE forced EPA management to return to the table after filing unfair labor practice charges and grievances over the agency’s decision to repudiate our previously negotiated contract.

“[House Speaker] Nancy Pelosi was not the first person to rip up a document,” said AFGE Local 3631 Chief Steward Jan Nation after participating in AFGE’s silent gathering at the Hart Senate Office Building earlier this month. “Back in June, this administration ripped up our negotiated contract. And they imposed upon us a contract, made no negotiations, no say from us, just shoved it down our throat and took away workers’ rights and union rights. Those two things go hand in hand together, and we’re going to fight to get them back.”

With less than a month to secure a fair contract, EPA workers are intensifying their efforts to mobilize support for the EPA Workers’ Bill of Rights to protect the agency’s mission and the people who carry it out.

So far, there are 3,948 signatures on the Bill of Rights – including 40 lawmakers. The Union for Concerned Scientists has signed onto the Bill of Rights, giving EPA workers a boost in their fight to be able to do their jobs and protect the public health without political interference.

“We’ve got to build on this momentum and add thousands of more names to the EPA Workers’ Bill of Rights,” said Gary Morton, president of AFGE EPA Council 238. “Our efforts are making an impact. Our vision of a strong EPA where workers have the resources they need to ensure clean environments is becoming a reality. But we need to keep up the energy to make it happen.”

Keeping up the energy they did. EPA workers in North Carolina, for example, took to the streets to protect their mission and call for the EPA workers’ Bill of Rights.

AFGE Local 3428 members had an EPA Worker Bill of Rights signing party. They also met with several members of Congress to garner their support.

Environment is a pressing issue for most Americans

The workers appear to have the public on their side. For the first time in nearly 20 years, a new survey found that the environment is a pressing issue among Americans, on par with the economy. According to the Pew Research Center, 64% of Americans say protecting the environment should be a top priority for Congress and the government on par with 67% who say the same thing about strengthening the economy.

“We’re getting a lot of great feedback and support from Congress people. It’s great to hear. It’s a great morale booster because they’re saying ‘Thank you for all the work you do,’” said Joyce Howell, vice president of AFGE Local 3631 in Philadelphia. “The thing is, for EPA, it’s not only protecting the workers; it’s protecting the work. We want to be able to do the work we came to EPA to do. With all the environmental rollbacks, it’s just demoralizing.”

EPA employees are outraged that the Trump administration is once against proposing to cut the EPA’s budget by 26% next year.

“Seventy percent of EPA’s budget goes out to grants, to the states to help them protect their water and our air, and that’s our mission to protect the health and the environment, and I can’t understand anybody can be opposed to clean air and clean water and the clean environment for our next generations to come,” Nation said.

Morton reminded people why the EPA was created and why EPA employees fight to protect their mission.

“The EPA was created in 1970 because community groups and state groups could not protect the environment. They made environmental decisions based on economics,” he said. “EPA employees just want to do the jobs. They want the resources to keep American safe. This isn’t for personal gain. This is for public service. We want the tools and the backing of the government to do it.”

Have you sign the EPA Workers’ Bill of Rights?

Click here to add your name to our petition!

Commit here to taking a stand for US Postal Workers!

On Feb. 25, we are standing up for our public Postal Service. It’s time to protect America’s most cherished institution.

In 2006, Congress saddled our public Postal Service with an unfair and unsustainable burden of pre-funding retiree health care benefits for the next 75 years! That means paying now for USPS workers who aren’t even born yet.

The USPS Fairness Act will start to put that right by removing the unfair burden. By repealing the prefunding mandate, the Postal Service would then be able to focus on investing and innovating services in order to better meet its mission to service every American household and business.

Join us supporting our public Postal Service. Sign up to call your Senators on Feb. 25, 2020.

Sign-Up here to be part of the nationwide Call-In Day! 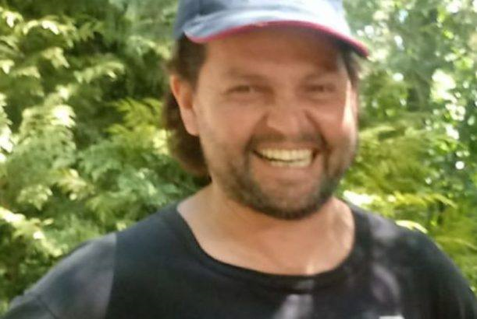 Facundo Molares is an Argentinian photojournalist illegally imprisoned by the Bolivian dictatorship.

The dictatorship arrested Facundo Morales while he was in a coma at the hospital with kidney failure on November 11, 2019, a day after seizing power in a coup d’état. Facundo was in Bolivia reporting on the elections for the Argentinian magazine “el Centenario”.

While imprisoned, and without access to adequate medical care, Facundo Morales lost the use of one eye and there is concern that if he does not receive needed medical treatment, which may include a kidney transplant, that his life could be in danger. 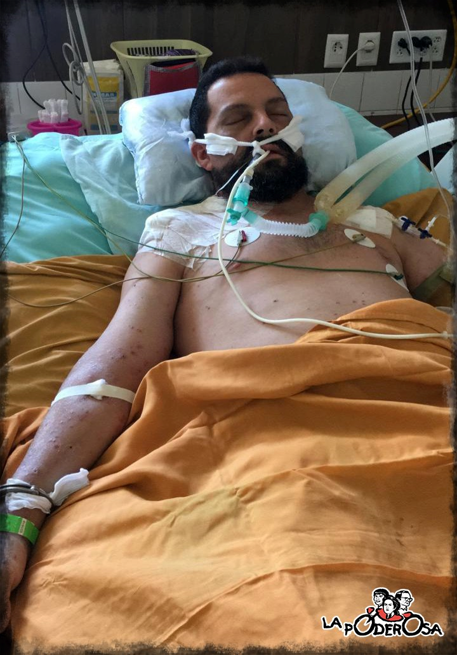 A sit down interview with Abayomi Azikiwe a Moratorium NOW! Activist, as well as Editor and Publisher of the Pan-African Newswire. Where topics ranging from background to current activism and everything in between will be discussed.

Join us to celebrate International Women’s Day with women and gender-oppressed speakers, artists, performers, and vendors!

We live under an economic system that is organized around exploitation and a political system that is ruled by the rich. Cuts to entitlement programs, attacks on public sector unions, and threats to public education hit women hardest, especially women of color. Politicians – from Trump and Pence, to many state legislatures – are pushing to enact laws that pose a real danger to our rights, our reproductive freedom and our lives. Working women of all nationalities are leading the movements to defend the public sector, unions, reproductive freedom, and more.

The fight against sexual assault and harassment is reaching new heights, as every day brings news of more women breaking their silence and naming their attackers, bringing down powerful men from Hollywood to Capitol Hill. While some try to hold back progress, we need to seize this moment, and take the fight to every workplace, every school, everywhere there are working and oppressed women.

International Women’s Day was established by women who sought to overthrow the system of exploitation and inequality. This is our same fight today.

The Chicago Public School strike of 35,000 teachers and workers against the Chicago School Board was a strike mostly of women and led mainly by women. Two of those women will be among our guest speakers: Dian Palmer, president of the Service Employees International Union Local 73, and Christel Williams-Hayes, recording secretary of the Chicago Teachers Union.

USPCN as an organization of Palestinians in exile has helped lead the struggle here for an end to Zionist occupation and colonization of Palestine. They are well known for leading the fight against the U.S. government attack on Rasmea Odeh. Sarah has also been a leader in Students for Justice in Palestine.

Gabriela is a grassroots alliance of women in the Philippines struggling for the liberation of all oppressed women and the rest of the Filipino people. They organize for women’s rights, reproductive rights, and against gender discrimination, violence against women but also on economic and political issues that affects women. GABRIELA USA brought the Filipino women’s mass movement to the United States.

Note: The venue is the UE Hall, an historic union with a proud tradition of militant trade unionism and support for social movements. The building is not currently wheelchair accessible. 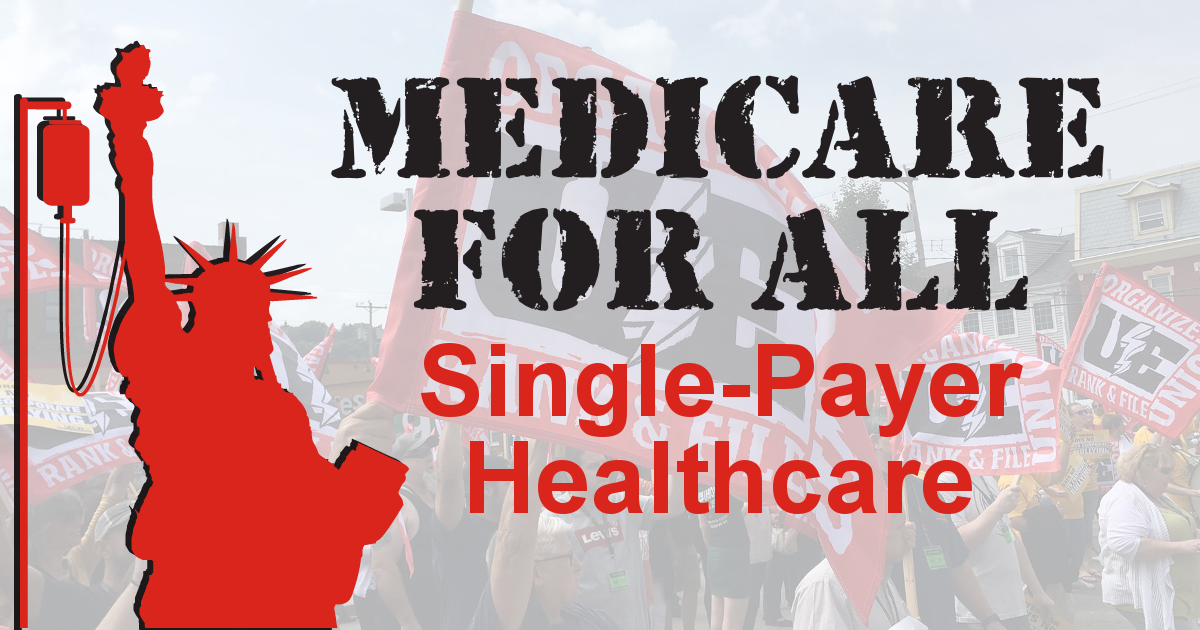 Volunteers, organizers and supporters of people sentenced under the old law (and thus eligible for parole) have been attending the monthly meetings of the parole commission since last August. There we have seen evidence of active efforts to sabotage and obstruct the long overdue releases of our loved ones.

The racism and signs of manipulation we witnessed at January’s meeting were particularly intolerable. We will not sit and watch this injustice any longer. From now on we will follow the monthly meetings with a rally supporting reform and releases.

We’re asking you to join us on February 5 and on the first Wednesday of every month thereafter until they LET OUR PEOPLE GO!

9:30 am- attend the public portion of the parole commission meeting. Public is not welcomed to speak during the meeting, but the more people we have bearing witness, the more pressure for reform will be felt.

Unknown- the meeting will go to closed session and we will have to leave the room, but will gather outside near the staff parking lot on the south side of the building.
12:00- rally and press conference, outside the DOC building on the south rise. We will have speeches, signs and chants demanding release of our loved ones as the parole commissioners leave the building.

Talib Akbar- survivor of Wisconsin prison system, sentenced under the old law and released in 2013. Organizer with MOSES.

If you cannot attend, please support this effort by signing and sharing our petition demanding accelerated releases and reformed criteria.

The Tyendinaga are expecting an OPP raid on their blockade any hour now. When this happens Toronto will respond shortly after with a solidarity rail blockade action. As we don’t know when this will be yet, we ask you to be ready to respond with us. When the raid happens check the event link for updates on where and when we will meet.

BACKGROUND:
The Mohawks of Tyendinaga and their supporters have been blockading a CN mainline through their territory for nearly two weeks now in support of the Wet’suwet’en. Two weeks ago, militarized RCMP invaded Wet’suwet’en territory to arrest land defenders, who were reclaiming their territories and impeding the Coastal Gas Link project. While the invasion of Wet’suwet’en lands seems particularly atrocious because their lands are unceded and unsurrendered, the truth is that Canada has long since voided its treaty with every Indigenous Nation. It is time to stand up and shut things down; for Tyendinaga, for the Wet’suwet’en, for the Sipekne’katik and for every Indigenous Nation fighting to protect the land & water.”

WANT TO RESPOND IN YOUR CITY?
FIND AN EDITABLE GRAPHIC FOR SHARING HERE:
https://north-shore.info/wp-content/uploads/2020/02/wetsusoligrphc-editable.cleaned.pdf