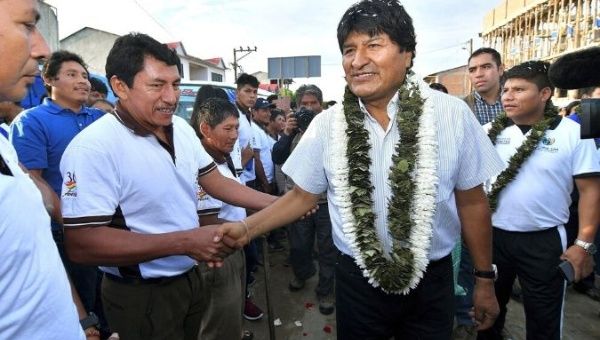 The Massachusetts Institute of Technology conducted an analysis of the results of the elections in Bolivia last October 20 and highlighted the legitimate victory of Morales by more than 10 percentage points.

The President of Argentina, Alberto Fernández, ratified his complaint that in Bolivia “the rule of law was violated” after the coup d’etat against Evo Morales and demanded “prompt democratization” in the country “with the full participation of the people.”

“According to a report published by the Washington Post and made by the Massachusetts Institute of Technology (MIT), Evo Morales won last year’s election by more than 10 points, without any fraud,” the president wrote.

In a series of tweets on his Twitter account, Fernández said that “the report disseminated, with singular hardness, criticizes, for its inconsistency, the audit conducted at that time by the OAS (Organization of American States) that concluded in affirming the existence of irregularities in the election that is now claimed”.

“As I always pointed out, in Bolivia the rule of law was violated with the actions of the Armed Forces and sectors of the opposition to the then president and with the explicit complicity of the OAS that was called to ensure the full validity of democracy.”

Fernández said: “The Argentine Government at the time (headed by Macri), kept an accomplice silence before such an outrage, ignoring the voices that then rose to preserve the Bolivian institutionality.”

The MIT study questions the report in which the OAS once noticed irregularities in the elections and that served as an argument for its secretary general, Luis Almagro, to ensure that there was fraud in favor of Morales….