The COVID-19 pandemic has laid bare the immorality of the sanctions the United States has imposed on one third of the world’s population. Like the half million Iraqi children killed by U.S. sanctions in the 1990s, the death toll from COVID-19 in 2020 will be inflated by the punishment the U.S. inflicts through its dominance of the global banking system. Under sanctions the Trump administration unilaterally reinstated on Iran in 2018, the U.S. prevents other countries from buying Iranian oil, leaving the country bankrupt and creating a crisis in its health system. With the arrival of the pandemic, sanctions are giving Iran one of the highest Coronavirus death rates in the world. Venezuela’s economy has also suffered tremendously from unilateral coercive measures imposed by the United States, leaving that country’s health system very vulnerable, too.

This contrasts sharply with the responses of some of the very countries impacted by U.S. economic warfare. Cuba, Nicaragua, and Venezuela have been labeled a “Troika of Tyranny” by the Trump administration as it targets them for regime change. But Cuba has proven itself to be a world leader on health matters, sending more healthcare workers around the world to respond to disasters and disease than even the WHO. During the current pandemic Cuba has deployed medical teams to seven countries, is considering requests from several more, and was the only country that would accept a British cruise ship with Coronavirus passengers. Cuba helped China bring the pandemic under control inside its borders by sending doctors and facilitating production of the Cuban drug Interferon-Alpha2B. All this while Cuba itself has been suffering from escalations to the devastating blockade the U.S. has imposed on it for 60 years!

Meanwhile, Cuban, Chinese, and Venezuelan doctors have gone to Italy to help its population so hard hit by Covid-19.

Another beautiful example of solidarity is the Manitos Children’s Fund which helps Venezuelan children who don’t have enough food or medicine because of the U.S. blockade and sanctions. In a three-way effort, North Americans contribute funds to buy beans from Nicaraguan peasants to be donated to Venezuela. These peasants also donate additional seeds to help their Venezuelan brothers and sisters feed themselves. And the Nicaraguan farmers are happy to do so, as they remember the solidarity they received from President Hugo Chavez, and the two-way solidarity in the form of medical support and food donations that has been expressed between the Cuban and Nicaraguan peoples over the years. Read here for more info about the Manitos Children’s Fund and how you can donate.

Please sign our petition to tell Congress and the Trump Administration to LIFT ALL SANCTIONS NOW!

The COVID-19 pandemic knows no borders and can only be resolved by showing human solidarity with our brothers and sisters in all countries around the world. I am ashamed that the U.S. government continues to impose unilateral coercive measures (“sanctions”) on 39 countries, or one-third of the world’s population, and has refused to lift the measures during this worldwide health crisis. This is exacerbating the pandemic, risks prolonging it for all countries, and is immoral because it is certain to increase deaths among the world’s most vulnerable citizens. While unilateral coercive measures are incompatible with international law, the UN Charter, the Charter of the Organization of American States, and are considered crimes against humanity, during this worldwide health crisis they constitute war crimes and may lead to genocide.

I call on Congress and the Trump administration to immediately lift all sanctions the U.S. has imposed on other countries. 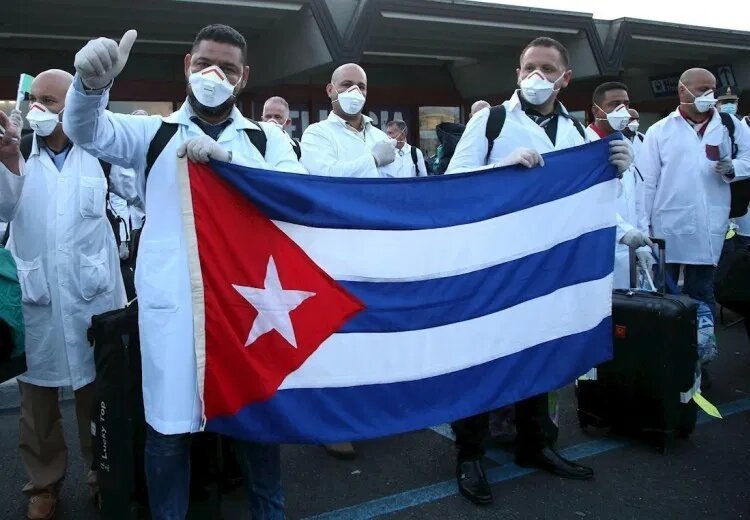