Announcing A New Book On What It Takes To Be A Street Medic In A Period Of Increasing Chaos And Crisis. Written By Håkan Geijer.

Riot medicine is the practice of medicine in an adversarial environment. It exists outside of formal and State sanctioned medical services. Practitioners of riot medicine go by many names (riot medics, street medics, demonstration medics, action medical), but at the end of the day, their goals are the same. They take to the streets as part of the diverse system of mutual aid that allows individuals to engage in protest. The duties of a riot medic may include handing out water during a peaceful demonstration, providing late-night jail support for arrested comrades, caring for injured protesters and bystanders during a riot, or extracting and providing lifesaving interventions for combatants during an armed uprising.

The lens of riot medicine rather than street medicine was chose to help you focus more on how to provide medical care during demonstrations and physical engagements rather than to inform you on how to run a volunteer clinic or provide care for injuries sustained outside of short lived confrontations. The aim is to provide enough medical and tactical knowledge to enable riot medics to support short mobilizations on the scale of several hours to several days.

If you are an experienced medical professional, this book will guide you on how to safely operate during a protest. However, this book assumes that medicine may not be your primary occupation or ﬁeld of study. Both the common and more formal medical terms are included as well as a glossary for reference. Foundational medical theory has been provided to give context for various treatments, and as such, not all information in this book needs to be memorized. Some information may seem obvious, but what is obvious to you is not obvious to others. In depth information is provided to help demystify seemingly esoteric practices and address common misconceptions.

Because of the exceptionally diverse conditions under which riot medicine is practiced, this book generally avoids making absolute statements about how an individual or group must act. Riot medics may be part of the Black Bloc or may act as seemingly neutral third parties. They may be uncertiﬁed or may be practicing physicians. How they choose to act depends on may factors including the nature of the action, the legality of protest, the legality of practicing medicine, and the overall political climate of the region where an action is taking place. This book will provide you with a toolbox that will help you make operational decisions using your own experiences and context specific information…. 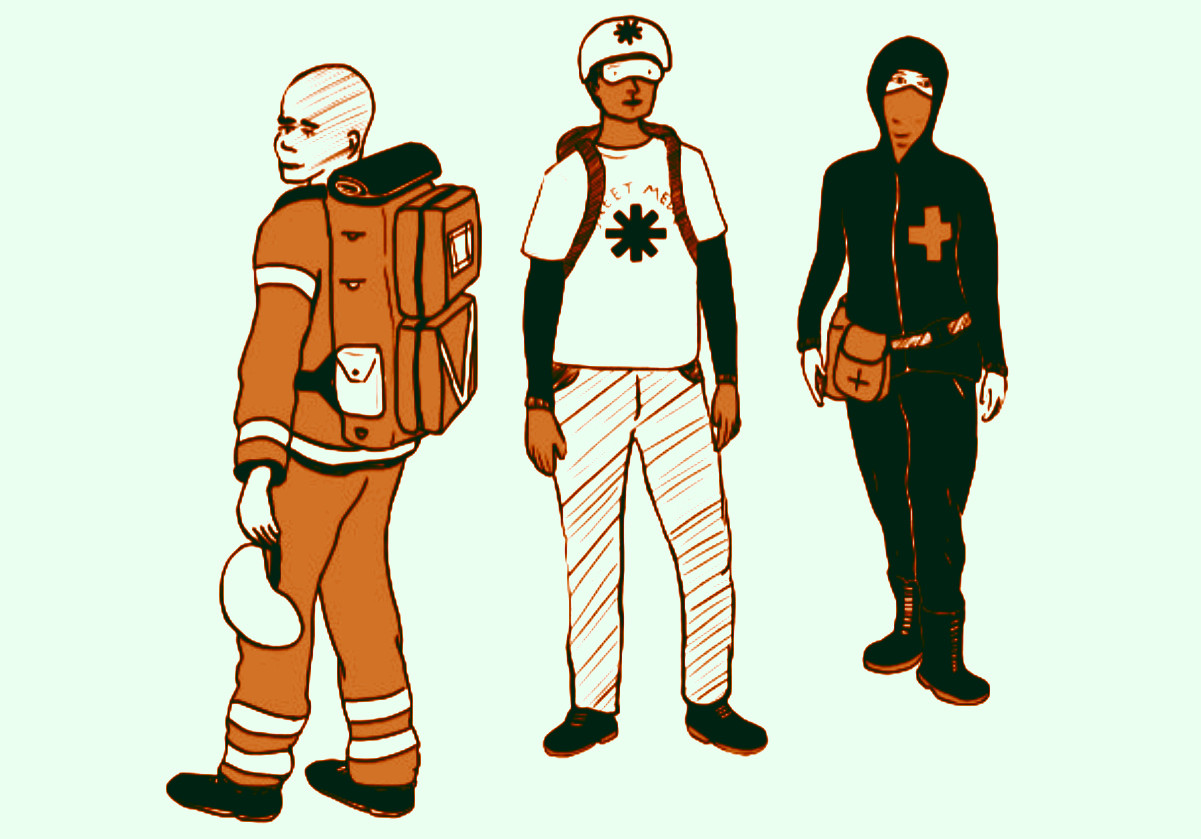