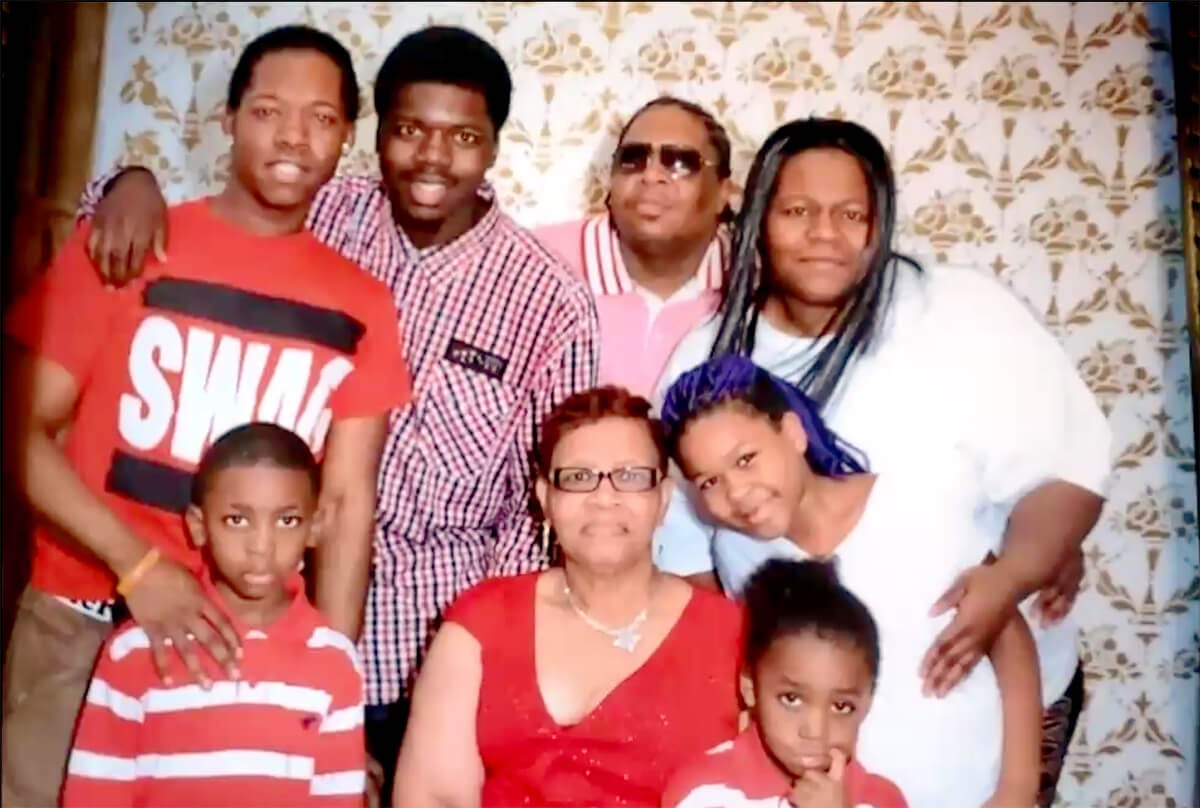 The Jackson family. Family and coworkers say Mike Jackson, an 45-year-old father of eight and employee at Briggs & Stratton in Wauwatosa, died of coronavirus after collapsing on the job. They allege the company has done little to protect its employees. (Photo via Voces de la Frontera

Yet another ‘essential worker’ died after reportedly being mistreated by his employer.

Mike Jackson, a 45-year-old father of eight, was in the midst of organizing with his fellow workers at Briggs & Stratton in Wauwatosa to demand better worker safety when he collapsed on the job last week.

His family and coworkers say he had been experiencing coronavirus symptoms for weeks. They allege he felt pressured to work — in close quarters on an assembly line  — because Briggs & Stratton never laid out clear guidelines for employees experiencing symptoms, never provided adequate protection, or allowed paid sick days.

“That’s bogus, just how they did my father,” said Jackson’s 25-year-old son, Kavonte, through tears. “All he wanted to do was take care of his kids. But instead of letting him stay home and be safe, they forced him to work. Now he’s gone, and we don’t have no father no more.”

“One thing that needs to be addressed is these companies and these corporations who are putting pressure on these workers for profit,” said Jackson’s younger cousin, Adebisi Agoro. “Capitalism is moving towards this new system of ‘isms’: Essentialism, where they’re putting the essence of the worker before the existence of the worker.”

Voces de la Frontera has filed an OSHA complaint against Briggs & Stratton demanding a company-wide mask-wearing policy, proper distancing at work stations, coronavirus tests for all employees, and more transparency with its own workers.

“The company has been secretive about infections and has used the pandemic as an excuse to suppress workplace democracy, putting workers’ lives in danger,” said Chance Zombor, a grievance representative with United Steelworkers Local 2-232, which represents Briggs & Stratton employees. “I believe Mike would be alive right now if the company had put safety first, if they put people over profits, and if they put lives over lawnmowers.”

Zombor and another Briggs & Stratton Employee, Herb Williamson, said workers only get two personal days per year but not any sick days. Each day off results in a “point”; if an employee gets too many points in a year, they are fired, Zombor said.

It took Jackson’s death to get coronavirus testing for workers in Jackson’s immediate area, Zombor said, but there is no wide-scale testing happening.

“They’re not educating anyone on the floor about what’s going on,” Williamson said.

The pandemic has shown how poorly millions of essential workers, oftentimes people of color, are treated by their employers. Black and Latino workers, especially women, are disproportionately considered essential. The Brookings Institution found that the essential status of so many black and brown workers is almost certainly contributing to the disparate effects of coronavirus on minority communities.

That has manifested in Wisconsin, where Black residents are at a much greater risk of contracting and dying from coronavirus than white people.

“It’s a shame we had to lose someone in order for all this to come into the light,” said Jackson’s older brother, Ed.

Christine Neumann-Ortiz, executive director of Voces de la Frontera, said Briggs & Stratton will meet with the group to address safety concerns. The company could not immediately be reached for comment Friday.

Voces de la Frontera was also involved in highlighting poor conditions for food processing workers in April, especially at meatpacking plants in Green Bay, where over 600 workers were infected at just two facilities.

“These kind of core issues that have all been flagged everywhere you go, it’s just the same themes over and over again,” Neumann-Ortiz said.