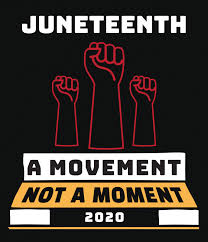 After 145 years since the end of slavery, the African American national question is still a burning one

Author’s Note: The following is the text of a speech delivered on June 19, 2010 on the 145th anniversary of Juneteenth. This address is being republished in honor of the 155th commemoration of Juneteenth in light of the resurgence of the anti-racist struggle in the United States and the international community. The event a decade ago was held at the offices of the Moratorium NOW! Coalition and the Michigan Emergency Committee Against War & Injustice (MECAWI) located in the Midtown District in Detroit.

Today is the 145th anniversary of Juneteenth, a national holiday for the African American people who spent nearly 250 years enslaved inside the British colonies of North America and the eventual United States of America. The holiday represents the struggle of African people to end slavery, legalized segregation, lynching, wage discrimination and all other forms of exploitation and national oppression.

In a declaration issued by the Union Army after the conclusion of the Civil War with specific reference to the state of Texas said that:

“The people of Texas are informed that, in accordance with a Proclamation from the Executive of the United States, all slaves are free. This involves an absolute equality of personal rights and rights of property between former masters and slaves, and the connection heretofore existing between them becomes that between employer and hired labor.” (U.S. Maj. Gen. Gordon Granger, June 19, 1865, Source: Texas State Library)

Why was this statement so significant since President Abraham Lincoln had issued the Emancipation Proclamation in August 1862 which became valid on January 1, 1863? (Celebrated as Emancipation Day)

The fact of the matter was that the ruling elites of the Confederacy were not about to abide by an executive order freeing their enslaved Africans from bondage. This was a proclamation that was imposed through the necessities of war in an effort to undermine the economic basis of Southern society and its way of life.

“In my opinion, the biggest things that are happening in the world today are on the one hand the movement of the slaves in America started by the death of John Brown, and on the other the movement of the serfs in Russia.” (Chronicles of Black Protest, Edited by Bradford Chambers, 1968, p. 107)

Even though the Abolitionist movement had been in existence for decades and the increasingly rebellious character of the slaves became a serious factor during the late 1850s, the ruling class in the North and the South were not prepared for the emancipation of four million Africans inside the United States. Although Lincoln had previously said that he was anti-slavery, his inaugural address in 1861 left much to be desired for the Abolitionists.

According to Bradford Chambers in his book “Chronicles of Black Protest”, Frederick Douglass, the anti-slavery agitator and journalist, believed strongly in the inevitable emancipation of African people in the United States. Douglass had freed himself from slavery and would eventually travel to Ireland during the 1840s where he would gain international support from the Irish national movement for the cause of emancipation within the United States.

However, in 1861, Chambers recounts that “Douglass’ confidence that emancipation would come about fell precipitously in the months following Lincoln’s election as President. Disenchantment began with the inaugural address. In that address Lincoln announced his intention to keep out of the affairs of states that permitted slavery, although he had previously opposed the extension of slavery in the new states being formed in the West.” (Chronicles of Black Protest, Chambers, p.108) ….