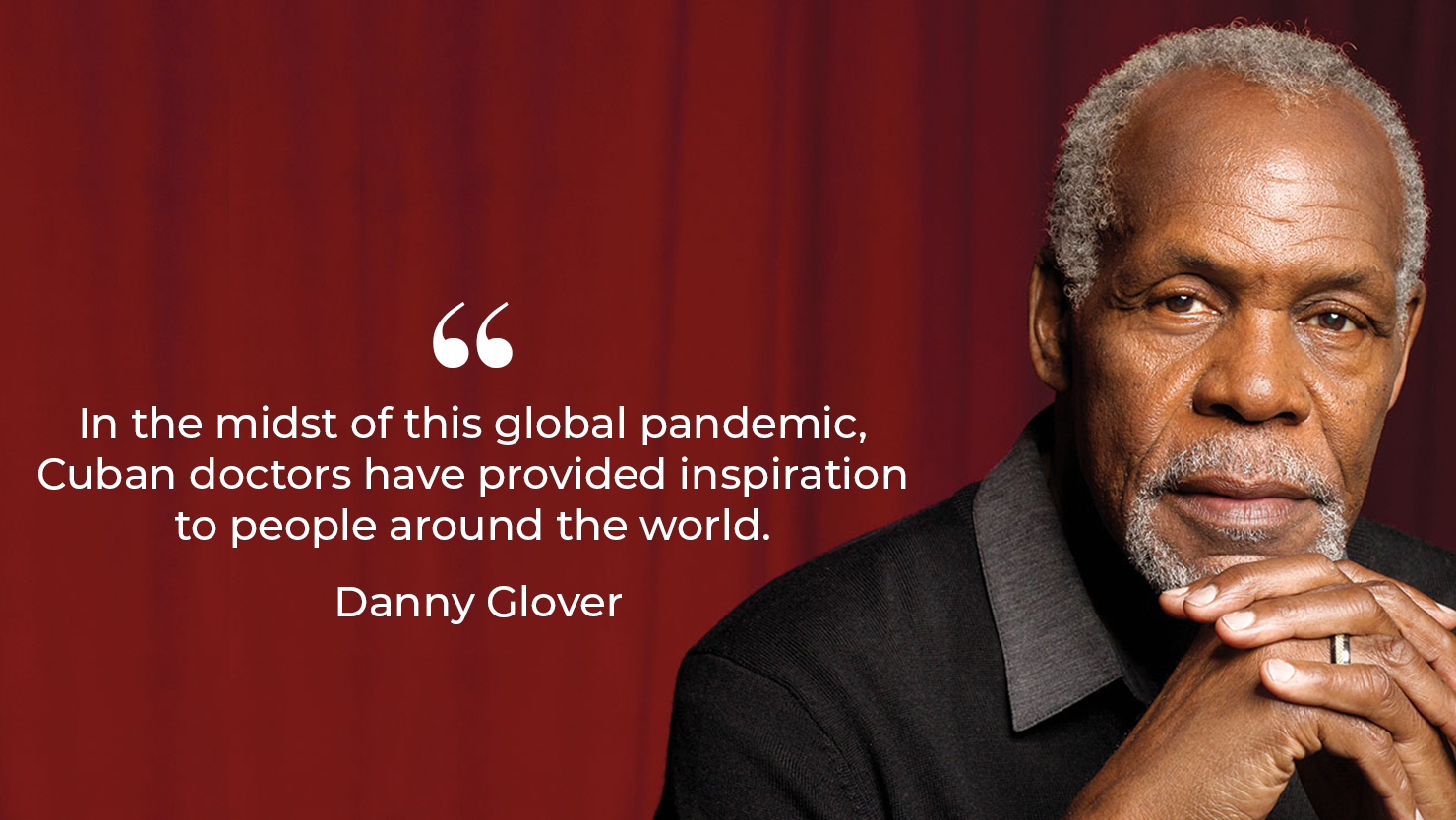 In the midst of this global pandemic, Cuba is sending doctors around the world, inspiring all of us who work for peace and a healthy planet. Instead of lauding Cuba’s extraordinary international solidarity, the Trump administration has been demonizing Cuba’s doctor program and intensifying its blockade against Cuba, going so far as to block a shipment of much-needed coronavirus medical supplies.

Cuba has a long history of providing medical aid to countries in need. In 2005, in response to Hurricane Katrina, they created the Henry Reeve Medical Brigade to send medical teams abroad after natural disasters and during pandemics. They fought ebola in West Africa, cholera in Haiti and now they’re fighting COVID-19 in 29 countries. In 15 years, the Brigade has treated 3.5 million people and saved an estimated 80,000 lives.
In recognition of their solidarity and selflessness, saving thousands of lives by putting their own lives at risk, join us in urging the Nobel Committee to award the 2021 Nobel Peace Prize to Cuba’s Henry Reeve Medical Brigade.

Creating another world is possible, which is what Cuban solidarity is about. They have a medical school (ELAM) that trains people from all over the world, for free, so they can return home to provide care for their own communities. The idea that you can train doctors and transform not only the way they see themselves, but the way they relate to the world, is extremely powerful. It also raises an important question: if Cuba – a small country facing a brutal embargo – can help save lives around the world, why can’t the United States?

The grassroots movement to award a Nobel Peace Prize to the Henry Reeve Medical Brigade is a way to show what a “Good Neighbor” looks like, and why we need to move our government from its militaristic, interventionist posture to one on non-intervention, respect and appreciation for our differences, and working together for the common good. Cuba’s medical brigades are a great example of what it is to be a Good Neighbor.

I hope you will join us in the campaign to give the 2021 Nobel Peace Prize to the brave Cuban doctors, nurses and technicians working tirelessly around the world.

With love and admiration for the Cuban people,