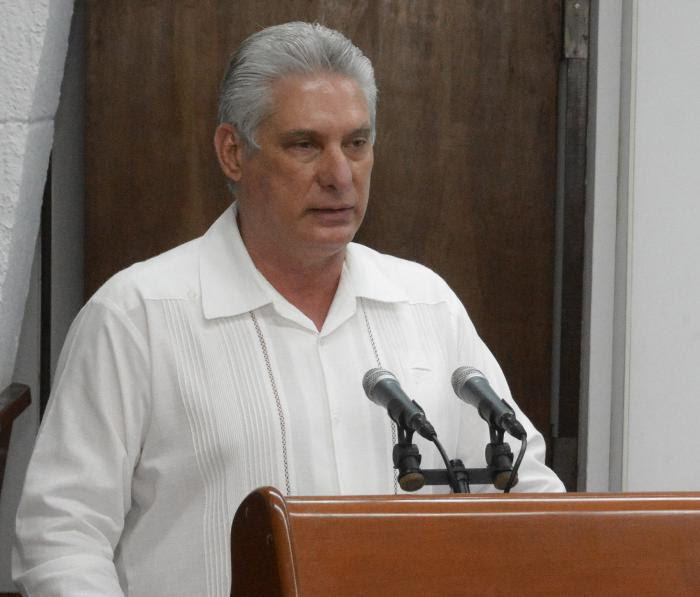 Granma, July 17, 2020 – The national strategy presented to strengthen the economy in the post-COVID period is “a plan that defends an ideal, not an idea of perfection but the sum total of objectives to be met,” President Miguel Díaz-Canel Bermúdez stated during his remarks at yesterday’s Council of Ministers meeting, broadcast on the Mesa Redonda Cuban television program.
He explained that the objectives focus on implementing agreements made at the last Party Congress and meeting the people’s demands that emerged from the Policy Guidelines debate, defeating the U.S. blockade, facing the global crisis that neoliberalism and the pandemic have exacerbated, and applying science and innovation to strengthen development, while upholding the socialist ideal as the only known path to prosperity with social justice.
Read the Rest