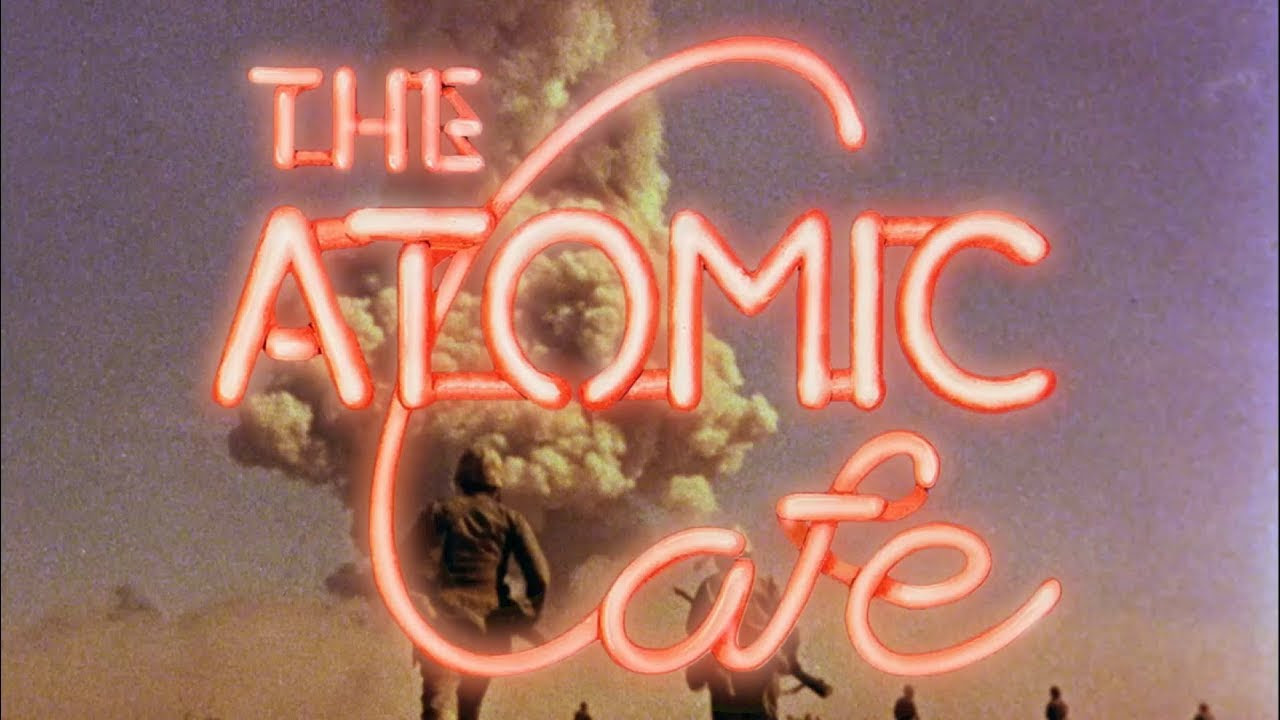 “When not close enough to be killed, the atomic bomb is one of the most beautiful sights in the world”- U.S. Army training film

Armageddon has never been so darkly funny as in The Atomic Cafe. This 1982 cult classic juxtaposes Cold War history, propaganda, music and culture, seamlessly crafted from government-produced educational and training films, newsreels and advertisements. Taken together, these sources cheerily instruct the public on how to live in the Atomic Age, how to survive a nuclear attack (!) … and how to fight and win a nuclear war.

The Atomic Cafe relates the story of the American atomic bomb from its inception in 1945 through to dominance over world affairs in the late 1950s. Consisting solely of archival footage, filmmakers Jayne Loader, Kevin Rafferty and Pierce Rafferty craft a convincing narrative of early Cold War events and attitudes. Their film provides a critical glimpse into post-war America: a world of Duck and Cover school drills, troops marching toward ground zero at the Nevada Test Site, and politicians waxing lyrical over both the threat and the promise of a new atomic era. The film highlights the aesthetic spectacle, abundant novelty and kitsch appropriation of the bomb endemic to the period, but also reveals the drama, deceit and death associated with atomic experimentation.