Two weeks ago we gathered outside of Wells Fargo in protest. This week we return!
Pressure is increasing at Standing Rock. Attack dogs, rubber bullets, water cannons, mace and hate — water protectors are confronting it all.
Now the US Army Corp of Engineers is attempting to shut down the camp Dec.5. NOW is the time to throw all our weight behind Standing Rock.

Atfer Gathering at Wells Fargo, we will March east on Wisconsin to the Federal Courthouse to demand that Predsident Obama and the US Army Corp of Engineers withdraw their eviction notice and protect what is sacred!

Water protectors and Climate warriors– Lets show ’em what we got!

To help organize or co-sponsor, message us or email at NoDAPLdec1@gmail.com

From Jennifer Meeropol, Executive Director of the Rosenberg Fund For Children: http://www.rfc.org/

On December 1st, my father and uncle will travel to the White House to make a public plea to President Obama to exonerate my grandmother, Ethel Rosenberg, and to deliver our petition with your signature and that of over 40,000 other people.

I’m proud that my Congressman, Jim McGovern (MA 2nd District), is suporting this effort, and is sending his own letter to the President this week urging him to act. My father and uncle have asked other legislators in their home states of Massachusetts and New York to join Congressman McGovern in backing this campaign and contacting the White House. My family was also very encouraged that The Boston Globe ran a stunning, fulll-page editorial on Thanksgiving Day, calling on President Obama to act.

Will you help, by calling these members of Congress and asking them to support the campaign to exonerate Ethel Rosenberg?

Here’s a suggestion of what to say: “A huge body of evidence shows Ethel Rosenberg was not a spy and our government knew that but executed her anyway. Please join Congressman Jim McGovern and The Boston Globe, and issue a public statement supporting the petition to exonerate Ethel (found at www.rfc.org/ethel). I also urge you to contact President Obama to ask him to act on the request that Ethel’s sons Robert and Michael Meeropol have submitted.”

Momentum is growing and time is running out. Please help with this urgent request now, and reply to this email to let me know the response you get to your calls.

ARTICLE BY Abayomi Azikiwe of the Pan-African News Wire: http://bit.ly/2gEdOgl

No other political figure outside of Africa symbolized global solidarity with the aspirations of the people from the northern regions to the sub-continent than Comandante President Fidel Castro Ruz of the Republic of Cuba.

Historical, political and cultural ties between the people of Africa and Cuba extend back for over five centuries. Cuba was colonized by European empires utilizing the labor of enslaved Africans whose super-exploitation laid the basis for the rise of world capitalism and imperialism.

In a speech delivered by President Castro on April 19, 1976 in Havana commemorating the 15th anniversary of the heroic victory over exiled mercenaries coordinated by Central Intelligence Agency (CIA) operatives at Playa Giron (Bay of Pigs), the Cuban leader said: “We are a Latin African people – enemies of colonialism, neocolonialism, racism, apartheid, which Yankee imperialism aids and protects.” (http://www.rhodesia.nl/giron.htm)

The Pan-African News Wire is an international electronic press service designed to foster intelligent discussion on the affairs of African people throughout the continent and the world. The press agency was founded in January of 1998 and has published thousands of articles and dispatches in newspapers, magazines, journals, research reports, blogs and websites throughout the world. The PANW represents the only daily international news source on pan-african and global affairs. PANW editor Abayomi Azikiwe is often solicited by various newspaper, radio and television stations for comment and analysis on local, national and world affairs. He serves as a political analyst for Press TV and RT worldwide satellite television news networks as well as other international media in the areas of African and world affairs. He has appeared on numerous television and radio networks including Al Jazeera, CCTV, BBC, NPR, Radio Netherlands, the Australian Broadcasting Corporation, South Africa Radio 786, Belgian Pirate Radio, TVC Nigeria and others. 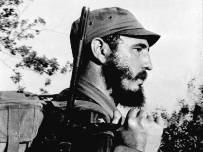 UPDATE NOV. 28: THE JUDGE IN THIS CASE HAS CANCELLED THE HEARING.

All out for November 29th federal court hearing—most important of the case—in Detroit!

If you’re not in the Midwest and can’t make it to Detroit, organize a solidarity event in your city!

The Rasmea Defense Committee is calling on everyone to mobilize for Detroit on November 29th, and tell us here that you’re attending or if you need a ride or if you can provide transportation!

In addition, NY is organizing a solidarity action on November 28th, Harvard Law School is discussing the case on November 11th, and others in Florida, Texas, and California are planning actions as well.

If you are NOT in the Midwest, we are calling on you to also organize support events for Rasmea on or around November 29th.  Again, it is the most important hearing in the case, and it also falls on the International Day of Solidarity with the Palestinian People, so there may already be Palestine support forces near you that are organizing events we can join with Rasmea’s story.

Let us know once it’s scheduled, by emailing info@stopfbi.net.

And continue to support #Justice4Rasmea by donating to the defense, and staying in touch through justice4rasmea.org and justice4rasmea@uspcn.org.

On Tuesday, November 29th, 2016, the International Day of Solidarity with the Palestinian People, Rasmea Odeh will once again be in a Detroit courtroom—this time for the most important hearing in her case to date—before Judge Gershwin Drain.  This Daubert hearing will, in all likelihood, have two mental health experts from each of the prosecution and defense sides testify before the judge, and then he will hear legal arguments as to whether the testimony of Dr. Mary Fabri—the clinical psychologist from the world-renowned Kovler Center for the Treatment of Survivors of Torture, who diagnosed Rasmea’s Post-Traumatic Stress Disorder (PTSD)—is scientifically valid and applicable to the facts of the case.

Recall that before the 2014 trial, Dr. Fabri, who has worked with torture survivors for over 25 years, was prepared to testify as to how Rasmea’s PTSD, caused by the torture and rape she experienced at the hands of Israeli military interrogators in 1969, affected her answers to questions on complex immigration forms decades later in the U.S.

Judge Drain originally ruled her testimony irrelevant and inadmissible, which led to Rasmea’s unjust conviction; but earlier this year, the Sixth Circuit Court of Appeals ruled that he had erred, and sent the case back to him for the Daubert hearing.

Recently, Rasmea was subjected to 17 hours of mental examination by a government expert.  Her defense had argued strongly to oppose this questioning prior to the November 29th hearing, but Judge Drain still allowed it.  Even though the government continues to try to challenge Rasmea’s story, and claim that she does not have PTSD and did not get brutalized by the Israeli authorities in the 60s and 70s, Rasmea remains steadfast and strong, and will continue to exercise her constitutional right to assert a meaningful defense.

Rasmea and her lawyers are confident that the results of this hearing will lead to a new trial sometime in early 2017, in which Dr. Fabri will testify before a jury, and the details of Israel’s torture and crimes against Rasmea will be heard.  But if Judge Drain rules against her on November 29th, we will again appeal the decision.

That is why we are mobilizing heavy for this hearing.  It is as important a moment as any we have had in the case.

From the beginning, the Rasmea Defense Committee has pointed out that the legal proceedings against Rasmea are nothing but a pretext to intimidate those who organize and struggle to realize a liberated Palestine.  Demonstrations in support of her have taken place across the U.S. since her arrest in 2013, and we are again going All Out for Detroit on November 29th.

The Rasmea Defense Committee is led by the U.S. Palestinian Community Network and the Committee to Stop FBI Repression