The Madison General Defense Committee of the IWW stands in solidarity with the Seattle GDC member, Hex, who was shot and almost killed, having spent many weeks in ICU, while protecting innocents from fascist pepper spray attacks. The Madison GDC also stands opposed to Daniel Dropik and the American Freedom Party having any presence what so ever or having any platform to spew their vitriolic antiBlack antiMuslim antiImmigrant “speech” (speech that advocates the killing and even genocide of people based on their skin color). We understand that Daniel Dropik has made it a habit of burning Black churches and that the American Freedom Party is the group that inspired Dylan Roof, that is why we will accept NO public presence of the group in Madison. 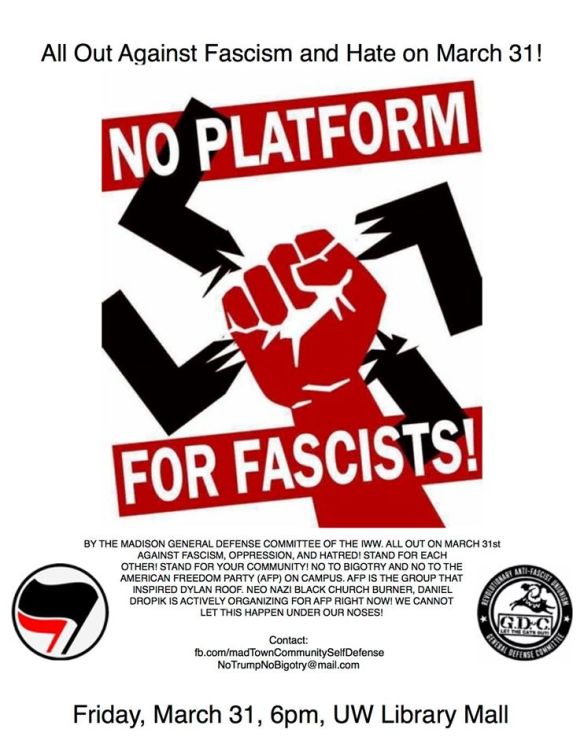