Skip to primary content
Skip to secondary content
https://www.telesurtv.net/english/index.html
The addition of North Korea and Venezuela broadens the restrictions from the original, mostly Muslim-majority list. U.S. President Donald Trump has announced that Venezuela and North Korea (the DPRK) will be added to the list of countries banned from traveling to the United States.

The new restrictions, slated to go into effect on October 18, resulted from a review after President Donald Trump’s original travel bans were challenged in court.

The addition of North Korea and Venezuela broadens the restrictions from the original, mostly Muslim-majority list.

“North Korea does not cooperate with the United States government in any respect and fails to satisfy all information-sharing requirements,” the proclamation said.

An administration official, briefing reporters on a conference call, acknowledged that the number of North Koreans traveling to the United States now was very low.

No to police acting like ICE! Join us to speak out against the destructive impact AB190 would have on our communities and Wisconsin’s economy, particularly the dairy industry. Instead of turning police into ICE, Scott Walker should return driver’s cards to immigrants.

On Wednesday September 20th, it was discovered that the monument to the international brigades at James Madison park, installed to honor those who fought against Franco and his fascist squads in the Spanish Civil War, was desecrated by hateful symbols of mass genocide. The swastika graffiti was put up only a hundred feet from the Gates of Heaven synagogue – one of the oldest synagogues in the US. on the eve of Rosh Hashanah, the Jewish new year, which is a major holiday.

Stand up and let these Nazis know that the few monuments that the left has in this country will not be attacked without a response. Let them know that we will not back down as our fellow community members are terrorized next to their places of worship and solace. 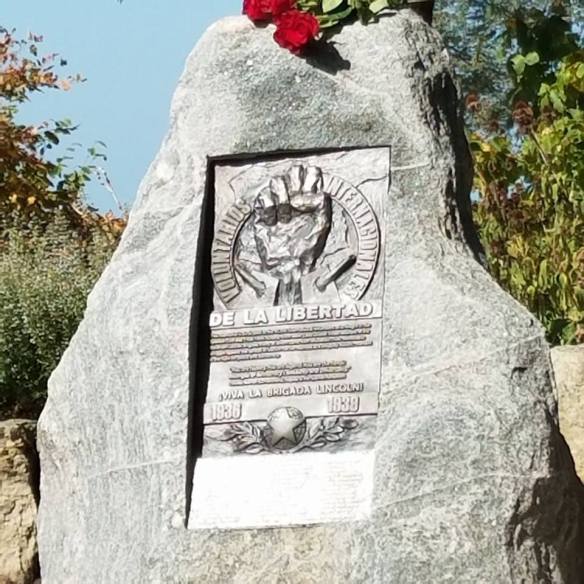 With heavy hearts, we announce the passing of our sister, Yasmin Fernandez.

Originally from Mexico, Yasmin came to this country in 2006 and worked as a fast food worker for over 11 years. She was a passionate advocate for her co-workers and community and instrumental in building the Fight for 15 movement in San Jose.

An LGBTQ Latinx immigrant, fearless leader, and tireless organizer, Yasmin embodied everything this movement stands for.

On Thursday September 14, Yasmin collapsed while working sick (due to short staff) and had a heart attack. After being rushed to the hospital she fell into a coma. After doctors determined that she would not regain consciousness, and with the the approval of her family and partner, Yasmin was removed from life support and passed away peacefully.

Please give today and help Yasmin’s family defray the cost of her untimely funeral.

For me, her passing is more than tragically losing a union Sister. Yasmin was my partner and my inspiration to go on strike and fight for what we deserve. She fought for union rights because she didn’t want any worker to be forced to work sick, be paid poverty wages, or be denied basic human dignity on the job.

I ask that you honor her strength, integrity and intention by giving generously to help defray the costs of reuniting Yasmin with her family in Mexico so her family can celebrate her life.

Every amount and every kind comment is deeply appreciated and helps.