Don’t fall for the spin: With $4 million in administrative staff bonuses, this is not a state of Colorado funding problem; this is a @DenverPublicSchools budgeting problem. We stand with @DenverTeachers! #DCTAStrong #RedForEd #edcolo#coleg #copolitics

Angela Davis: No Shades, No Bounds

To kick off Women’s Herstory Month, Dr. Angela Davis will come to the UW Oshkosh campus to discuss the lack of justice for women of color.

Read this article by Abayomi Azikiwe, editor of the Pan-African News Wire, on the recently-announced foreign policy approach to Africa by the Trump administration. Azikiwe notes that National Security Advisor John Bolton made the Trump policy presentation at the Heritage Foundation during mid-December. The critical analysis was published by News Ghana based in West Africa. According to its website: “News Ghana is Ghana’s leading online news publication for business’ in West Africa and around the continent. We carry news analysis, documentary & business news and sports news worldwide to a larger audience and also focus on developmental issues on Africa, Investment in Africa’s Infrastructure, Health & Education, Roads & Railways, Energy, Transport, etc. News Ghana is updated with increasing depth and frequency. Today, the site is updated 24 hours a day, seven days a week. News Ghana will stimulate and expand the national conversation, reporting the news as it breaks, while providing a platform where readers and contributors may have an imprint on public policy, influence public opinion and ultimately, contribute towards bringing the change that we desire in our country, Ghana.” 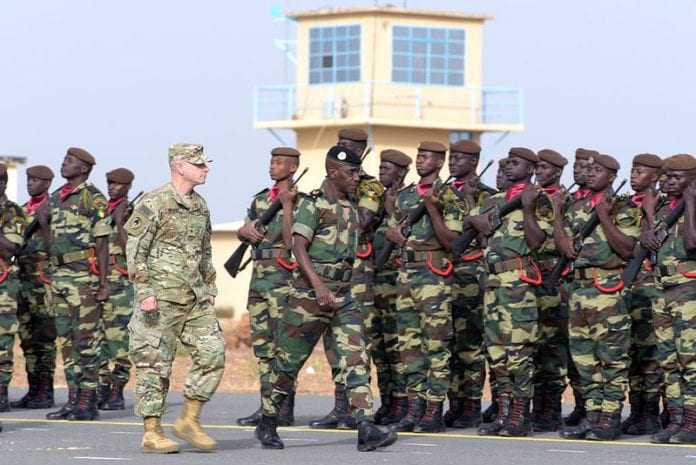 AFRICOM in the Sahel

Join us for the next membership meeting of our chapter in Waukesha! We will have a Know Your Rights workshop and discuss our efforts to restore access to driver’s licenses to immigrants and the fight against anti-immigrant policies like 287g. We’ll have membership meetings every two weeks.

On Tuesday, March 26th 2019, over 1,000 people from across the state of Wisconsin, all a part of WISDOM, will gather at the State Capitol to advocate and educate representatives about issues in the proposed state budget! We will be having several buses leaving from all over the state to go to the Capitol! Please save the date. There will be more details to come on how to GET ON THE BUS!

We love working in Milwaukee Public Schools, but know our days are also challenging and stressful. That’s why Milwaukee Teachers’ Education Association (MTEA) welcomes all MPS educators and education workers to the Riverwest Public House Cooperative for “Fight Back Friday.” This event will be held on the first Friday of every month from 4pm to 6pm, and will offer local educators and education workers a space to connect, rejuvenate, and advocate for our students and profession.

Every month we will feature a different activity or speaker to keep the event fresh. Come and join others fighting to make our public schools the best possible place for our students.

We will be discussing a submission process to create a new logo for the event at our first event so come and enjoy a beverage (Public House will offer a drink special), catch up on union and public education advocacy, and meet other awesome MPS folks! This event is free and open to the public. 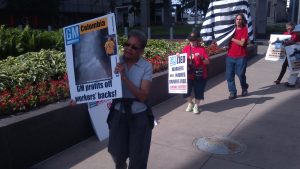 We are outraged over General Motors’ plans for mass layoffs at its Colmotores (Bogota, Colombia) assembly plant announced on December 21, 2018 that will result in an unspecified number of workers and their families deprived of their means of existence.

GM’s method of informing the workers was especially outrageous: waiting until the last day before the Christmas holidays, and only after most workers had left the plant. In these actions, the bosses exhibit their fear of the workers whose labor has enriched GM executives and shareholders. These layoffs are part of a broad and brutal corporate “restructuring” at the expense of workers in the U.S. (Detroit, Warren, Baltimore, Lordstown), Canada (Oshawa) and other unnamed international locations.

We declare our full solidarity in the struggle against these shutdowns. The discarding of the GM Colmotores workers is consistent with that plant’s brutal treatment of the workers who’ve suffered shop floor injuries and which the company subsequently fired and robbed of their means of existence.

We declare our continued solidarity with the struggle of the injured ex-GM Colmotores workers, members of The Association of Injured Workers and Ex-Workers of General Motors Colmotores (ASOTRECOL), who have heroically maintained their protest tent encampment at the US Embassy now over 7 years. The struggle by ASOTRECOL has strengthened the struggle by recently fired injured GM Colmotores workers who the company has been forced to reinstate. The perseverance of ASOTRECOL combined with international solidarity has been instrumental in their victories.

We declare our continued solidarity with the fired injured workers who continue their fight to win their jobs back. Together with the GM workers facing layoffs and their unions Sintraime and SintraGMCol, we can form a strong united front to fight for the rights of GM workers around the world.

We will support the militant fightback by GM workers here in the USA, Canada, Colombia, Brazil and elsewhere as part of a campaign of international working class solidarity – the only means by which we can triumph against GM and the other transnational corporations. 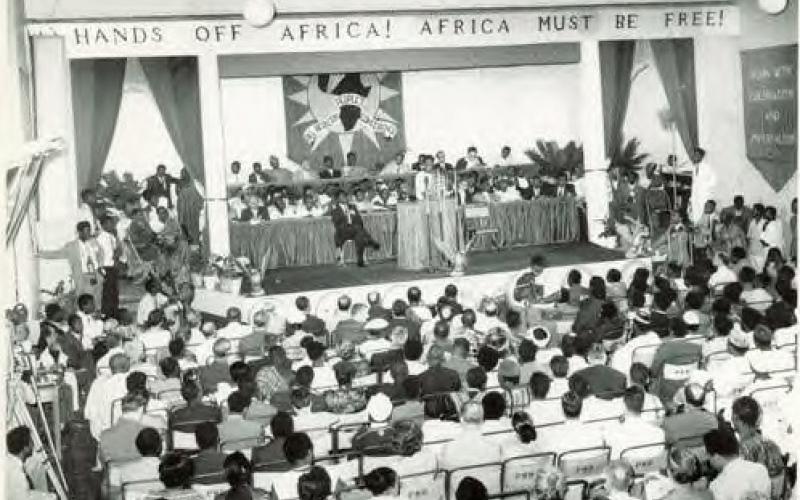 After more than six decades since the gathering of the first All-African People’s Conference (AAPC) in Accra, Ghana on 8-13 December 1958, renewal of revolutionary Pan-Africanism is needed on the continent and globally.

At that time Ghana was the fountainhead of Pan-Africanism where the previous year the Convention People’s Party (CPP) and its founder Kwame Nkrumah won independence from British colonialism.

Immediately after the declaration of liberation, Nkrumah proclaimed in his inaugural speech on 6 March 1957 that the independence of Ghana “is meaningless unless it is linked up with the total independence of the African continent”. Later in mid-April 1958 the first Conference of Independent African States (CIAS) was held in Accra with eight liberated governments in attendance.

Nonetheless, the AAPC was much different in character than the CIAS. There were approximately 300 delegates in attendance representing 65 different national liberation movements, trade unions and mass organisations from 28 countries.

At the time there were nine independent African states and all of them sent representatives to the AAPC with the exception of Sudan, which had just undergone a military coup on 17 November. Leading members of the anti-racist movement in apartheid Union of South Africa were not present either since many were ensnarled in the racist legal system, which had indicted over 150 Congress movement organisers for treason in 1956.

Bolivarian Republic of Venezuela, Nicolas Maduro, stressed that in the United States a great movement of solidarity with Venezuela is being waged in rejection of the coup d’état promoted by the US government against the Venezuelan nation.

This was highlighted by the national leader, Nicolas Maduro, this Saturday in reference to the concentration of the US people in front of the White House in Washington against the coup. It’s important to highlight that most of this activities in the USA were organized by Answer Coalition and the Party of Socialist Liberation, another important group of  organizations and individuals join their initiative and lots of Venezuelans are very thankful for that.

He also thanked the demonstrations of solidarity expressed by the people of Spain and Turkey, in support of Venezuela, its democracy and its legitimate government and the constitution.

In the United States there were also events of solidarity in Milwaukee, Baltimore, Chicago, Los Angeles among others disregarding the subzero temperatures that are affecting these days in North America. We leave below some images and videos of the hermanos from the US, Canada, Turkey , Chile and Spain who support the Chavismo and the Bolivarian Revolution. If you have more relevant images from other cities or countries feel free to share them with us and we will post them here in further updates: