Police Chief Daniel G. O’Shea of Rockford, IL made a public statement in a press conference stating that at risk youth in the 16 to 17 year old age range are a lost cause and undeserving of the life and path changing relationships that build trust with law enforcement and ultimately encourage non violent behavior.

He specifically states, “juvies, the 16 and 17 year old’s that are running around shooting each other, we’re not wasting our time trying to save them. They’re lost.” He went on to say, in the now viral video, “17 year olds that go around committing murders and shooting at people, I, sorry, off to prison you go. I got nothing for ya.”

Rockford PD is widely known in the community for racial profiling, using excessive force and harsh policing of primarily black and brown areas of Rockford, IL. There is no sect of any population that should be treated this way and then counted as a lost cause by the Chief of Police who took an oath to protect and serve the ENTIRE community.

A primary role of the Police Chief is to manage police departments, which includes hiring, assessing, training, disciplining and firing of officers. A police chief who disregards an entire sect of the youth of our city as a lost cause should NOT be in the position to implement these views and practices on the officers who are in direct contact with this community. 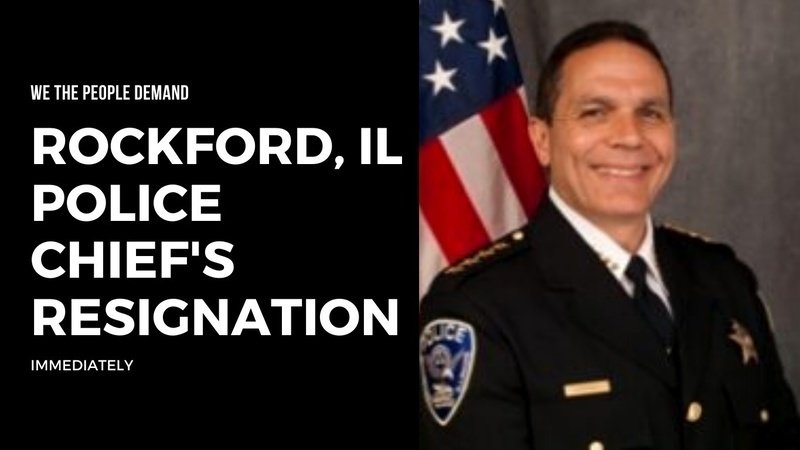