Colinford Mattis, Urooj Rahman, and Samantha Shader are political prisoners. In late May, the three activists were arrested for alleged property destruction during the protests that broke out across the country. All three are still being held in jail without bail and are facing life in prison on federal charges. 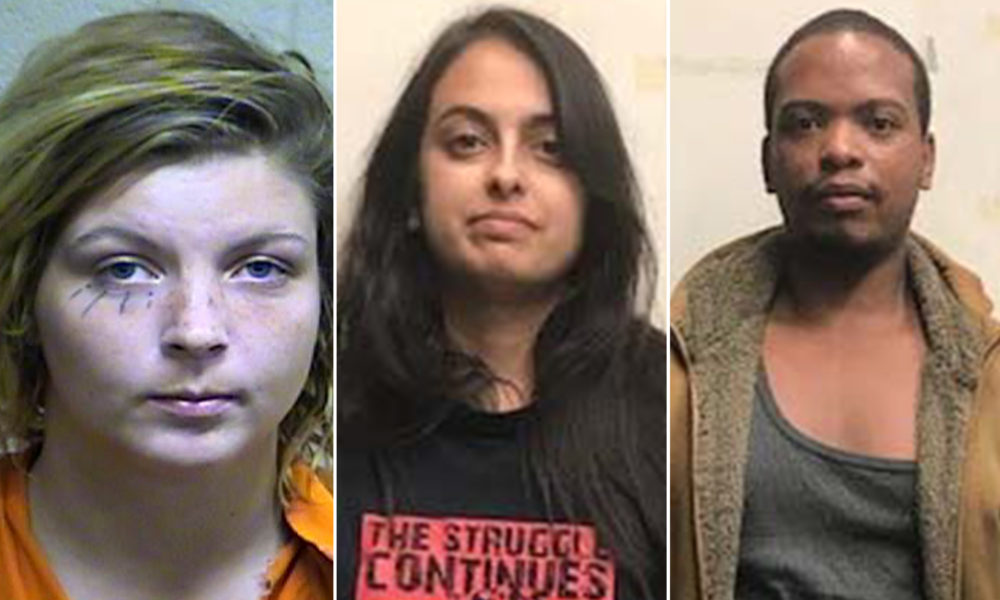 hen the protests against racist police first erupted in New York City in late May, police initially responded with mass arrests, repression, and brutality, while the mayor responded by instituting a curfew and offering carte blanche to the NYPD to terrorize the people of New York. In recent weeks, police in New York and across the country have changed tactics from repression to co-optation, preferring to work with collaborators to pacify protests rather than beat and arrest the protesters. Yet three protesters arrested at the beginning the uprisings are still being held at the Metropolitan Detention Center. Here, the state is deploying another tactic: intimidating protesters by creating examples.

Colinford Mattis and Urooj Rahman are both first-generation Americans born and raised in the working class in Brooklyn. Both now work as lawyers in the city. Rahman is a public interest lawyer working for Bronx Legal Services. They are also both the primary caregivers for family members — foster siblings in Mattis’s case and an elderly mother in Rahman’s. They were arrested for allegedly throwing a Molotov cocktail through the window of an already broken and abandoned NYPD car on the night of May 29, when protests were raging all around New York and especially in the neighborhood of Fort Greene.

Samantha Shader, who has a long history of encounters with and resistance to law enforcement, was arrested separately the same night, also for allegedly throwing a Molotov cocktail. This one, which did not ignite, was aimed at a car with officers in it.

Unlike NYPD officers, Mattis, Rahman, and Shader did not hurt anyone that night. The only thing they could possibly be guilty of is attempting to damage property — which is exactly what the police were created to prevent, often at the expense of human life. Rahman herself analyzed this contrast succinctly in a video interview from just hours before her arrest:

What I saw was targeting of property, and no property is above human life. Destruction of property is nothing compared to the murder of a human life. So I understand why people are doing it. It’s a way to show their pain, their anger, because it just never stops.

Terrifyingly, the three are now facing life in prison, with a mandatory minimum of 45 years, for various federal crimes, including use of explosives, arson, use of explosives to commit a felony, arson conspiracy, use of a destructive device, civil disorder, and making or possessing a destructive device. Additionally, and unusually, all three are being held without bail, despite pleas from family, friends, community members, and even former federal prosecutors and despite the fact that Shader was injured during her arrest and is not currently receiving proper medical treatment.

“When you look at the offenses alleged against Ms. Rahman and Mr. Mattis, normally you’d expect them to be tried under state law in state court,” said Ramzi Kassem, a City University of New York School of Law professor in an interview with The Intercept. “The fact that the federal government has bent over backwards to find a federal-jurisdictional hook for such cases is intended to send a chilling message to activists.” Vincent Southerland, executive director of the Center on Race, Inequality, and the Law at New York University’s law school, added, “In addition to the extremely harsh potential sentences, it is exceedingly rare for the Department of Justice to go to this extent to appeal the granting of bail. Altogether it suggests that the government is trying to make an example out of these people to send a message to the public — a message of fear with regards to the people taking part in these protests….”