Listen to the Sun. Nov. 25, 2018 special edition of the Pan-African Journal: Worldwide Radio Broadcast hosted by Abayomi Azikiwe, editor of the Pan-African News Wire. The program features our regular PANW report with dispatches on the investment plans in the Republic of Zimbabwe; South African President Cyril Ramaphosa has signed a minimum wage bill where 6 million people will benefit; Republic of Congo has an anti-gender violence program which is threatened by the economic crisis impacting the country; and there have been attacks on the Somalian military by al-Shabaab fighters in recent days. In the second hour we continue our focus on the 55th anniversary of the assassination of former United States President John F. Kennedy through an interview from 1967 following the notion that his alleged assassin was employed by the Central Intelligence Agency (CIA). Finally we conclude the program with a report on the life, times and legacy of Dr. Martin Luther King, Jr. in light of the upcoming 90th anniversary of his birth. 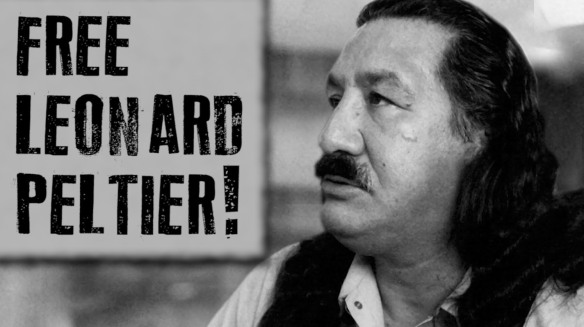 Statement from Native political prisoner #LeonardPeltier that elder Bert Waters read to #NationalDayOfMourning
2018. To find out more about Leonard and how you can help, go to: www.whoisleonardpeltier.info

Well here it is, sorry to say, another year, and I’m still writing to you from a prison cell. I am still in pain from my illnesses with no knowledge of whether I will ever get treatments for them. BUT I’m alive and still breathing hoping, wishing, praying for not just my pains, but for all Native Nations and the People of the World who care and have positive feelings about what is happening to Mother Earth and against the evils committed by Wasi’chu in their greed for HER natural resources .

It doesn’t seem as if any changes for the good or safety of Mother Earth will happen soon. But the good hearted People are fighting back, and some good People are winning in the struggles to beat back some of this evil and to make THE Changes, the safety networks, we need for our grandchildren and great grandchildren so that they will be able to live happy successful lives, at least decent lives, that most of the poor underprivileged in my generation never got to experience or enjoy in our short lives.

SO, I sit back and look at the world, and I wonder if I will ever get to see the outside world again, free from this prison cell? At 74 it is not looking too good for that to happen. BUT I keep my hopes alive and pray as hard as I can that it will happen. If not, when they bury me I want to be laid to rest face down and with a note pinned to my ass with the words in large bold letters, ‘KISS MY ASS!!’… just in case someone wants to study my bones years from now :)!!

On a more pleasant issue one of my grandaughters Ashley is in college at University of Arizona, Flagstaff, and she wants to be a Medicine Woman! How awesome is that? My Baby, a doctor! Wow! How proud am I! You would not believe just how much I am! I could use a little help now and then for her; don’t send it to me, but send it to ILPDC earmarked for her use ONLY !!. She is going on a long hard journey, so she will need help now and then. One day, if she continues her studies to be a Medicine Woman, I know things can change as time goes by, but if she makes it, she will be an enormous help to Native Nations’ hospitals.

My friend Harvey Arden passed yesterday on Saturday, November 17, 2018 5:20 P:M. He was a very good and kind man who loved Native People and the poor and sick. We are all going to miss him. I hope he has a good safe journey to the Spirit World, and I hope our Relatives will all be there to greet him with open arms; that would be very pleasing to him. See you soon, my Kola.

Politically we are finally making gains in Congress; two great Native ladies made it in the House of Representatives! They are Shanice Davids, Ho Chunk of Wisconsin, for Kansas and Deb Haaland, Laguna Pueblo, for New Mexico. On Pine Ridge MY nephew Julian Bear Runner made it as President of the great Lakota Nation! I’m hearing more states are doing away with Columbus Day! Hell, we may just win the War for Survival yet.:)

My last thoughts on this day, that we Native People call a Day of Mourning, are for my Sisters’ and Brothers’ family by blood and by AIM that are now in the Spirit World, and to them I say Lila Pilamaya, thank you for your love and work for The People.

My thoughts are also with the youth such as the Water Protectors and all people young and old who are working to protect Mother Earth. I hope someday in the near future to be with you and part of this march and join you in the feast prepared by Native People and wonderful supporters who have joined together today to honor our Ancestors.

In The Spirit of Crazy Horse
Doksha
Leonard Peltier

Join us as we continue our efforts to pass legislation to restore driver licenses to immigrants and low-income individuals. We’ll be sharing updates on our progress so far and planning our upcoming actions. ¡Sí se puede!

Emergency Response: Solidarity with the Refugees!

Over the last several weeks, people displaced by US economic and foreign policy from across Latin America have gathered together in a multi-thousand person caravan headed for the US-Mexico. These people are seeking asylum from oppressive puppet regimes propped up by the US government in places like Honduras, Guatemala, and El Salvador.

Since the weekend, as the caravanistas began arriving at the border, the troops and agents stationed there by the Trump administration have unleashed their arsenal upon the peaceful asylum seekers. What has happened resembles scenes from a warzone. Women and children in diapers have been shot with rubber bullets and choked by tear gas. Some–including children–are in critical condition from injuries suffered at the hands of these ruthless troops and border agents.

It is the duty of progressives and people of conscious to stand up in solidarity with these refugees and oppose this breech of international law at the border. Join UAO at the Sun Dial tomorrow evening at 5:15 for an emergency demonstration.

Honduran refugees have been moving slowly north towards the U.S. to escape from violence and poverty rampnt in Honduras. The refugees intend to seek asylum in the U.S., but President Trump has made it clear that he will do everything he can to stop them, including the construction of the U.S./Mexico border wall, deploying more than one thousand troops to the border, and even most recently, assaulting the refugees with tear gas and rubber bullets.

UW-Parkside SDS condemns these actions by our government and supports the refugees human right to escape violence. Join us on Wednesday to discuss the conditions in Central America and of the refugees. Stand with us to say, “Let them in!”

Emergency Call for — WELCOMING COMMITTEES FOR THE MIGRANT/REFUGEE CARAVAN”

CARAVAN TO THE BORDER: We the undersigned groups and individuals call on community, union, student and worker groups to hold “Welcoming Committees” at the U.S. border. Let’s bring food, water and aid. Let’s bring our bodies to welcome and show support for the thousands of refugees who are risking their lives to build a better life for their loved ones.

HOLD LOCAL ACTIONS: If you cannot get to the border, hold emergency actions in your city, town, workplace or school as the migrant and refugee caravan nears or reaches the U.S. border. Shut down ICE offices, rally at detention centers, and schedule rush hour marches.

We as workers, students and youth have more in common with the migrants who are fleeing conditions that have been manufactured by global capitalists and the Pentagon, than with these same bosses who refuse to pay workers a living wage or fight against enacting universal health care or workers’ rights.

As women, LGBTQ, queer and Trans activists, we extend our hand to our refugee sisters, brothers and siblings to build solidarity.

It is critical that we guarantee our opposition to every form of racism both at home experienced by Black and Brown people in every major city and corner of this country — along with fighting to say no to the racist policies that target Muslims, African, Caribbean and Latinx migrants. We say No Walls against Mexico or Palestine.

It’s important to remember that the refugees who embarked on this grueling march are doing so because of U.S. imperialist policies that have left a legacy of violence, oppression and crushing poverty forcing people to flee their homes and risk everything.

TO THE GI TROOPS

To those rank and files GI’s being sent to the border, we call on you not to go. If you are already there, then conduct work slowdowns, get sick, but most of all follow your conscience — don’t shoot or brutalize defenseless unarmed children, women and men.

The cost of this troop deployment is estimated to be $220 million: this is badly needed money that could be spent on schools, jobs and veteran services that have been slashed.

It’s urgent that we do everything possible to push back the Trump reaction which has ushered in a violent neo-right-wing current that threatens everyone. We cannot wait until the elections; we must mobilize now!

We call on all groups to cooperate and work together to make this happen. We urge those who are able to also join SOA School of the America Watch at the border (You can contact them at: www.SOAW.org)

Si se puede, Yes we can!

Katarungan: Committee for Peace, Justice and Human Rights in the Philippines

Solidarity with Novorossiya & Anti-Fascists in Ukraine

Assistance for the Resistance

CONCRETELY — This is a CALL — specifics will be regularly updated and all groups are encouraged to post their actions on this event page. At this time, there is only estimated dates when the caravan will arrive at the border. Welcome Refugee Caravan 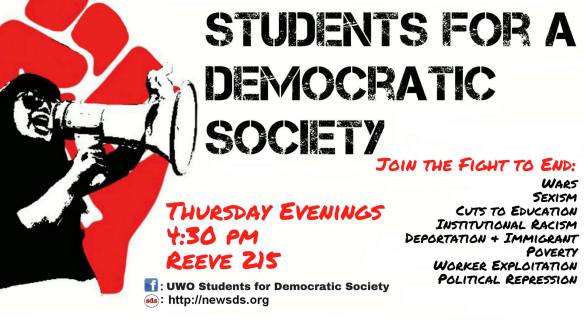